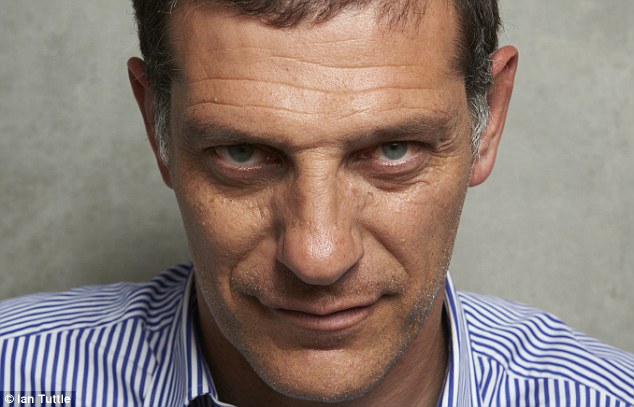 A lot of people will not like what I`m about to say but I`m going to say it because it`s my opinion and one that I am entitled to. I love Slaven Bilic, I think he`s a nice fella, he`s passionate about this club, he is good with the fans and he was part of a memorable season at the Boleyn last year BUT he is not the future of West Ham United. From the fans perspective, most of us were prepared to leave the Boleyn Ground on the condition that this club would be taken to the next level and whilst I accept that the first season at the London Stadium was going to be difficult, the Payet situation challenging and the list of injuries frustrating, I look at Slaven`s all-round ability to manage and I don’t see a top class manager there and that`s what I want for my football club, a top class Manager. To be specific, this is why I think we should part company with Slaven at the end of the season or after the Swansea game should we lose or draw.

Firstly, I don`t trust Slav`s ability to judge a player. A lot of people believe that the board are responsible for bringing players to the club but categorically, Slav has the final say on all signings so ultimately the decision is his. The two transfer windows this season has been a disaster. Feghouli, Nordveit, Calleri, Tore, Zaza and Fletcher top the list of piss poor signings who are just not good enough for the Premier League. I see alot of people say “I feel sorry for Slav, the board just haven`t backed in the transfer market”. This is bollocks. The board were prepared to pay over £40m for Lacazette but he didn`t want to come, the board were prepared to pay £32m for Batshuyai but Slaven took so long deciding on whether he wanted him that Chelsea came in so we lost him. Bilic wanted Ayew so the board bought him for a club record fee, he wanted Snodgrass and Font for £18m so the board gave it to him. Let`s be clear on this, the board will pay the right money for the right player but £14m for Gokhan Tore (which is what Bilic wanted to buy him for) was not the right player, so the board took him on loan instead and thank god they did.

Secondly, he is not getting the best out of his current squad of players. Look at our starting eleven? When fully fit, on paper that is a top eight side all day long, yet we now sit in 14th place just six points away from the relegation zone and the really worrying thing is that in my opinion 14th flatters us! The only reason we are not in the bottom three as it stands is because apart from just four games this season (Palace (H), Swansea (A), Southampton (A), MIddlesborough (A), we have been poor but fortunately still managed to nick a win from other sides that have been just as poor (Sunderland 1-0, Burnley 1-0, Bournemouth 1-0, Hull 1-0 for example). All I hear from people is how much the players like Slav? If that`s the case, why don`t they fucking play for him then?! One theory, and this has been confirmed by various sources including two players publicly, is that training is like a holiday camp at Rush Green. By all accounts there is no intensity with his sessions, not enough individual player focus, nothing impressive tactically and it`s so relaxed to a point where Slav even brings his dog with him in the mornings!! Now if this is the case, how mentally and physically prepared are the players going into a game on a Saturday? I see these players week in week out and they look like they just don`t care and I`m sorry, pre match preparation and player motivation is the Managers job.

Thirdly, I have to question his tactical ability. Why he persisted in playing Antonio, at times our top goalscorer and biggest threat going forward as a right back I`ll never know. Then, having finally admitted defeat with that, this season he then does exactly the same thing with Kouyate, one of our best midfielders. Again this decision has cost us points and he made this choice over an established right back in Sam Byram, god only knows what this would`ve done to his confidence. Slav made these choices over going to the market and making this position a priority. Slav also has no plan B. If we are getting beaten he seems to be out of ideas. Take Hull on Saturday as a prime example. I was there and when Hull were 1-0 down Marco Silva moved to a 4-2-4 formation and it changed everything, they won the game. What did Slav do when we were losing? He turned to Jonathon Calleri for the answer who is about as useful as a pair of sunglasses to a bloke with one ear!

Fourthly, how can a man who had a successful career as a Defender concede so many goals? He turned down the offer from Rio Ferdinand to be a defensive coach and I can`t help but think he made the wrong choice there because the players obviously need some direction on that training pitch. I also struggle to understand the role that Julian Dicks plays at the club? like all fans, I adore Julian but his daughter, Jessica Dicks has confirmed that he is not a defensive coach so what does he actually do? I`m starting to feel the the coaching staff is seriously lacking structure which again at this level just isn`t good enough.

Finally, I don`t know if Slaven has somehow used a Jedi mind trick on the fans at West Ham but Sam Allardyce used to get absolutely slaughtered for his “style of play” yet as a season ticket holder let me tell you that what I have seen this season is no better than what I saw under Allardyce. In my opinion, in the entire season so far we have played JUST 45 minutes of quality, dominating football at home and that was in the second half against Crystal Palace. Every other Premier League home game has been painful to watch! How can the fans call for John Lyalls sacking after finishing third but think Slaven is the best thing since Pornhub? I remember when West Ham got booed off the pitch after beating Hull under Allardyce, yet we get absolutely battered at home by Hull this season, incredibly manage to get a 1-0 win with the goal post being man of the match and the fans celebrate like we have won the Champions league?! I just don`t get it? Why does everyone think Slaven walks on water? Yes last season was a great season filled with some excellent memories but it`s not as if we won the league? Last season still came with its disappointments? We were embarrassed in Europe like we was again this season, we lost at home in the FA Cup Qtr final to an out of form Man Utd which if we would`ve won, we would’ve unquestionably have gone on to win the competition and then we fizzled out towards the end of the season which cost us a chance of a top 4/5 finish. Like I say, I love Slav as a man and I`m not saying he is a bad manager, I am saying that I don`t think he is a great Manager and a great Manager is what I expect for my football club these days. Unlike other fans, mediocracy isn`t good enough for me and in my honest opinion, people that want Bilic in charge at West Ham for the long term are thinking with their hearts, not their heads. Of course, I would love him to prove me wrong, honestly I would but I just don`t think he will.

Do I think the board are blameless for the season we`ve had so far? No, of course I don`t. Do I think the players are blameless? No, of course I don`t but unfortunately this is a results based business and the buck has to stop with the manager. Look at Leicester, they won the league last year but parted company with Ranieri and since doing so have gained four straight wins and a ticket to the Champions League Qtr Final. Chelsea were mid table when they parted company with one of the greatest Managers the game has ever seen, since doing so they are now on course to walk away with the Premier League Title. Palace have won four straight games under Allardyce now, a change in Manager was what they needed too and they are seeing the benefits. Swansea are a better side after appointing Paul Clement. I`m sorry, I love Slav but I love West Ham United more.

I understand that I represent the minority with this opinion but the game is about opinions and this is mine.