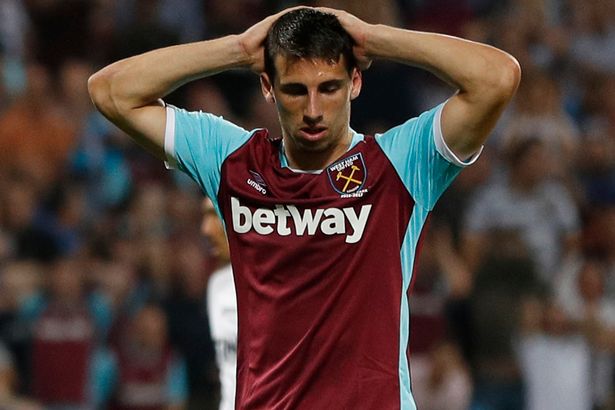 Hello Hammers. Here is todays lunchtime round up.

West Ham will target Slavisa Jokanovic in the summer, should they decide to replace Slaven Bilic. (Sky Sports)

I have never heard of this guy if I am honest. Even if I had, I do not think he is the guy that we should be looking at if Bilic does go in the summer. Slaven Bilic should only leave the club if we can guarantee that a top European manager will come in and replace him.

Jonathan Calleri says he hopes that he has done enough to get his first Premier League start for West Ham this weekend. (Standard)

Lots of West Ham fans have said on Twitter that they would like to see more of Jonathan Calleri towards the end of the season. (Football FanCast)

I admit, I have slated Calleri a lot since he has joined. However, on Saturday he changed my mind a little. Against Swansea, I saw something in him that makes me think he could turn out to be good for us. I was very impressed with his hold up play, and he also made some brilliant runs for the team. I hope he does get a chance to prove himself properly before the season ends.

James Collins is so important to West Ham when the pressure is on. (Newham Recorder)

Ginge has always been important to us. He may not be the best technically, but he always does a job when he plays. He loves the club and always gives 100%, which is something I have always loved about him. Some of our players need to take not from him in my opinion.

West Ham will make another attempt to sign Sunderland defender Lamine Kone in the summer. (Mirror)

I think Kone is actually a very good defender. He looked very strong in Sunderland’s defence when Allardyce was there last season. I wouldn’t be against the move, but I wouldn’t pay over the odds for him.

David Sullivan has hit out at claims that he and David Gold want to sell their stake at West Ham. (Daily Star)

I have no problems with them being the owners of the club. However, if they want us to progress then they have to spend big money. This summer is massive and they have to get it right, because if they don’t then a lot of fans will start to turn their back on them.