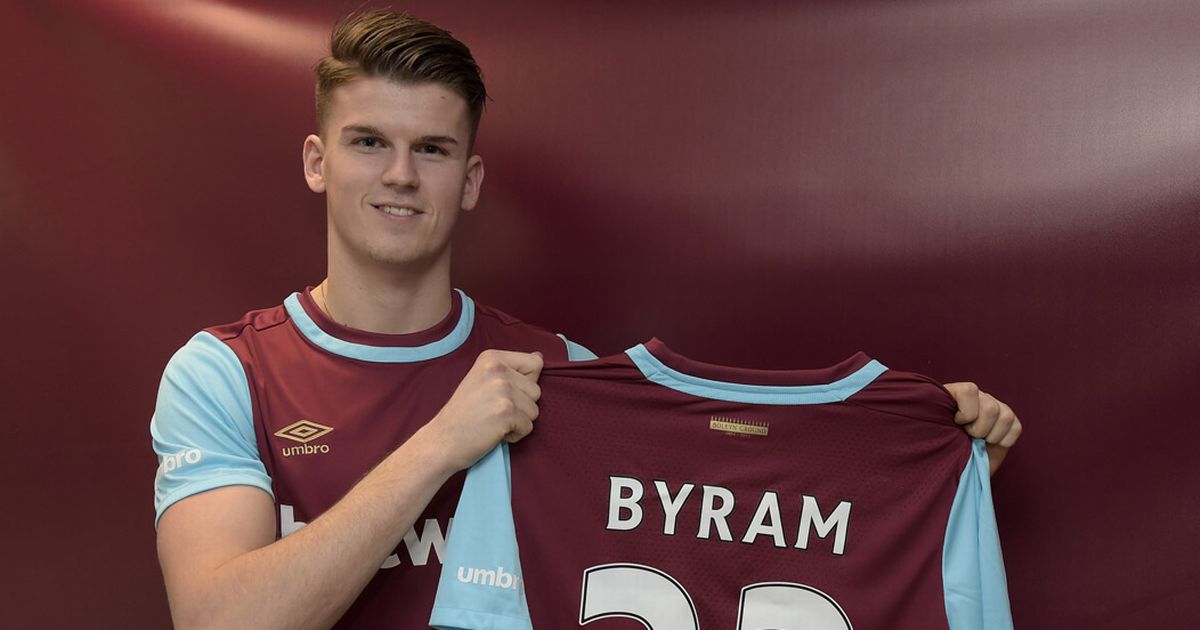 It wouldn’t be a day at West Ham without seeing your stand out player from the game limp to his car on crutches would it?

On Saturday I was lucky enough to be in Club London for a drink after the game with my friend Shannon who worked The West Ham Way event with me. We were leaving at the same time as a few of the players, including a rosy cheeked Sam Byram hobbling around on crutches! I couldn’t quite believe my personal Man of the Match was now injured and in pain getting to his car?!

I will admit Byram hasn’t always impressed me (perhaps because I was secretly a massive Carl Jenkinson lover) but I have loved watching him blossom and develop these past few games, throwing himself around the pitch and expertly blocking shots on target. With a few starts under his belt, and a vote of confidence from the manager and fans, Byram is becoming a controlled and confident player who I believe will be essential in taking us forward.

We haven’t had the best of luck this season with injuries and signings, but for me Sam is a perfect example of the standard of the type of player we have on the bench, and for some reason, are not playing regularly enough …

Burke, Oxford, Cullen, Fernandes and Fletcher are just a few players who we must utilise more! Whether they are on our bench our out on loan – It’s time to make these players feel important, before they lose sight of what it is lik to play for West Ham United.

Being a footballer shouldn’t be about turning up to a few hours of training, getting your wages and then never playing a full 90 minutes for your club. What discipline does this install? Does this encourage these youngsters to work for their money? I worry that never having a vote of confidence in a youngster kills their passion for the club where they ultimately lose sight of the badge and get caught up in the world of caring more about what nightclub they are going to that weekend, than if they are playing for the team.

In some ways I feel sorry for these players. I have friends that play for the club and I know that football is mentally and physically demanding. It can be demoralising to never make the team. I also know that if a manager isn’t giving players a chance to shine and feel important to our club, they lose their head and playing for our beloved club becomes a job and not a responsibility. I think Sam Byram is the perfect example of why we need to put more faith into our youngsters.

We have a great squad in the changing room. Let’s give them a chance to leave the London Stadium on crutches too!