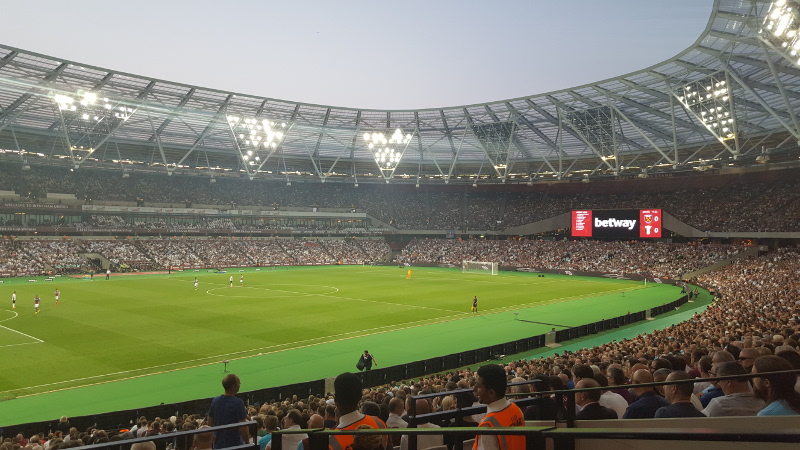 Written by Hammer and Talk @hammerandtalk

The mood has changed around the stadium as the season has progressed in my opinion. The best way to describe it is when a married couple both finally decide to put their cards on the table in a desperate act to save their marriage, obviously referring to the fans on social media saying exactly how they feel about the stadium and the ownership of the club. Since many fans have vented their frustrations, I feel the calm has most certainly followed the storm due to positive changes made by the West Ham board. Maybe this is just how I see it.

Since the beginning of West Ham’s ownership of the stadium there has been much improvement in and around the newly built stadium. An increase of stewards have been employed to aid the struggles of fan conflict within games. This has been a proven success. Also shelving has been placed in various blocks at the stadium to ensure fans can rest their drinks at half time during the break. Drinks are now being pre-poured in almost all of the blocks to ensure a shortage of queues.

Whether thoughts are of negativity or unrest, there’s no denying that things are improving around the stadium and the old saying of ‘Rome wasn’t built in a day’ has much more impact to West Ham fans now than than ever before especially whilst going from the fortress that is the Boleyn to the London Stadium.