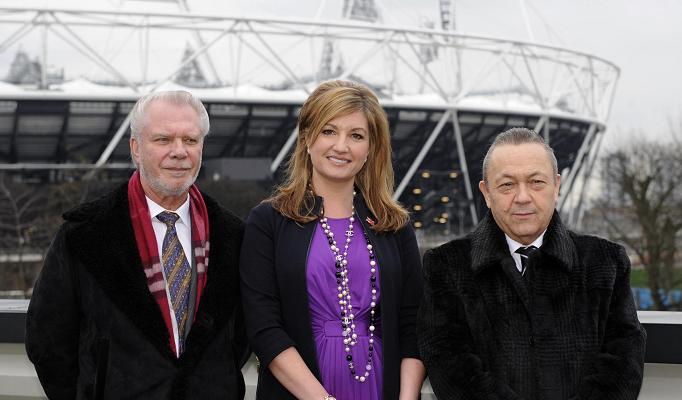 Isn’t it amazing how quickly football can change in just 1 week, with just 1 result; yet at the same time so incredible how quickly us as football fans forget.

On the 17th of January 2010 West Ham United were precariously perched above the relegation zone on goal difference with just 19 points from 21 games. The club was owned by Icelandic bank Straumur-Burdaras who injected a lot of cash into the club, demonstrated by the famous signings of Carlos Tevez and Javier Mascherano. Unfortunately due to the collapse of the Icelandic banking sector and miss management from the board, the club ended up in a reported debt of £110 million and were flirting dangerously close to administration.

On the 18th of January 2010 Mr Gold and Mr Sullivan bought a 50% share in the club and became the majority shareholders. That year we did manage to escape relegation; however were unable to repeat this the following season suffering a miserable campaign; something which I do hold the David’s completely accountable for as they refused to sack hopeless Avram Grant!

Having said that the appointment of Sam Allardyce and the injection of cash into the transfer kitty meant we were able to bounce straight back to the top flight at the first time of asking; something only 3 other clubs can boast of achieving in the last decade after finishing 20th in the previous season.

It is also worth remembering at the time of the clubs sale, the only other serious bidders were Tony Fernandes, the then chief executive of Air Asia, and Massimo Cellino, the owner of Italian football club Cagliari. Tony Fernandes went on to purchase QPR in August 2011 who have since spent an estimated £124 million on transfers, suffered 2 relegations from the Premier League and  are now currently lingering around the bottom half of the Championship with no return to the top flight in sight.

Mr Cellino on the other hand went on to purchase Leeds United in 2014 and has since attracted nothing but controversy, not to mention the dismissal of 7 managers in 3 years! This gives you an insight into what may have happened to our beloved club, not to mention what administration could have resulted in, you only have to ask Charlton and Portsmouth fans about that feeling. The David’s have since managed to stabilise the club financially, which has allowed us to develop into a profitable Premier League football club again.

The David’s should also be recognised for their bravery in letting Big Sam leave and appointing fan favourite Slaven Bilic to take charge of our final season at Upton Park. Allardyce would have been a certainty to maintain our Premier League status going into the Olympic Stadium there is no doubt. This change meant we were able to achieve one of our best league finishes and witness one of the best players to ever represent West Ham; although he will not be named for obvious reasons.

With 11 players arriving over the summer David Sullivan has since come under a lot of criticism for the lack of quality brought into the club, with some reports suggesting he went for quantity over quality. None of the signings have made a real impact on the squad yet but at the time the players brought in did look like they would improve the team.

Sofiane Feghouli was singed from Spanish giants Valencia where he scored 31 and assisted 40 goals in 202 appearances. He also has 40 caps for Algeria and previously won the Algerian player of the year in 2012. A fairly respectable return and a player who was in high demand on a free transfer at the time. Simone Zaza was signed from Serie A title winners Juventus where he scored 8 goals in 24 appearances and ironically demonstrated his scoring ability in the opening game of at the London Stadium.

At the time these players looked like fantastic coupes from big European clubs but unfortunately they have struggled to settle in the Premier League. The efforts to try and sign a marquee striker were obviously well reported and I’m hopeful that the club has finally learnt not to spread its transfer intentions all over the media.

I also believe the London Stadium has been used a scape goat for our poor results this season. Unfortunately the transition from Upton Park to the Olympic Stadium has been bumpy to say the least. Having said that I do believe a lot of fans were deceived by the final season we were lucky enough to experience at the Boleyn. Thankfully the team gave Upton Park a tremendous stadium send off last year with some unforgettable victories; however in previous seasons this has not been the case. In fact I have personally experienced the most hostile atmosphere of my life at Upton Park following a 3-1 defeat to Wolves in 2010 with very emotive chants of “you’re not fit to wear the shirt”.

The truth is, when we were winning Upton Park produced an electric atmosphere, as does the London Stadium, noticeably experienced with victories over Chelsea, Palace and Swansea this season. When the results don’t go our way the atmosphere drops. It’s the fans who control the atmosphere, not the stadium. I know we sit a lot further away from the pitch compared to Upton Park and this does make a big difference, but I guarantee if we had experienced the same home victories at the London Stadium as we did last season, the stadium would have not been criticised as harshly as it has.

The move to the new stadium probably came a few years too early for us as a club but the owners had no choice to take the opportunity to move to the Olympic Stadium. You only have to look at Chelsea, Tottenham and Everton who are all building new grounds with increased capacities to see how quickly other clubs are growing.

As the club means so much to us fans it is natural to place blame when results aren’t going our way; but the reality is not many football clubs have progressed as much as us in the last 5 years and we do have the owners to thank for that. I believe our owners will carry us as far as they can before they will inevitably pass us onto a bigger investor, but for now we are in good hands.

With Sunderland coming up on Saturday a positive result will relieve the pressure further and hopefully see us finish the season on a high!