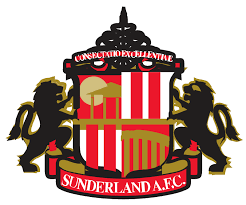 What a difference a week makes, 3 points in the bag and a clean sheet.  While I don´t think we should be patting ourselves on our backs just yet, we have stopped the dreadful run of results and while it was not the prettiest of games it was a welcome result.  Travelling to Sunderland is never an easy game but after last week´s victory I am looking forward to it more than I would have been had we lost to Swansea.

I´m sure many people would have liked Sunderland´s David Moyes to have been our manger at various points over the years.  He was very successful at Everton at earned his chance at a top club.  I´m not sure what went wrong for him at Manchester United but since that time nothing has really gone well for him.  I feel sorry for Sunderland as they let Sam Allardyce go to England only for him to pop up at a rival club and take them clear of the drop zone.  The black cats are in dreadful trouble and are 10 points from safety and only 1 point from their last 6 games doesn’t make me think that they are showing any fight this year.  Ex hammer Jermain Defoe has managed 14 goals so far this season, lets hope he doesn’t get to 15 Saturday.

West Ham United can now go into what could have been a very tricky fixture with a bit more confidence. Currently standing 14th in the table level on points with 4 other teams, winning could catapult us into the top ten, not that we fully deserve it.  We were not great against a poor Swansea team, but produced the only real bit of quality of the game when Kouyate scored from outside the box.  Hopefully he can do it a bit more often between now and the rest of the season.  The win against Swansea was our only points in the last 6 games.

Team news for Sunderland is that Bryan Oviedo will miss the game but John O´Shea has returned to training this week.  Fortunately Seb Larsson misses the game through suspension as I always felt he scored against us in the past.  Jermain Defoe used to score against us for Spurs but so far not for Sunderland.

West Ham United see Antonio join the “out for the season gang” which already includes Ogbonna, Tore, and Obiang.  Next to join this club? Who knows.  Reports that Sam Byram left last weeks game on crutches are true but he has managed to recover thankfully this week.  Creswell and Carroll are also back in the squad while captain Mark Noble is suspended.  I have heard that Sakho is nowhere to be found…Probably not the last we will hear from this story.

I will stop thinking that Slav will make a change with the Keepers he seems to have faith with Randolph for the time being.  I think he should also resist the urge to put Cresswell straight back into the team.  Feghouli should start over Snodgrass as he really made a positive change when he came on last week.  Fernandes coming in for Noble is an obvious choice.  There is not long to go in, what has been a disappointing season to say the least.  But there is a chance to turn the tide and show a bit of form towards the end of the season and try to give us fans something to cheer and be proud of from now till the last game of the season.  I expect nothing less and think we can go on to win this game 0-3 with goals from Fernandes, Carroll and Calleri from the bench.