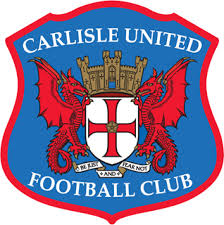 Back in the early part of 1980, a young boy from Carlisle walked into his local record shop and walked out a few minutes minutes later with a new record under his arm and a new football team to support.

The youth in his market stall drainpipes was me, the record was ‘I’m Not A Fool’ by Canning Town’s Cockney Rejects and the football team was West Ham United.

Fast forward 37 years and I’m down from Carlisle at The West Ham Way event, talking to Keith Robson who played in the first game I ever attended, the Cockney Rejects’ version of ‘Bubbles’ is playing out over the venue’s PA and I’m wondering what would have happened if I’d walked out of that shop all those years ago with a Chas and Dave record instead.

I wasn’t aware of the Cockney Rejects’ connection to West Ham at first despite the list of some well-known West Ham ‘faces’ who formed the band’s road crew on the back of the record sleeve. My mates were also impressed by the music, especially by the B-Side ‘East End’ which mentioned the ‘Mile End Mob’. We had no idea who the ‘Mile End Mob’ were and didn’t have a clue where this ‘East End’ was but it sounded very punk rock.

Growing up in Carlisle back in the late 70’s, most kids who weren’t Carlisle United fans followed either Liverpool or Manchester United. I was regularly attending Carlisle home games with my old man but had now decided my ‘other’ team would be West Ham because that’s who my new favourite band supported.

I’d seen West Ham play at Carlisle United in November 1975 – my first ever game. West Ham won 1-0 with a Frank Lampard goal, I went home after the match to watch Dr Who and didn’t really give West Ham United any more thought until a few years later.

Fast forward to May 1980 and I’m sitting in my living room warming up for the FA Cup Final by watching the Rejects’ appearance on Top Of The Pops with their version of ‘Bubbles’. Me, my cousin and a couple of his mates had recently formed our own punk band until later that night when our guitarist decided the Rejects were shit, stopped us from using his mum and dad’s gear and started buying Gary Numan records.

Back then I thought every year I would be sitting down to watch West Ham in a final. After the 1980 final was over, I cycled down Green Lane in Carlisle in my new Hammers’ shirt, got called a “West Ham wanker” and had a can of Top Deck chucked at me by an older lad with a plaster cast on his leg before heading home to the reality that it would be another 26 years before I’d see the team in an FA Cup final again.

Fast forward again to the mid-80’s and I’d moved down to Kent. By this time, the Rejects had turned heavy metal before splitting-up and I hadn’t played any of their records for years but at least the trips to E13 were easier. One night I met two blokes from Belgium in a pub in Kentish Town who told me they had started following West Ham after becoming fans of the Cockney Rejects. Our stories were very similar. I reckon that band have done as much as anyone to spread the West Ham word around the world. They obviously reached as far as Belgium and Carlisle anyway.

Fast forward to the present, the Rejects are back together again, I’m listening to ‘Bubbles’ over East Ham with my mate (another Carlisle boy who started following West Ham after watching the 1975 Cup Final on TV) and thinking that following West Ham has been a bit like the Cockney Rejects’ career – long, chaotic, sometimes brilliant and sometimes a bit shit but a bond that stays with you for life.

As the Rejects sang back in 1980 – ‘The kids they come from everywhere, the East End’s all around’.