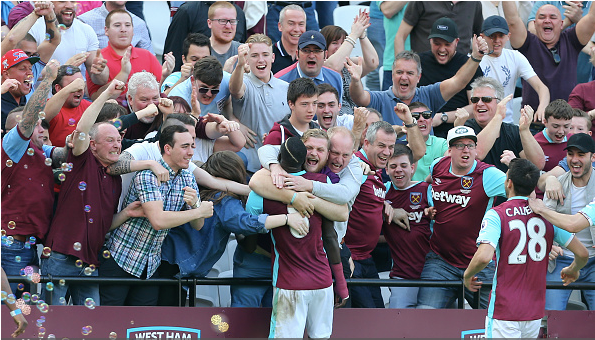 Slaven Bilic is set to turn to Diafra Sakho for the clash against Everton this weekend. (Evening Standard)

I have to admit, I am very against this decision by Slav. I cannot believe that Sakho is being allowed to walk straight back into the side for a second time. I do not want him anywhere near the starting team and I believe that the chance should be given to Jonathan Calleri.

Sam Byram and Andy Carroll will be absent from the matchday squad this weekend. (Football Insider)

We all knew that Sam was going to be suspended this weekend, but it is still a shame. With regards to Andy, its just something we have come to expect. I just hope he makes a quick recovery.

Slaven Bilic has now confirmed that West Ham will look into a deal for John Terry this summer. (Star)

It was revealed last night that we may look to bring him in as a player/coach, and I am happy with that. He would bring so much to the squad and could really teach our younger players a few things.

FC Koln striker Anthony Modeste will cost West Ham £25million if they want to sign him this summer. (TalkSport)

I have heard a lot of people talk about him, but it doesn’t interest me. I have my own personal preferences on who we should sign, and they have already been linked with the club in the past. I would consider Modeste if we do not get our other targets.

Jonathan Calleri is being linked with a summer swict to Inter Milan. (HITC)

I hope this doesn’t happen, because I really want Calleri to stay with us. I think he has shown signs of being a quality striker, but he needs the opportunity to prove it. With Carroll being injured, I hope he gets a run in the team towards the end of the season.

Glenn Hoddle says he thinks West Ham will take drastic measures to solve their woes for next season. (HITC)