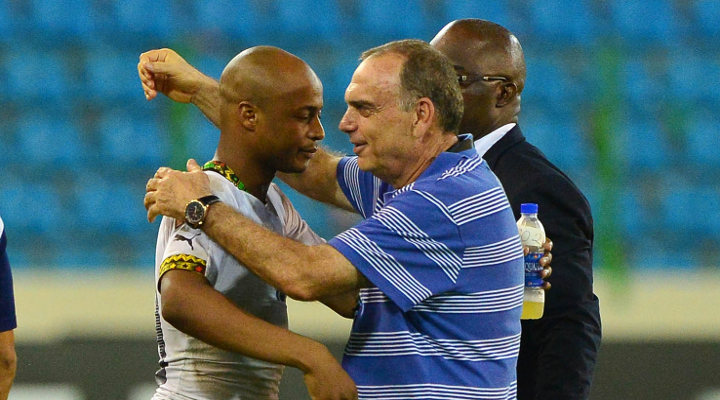 Writing an article based on your own opinion is difficult, but that’s what makes the beautiful game so great; it’s based on opinions. First & foremost I want to start with the season we’ve had thus far. Putting it bluntly, it’s been a complete shower of shit. I honestly can’t remember it being this disappointing & deflating watching West Ham United in the 25 years I’ve been a season ticket holder. The Avram Grant era was probably the worst I’ve seen, but on the other hand we wasn’t heading into the ‘most exciting season in our history’, so the expectation was never going to be high. Let’s not beat around the bush here – it was always going to be extremely difficult moving into a new stadium. Especially from a stadium as iconic as the Boleyn ground. I for one was excited and very much ‘pro’ stadium move as I made that clear on various articles & on our weekly radio show with Dave and Ex. The chance to move to a 60,000 seater stadium with the likes of Payet, Lanzini, & Bilic at the forefront of this amazing project to spearhead us into this exciting new era appealed to me in abundance. Having a player of Payet’s ilk should have been one of the main focal points of this ‘project’ to really take us to the next level; similar to when Manchester City signed Robinho all those years ago. I’m not comparing the two players, nor do we have a bottomless pit of funds like City, but Payet was without a doubt the name on everyone’s lips in world football during the Euro’s last summer & was nominated for the Ballon D’or. We should have used that to our advantage to attract quality players to the club. THIS is where Bilic failed for me. Regardless of what people want to think there was money there to to be spent and it was spent very very poorly. We had the chance to sign the likes of Benteke and Batshuayi – Strikers of that ‘next level’ calibre that I believe would have joined us. At £25-30m each a piece, we had the money but it was used on Andre Ayew for £20m (a panic buy in my opinion), and a £5m loan fee for Simeone Zaza with a view to a £25m permanent deal should he be successful after a certain amount of games. So the money was there to be spent, however, Bilic stalled on both players because he was too busy making everyone laugh jumping on tables during the Euro’s, which inevitably resulted in them both going elsewhere. Prior to that, Alexandre Lacazette was heavily linked with all sorts of figures being thrown around for a possible transfer. THIS is where the board have failed for me. We aimed way too high at such an early stage of this new ‘project’, and making it as public as it was didn’t do the board any favours. Especially after ending up with Zaza and Calerri. Lacazette is a player I could see playing for the likes of Arsenal and we are nowhere near Arsenal’s status to attract a player who scores 30+ goals a season – as proven for the past few years. This is where false expection was built which has led to bitter disappointment. And like I said, this lays with both the board and Bilic between them.

Although it might sound like I’m leading a hate campaign towards Bilic, we have to face reality here. Too many of his mistakes have been swept under the carpet this season by using the stadium and various other excuses for him. This is the messiah who insisted on not needing a right back which has cost us so many points this season. He persisted on playing players out of their natural positions to fill the void instead of using Sam Byram or Alvaro Arbeloa time & time again. Yes, there’s been a lot to deal with regarding the stadium move, Payet, etc, but why didn’t Manchester City have these problems when they first moved to the common wealth stadium? Their billionaire owners took over 2-3 years after their move, yet they still didn’t have the problems we’ve had. I didn’t want to leave the Boleyn Ground – I spent 25 years of my life there. But I’m also fed up of mediocricy year after year, and I’ll put my reputation on the line by saying this: Slaven Bilic isn’t the man to make this dream a reality. He can’t keep on living on his reputation from last season – Ranieri won the league with Leicester, was sacked, and they won 6 in 6 games. Mourinho steam rolled the league with Chelsea the season before he was sacked, and what happened when he lost his job? You guessed it, they started picking up points. It’s not the stadium’s fault Bilic has played players out of position all season, it’s not the board’s fault for Bilic not having a plan B or being able to motivate his players to show the fight we need to get out of this mess. Bilic’s job title is ‘football manager’. He’s supposed to manage a football team and he’s not doing that properly, is he? He also employed his backroom staff, who must I add, nobody knows what on earth they do! And then there’s the situation with Diafra Sakho. What is Slav going to do about this. It’s clear to see that Diafra is a bad apple after various rumours have been doing the rounds. Morgan Amalfitano once crossed Bilic and never played for the club ever again. Why is the situation with Diafra different to that? He’s spent most of the season injured, everyone at the club has been patient with him, and he throws his toys out of the pram when he’s ‘fit’. The joke is if he wasn’t so injury prone he’d now be playing for West Brom!

For the first time in my life I’m going through the motions with West Ham at the moment and I just can’t wait for the season to end to be honest. Between the manager AND the board, this season has just been a complete & utter let down for our amazing supporters.

But they also know that Win, lose, or draw… We’ll always be by their side.
Kevin Slade
(Sex Drugs & Carlton Cole)
share