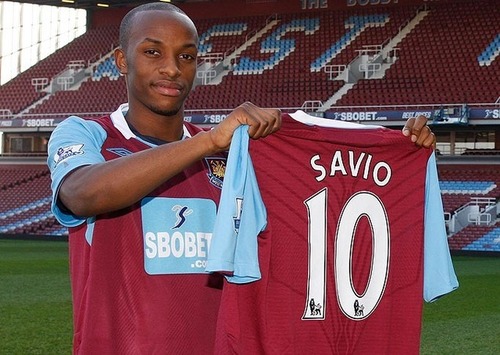 Make no mistake this is a huge transfer window for The Club and they simply have got to get it right. I think us fans must also be realistic in our expectations. We are in a similar position as a young couple, moving from a two bedroom flat to a four bedroom house. In most cases it will take time to get the house to the standard the couple want it to be. Same with West Ham, just because we have moved into a new Stadium, it does not mean we are flush with cash. It will take a bit of time before we can start benefiting from the extra revenue. Another problem is most clubs generate money via player sales on an annual base that the manager can add towards his existing transfer kitty. During the last seven years we got five million for Scott Parker, ten million for James Tomkins, and twenty five million for Dimitri Payet. A pittance really. As a result very careful profiling of a potential new signing has to be done, we have to minimise as much as we possibly can that a player flops, even then we cannot guarantee that a new signing will be a success. Signing a player for say £30 million and he flops means big trouble, and has a knock on effect on the next two transfer windows.

A lot of fans say sell this player and that player they are crap! The trouble is other clubs don’t WANT OUR CRAP! When you go to Tesco do you buy stuff that is past the sell buy date? Not a chance! Neither do football clubs! We could most certainly do with some of our youth making the grade. Time to stop sending Josh Cullen out on loan after loan and raving about his great performances for Bradford. We need him put in the squad and used! Even if he has a couple of bad games so what! That is how Southampton Football Club do things and they have a very successful Youth Academy. Even if they are 16, 17, or 18 and they are good enough they play! If they have one or two bad games they don’t shove them out the door!

So what do I hope we spend in the summer? Bearing in mind we got twenty five million for Dimitri Payet. I would be happy if we spent between 50-60 million. That should enable us to bring a bit of quality in.The key to a successful window is, getting in early and getting and getting deals done !It gives the manager enough time then to fully integrate the new players into the squad and a proper pre-season, which of course cuts the risks of injuries. What we don’t need is Barry Silkman ‘specials’. Strikers playing their football in The Zambian or St Helena Island second Division and being told he has scored NINETY goals in 78 appearances and is the next Messi! Then the player pitches up and makes Savio look like George Best! Please no more time wasters! The Club are perfectly capable of delivering a good window. Most of you know my opinion of The Board…but loathe them or like them. David Sullivan for one knows his football, most of the footballing world for example had NEVER heard of Neymar till we were linked with him. The time to deliver is now.

I do not expect every signing to be mouth-watering either, value for money is essential. I’m happy with Adrian as a goalkeeper, but Randolph is Bobo the clown mark two in goal, poor at crosses and time and again beaten at his near post. Not good enough. I’m not expecting us to sign the likes of Joe Hart or Butland, just a good steady goalkeeper to via with Adrian for the goalkeeping spot. I’m happy to keep Byram, but we need a top class and experienced right back ahead of him. I’m happy with both left backs, yes Creswell has not performed to his previous high standards, but you don’t become crap overnight. It’s a case of regaining his confidence. At centre back I’m happy with Reid and Ogbonna but worried about having to pair Collins and Fonte at some stage of the season. Too old and too slow! Teams will do us for pace every time! Sadly I can see Collins having to make way, with either one of the two Reece’s stepping up or another centre back brought in. In midfield we need some creativity to help Lanzini, possibly another defensive midfielder. One player I like who is not heralded, is Brighton’s Beram Kayal, I have followed him from his Celtic day’s to present day, a West Ham player through and through.

Lastly we come to the forwards. If you are insisting on playing Noble you need pace ahead of him. So I would like to see a really pacey right sided winger brought in.The strikers are where the money needs to be spent. We need two quality strikers. We simply cannot rely on Carroll or Sakho that has been proved over and over again. We have been linked with Daniel Sturridge who barring he is fit I would love at the club. A good pacey proven striker who knows where the goal is. I would also like Toni Martinez to be promoted to the first team squad and kept there. It’s undoubtedly going to be a busy window with no room for error. The Board, Tony Henry and Slaven Billic have got to get it right from the off! We are more than a football club, we’re a way of life!