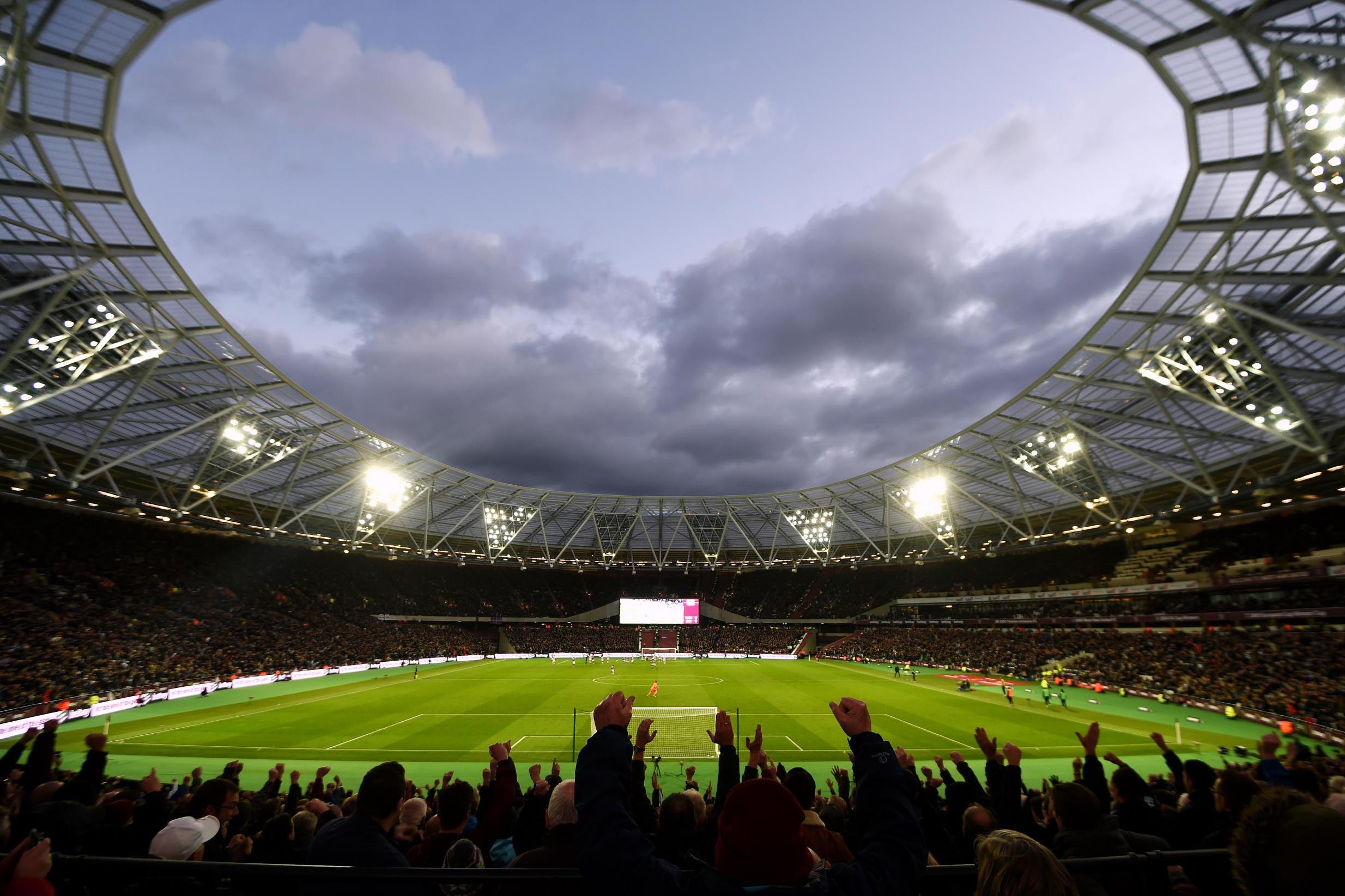 We are now into the last month of the football season, we have finally secured our premier league status and for those of you that were not aware, we had an excellent result against Tottenham yesterday.  For this reason, it seemed like a good time to have a brief reflection on our first season at our new home.

Now for many they certainly wouldn’t call it home and I do understand because I feel the same. I have spent the majority of the season feeling depressed that I was no longer making the journey to Upton Park and wishing I could be back there. However, what I will say is last night West Ham fans proved many wrong, by creating an incredible atmosphere that any West Ham fan would be proud of.

We have had our fair share of trouble and grievances this season.  We have had the sit/stand debate, the crowd/stewarding trouble, the Antonio right back situation, the Dimitri Pay-it…. (I’ve forgotten how to spell that guy’s name) drama, the Sam Byram IS a right back situation, the Noble questioning, the Bilic in/out debate, the usual Sakho/Carroll fitness issues and of course the media hate towards the club.  Sadly, most of this season seems to have been full of disappointment, negativity and frustration, we have struggled both on and off the pitch, but I believe there was a turning point in January when a certain Frenchman left the club and everyone united together.   Don’t get me wrong, it didn’t turn around completely and some of the problems still exist, but this appeared to bring the team together if nothing else.

For me, all I ask from the players is to give 100% and play with passion, if we are shown this then I believe the crowd always get behind the team and give 100% back to the players.  I struggle to recall many occasions that I have walked out of the stadium feeling that this was the case, but this was certainly the case last night. The atmosphere was electric, the fans came together, the players battled for the whole 95 minutes and did not let up.  This was by far our best team (and crowd) performance of the season and I left the stadium on a high!

To summarise, this season has been incredibly tough and disappointingly there haven’t been too many highlights.  It was never going to be easy, we left our beloved Boleyn after an unbelievable and somewhat extraordinary season, far surpassing anyone’s expectations. I don’t believe that the London Stadium could ever have lived up to that, even if we had of continued that kind of form (although it would have helped for sure). I think if most fans were honest; they would probably agree with my view that we perhaps got a little carried away with the expectations for the 2016/17 season. We certainly were brought back down to reality and it was a reminder of the West Ham we are all so familiar with.  Last season’s success combined with the heartbreak of leaving our adored ground, was hard for everyone to comprehend. However, I feel like things can move on from here, we all know what the team is capable of, but more importantly what the stadium can be like if it all clicks into place. Last night felt like we had a massive house party and that our house finally began to feel like our home. All I ask for the 2017/18 season, is to give some of our youth players a chance, the players to show passion and commitment and finally for the fans to unite as one and I then believe the stadium will become our new home. Oh and of course a decent fit striker, but that is a whole other article!!

Did you feel that it finally felt like it could be our home? Let me know @flump9 on Twitter.