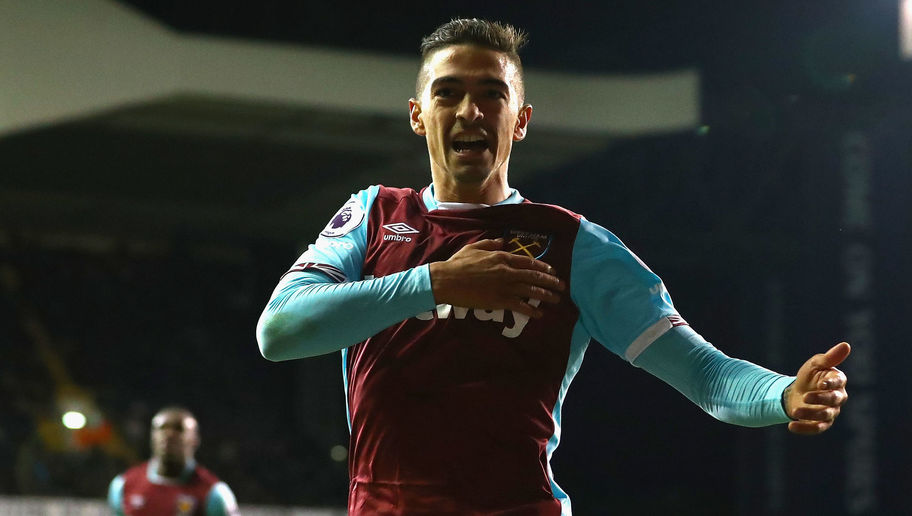 After Friday nights brilliant performance and result against Tottenham Hotspur we confirmed our Premier League status for next season and also stopped Spurs effectively having a chance of winning the league ( its happened again…).

I thought everyone on the night was brilliant the fans,players and also Slaven Bilic who I thought got his tactics absolutely spot on despite some questions being raised when the team news was confirmed,but one man in particular stood out for me and that was Manuel Lanzini. In a season of up’s and lets be honest quite a few down’s Manu has stepped up massively especially since Dimitri Payet’s departure in January. He along with the likes of Antonio,Reid and Obiang have been consistent performers for West Ham this season and he has gone on to make himself a vital player for us.

You only need to look at his stats since January when he became our main creative man to see how pivotal he has been for the club by scoring some important goals for us and grabbing a few assists.

I’ve always been a big fan of Lanzini. You can’t fault the guy for his work rate going forward and coming back when needed. On many occasions last season we see him during games beating opposition players with ease and getting into the right areas when the opportunity presented itself but there was always a claim that at times he would often go missing. This season after missing a few games due to an injury sustained at the Olympics with Argentina, upon his return he began to show glimpses of the player he can become but once again fans at times claimed that he would still drift in and out of games far to often. For me the moment he began to really assert himself was in our away victory against Crystal Palace in October, where he netted the winner and absolutely run the show, we were on a poor run of results and hadn’t won away from home so far in the Premier League. Obviously we are all aware of what took place in the lead up to the January transfer window and despite the negativity we managed to put a run of form together and Lanzini was one of the main reasons for our upturn in form. I believe he has relished stepping out of other players shadow’s and asserting himself as one of our key players and long may this continue because I think he has the talent to be one of the best players we have seen pull on a claret and blue shirt in many years.

For me personally Lanzini is the player we need to build our team around. You could see on Friday night just how important he is to us the fans, his team mates and Bilic. He was giving Kyle Walker the run around after the first few minuets, helping out defensively, dropping deep to collect the ball to begin an attack and going past the Spurs players as if they wasn’t there and once again popping up in the right area to net our winner. You could see how much it meant to him as he ran towards the fans and displayed the hammers sign in celebration at his goal and once the cheering had stopped his song was belted out around the London Stadium.

It came as no surprise to me that he was voted players player of the season at our award ceremony on Tuesday, also coming runner up Hammer of the year to Michail Antonio due to his performances this season. Hopefully we can manage to keep hold of Lanzini for many years as I’m sure he will only get better and better.