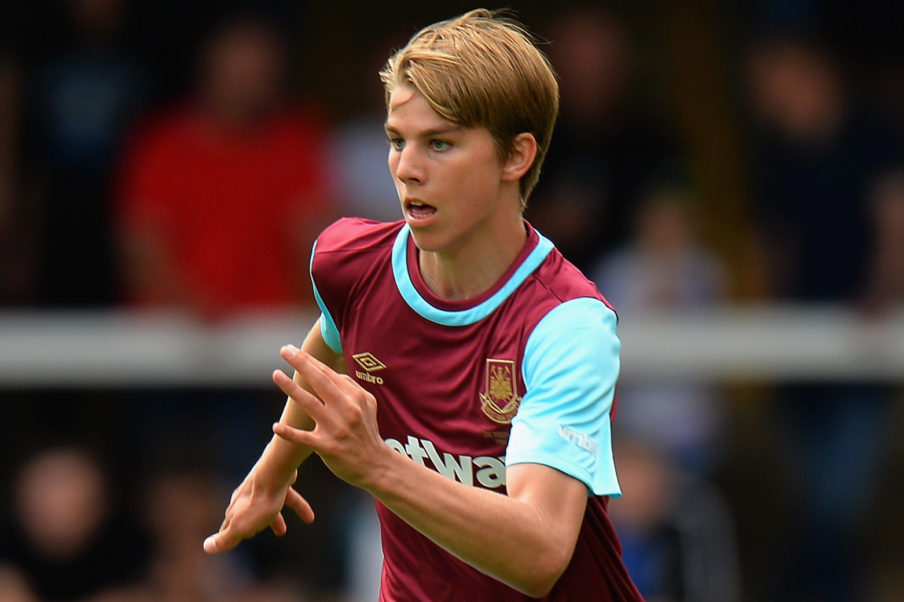 In July 2014 the club completed a much needed overhaul of The Academy, with Terry Westley replacing the legendary Tony Car as director of The Academy. Frankly, an overhaul was long overdue. We were producing quantity and not quality for far too long. Many people lived in the past, thinking we had a whole array of rich talent waiting in The Academy for a chance to prove they could be the next Peter’s, Moore or Hurst.

After every poor run of results, whether it was Zola, Grant or Allardyce, the cry would be “Play The kids from The Academy! They will play for the shirt!” Well, you can play for the shirt all you want, but if you are not good enough forget it. Sam Allardyce got slaughtered for picking youngsters against Nottingham Forest in The FA Cup when we lost 5-0. Kids at 21 or 22? Do me a favour! When was he supposed to play them? Two of the brightest stars were Elliot Lee and Rob Hall, and where are they now? Luton Town and Oxford United. Says it all really. Granted, it is tough getting young talent to join the club in the first place. There is an ever decreasing pool of youngsters which clubs are virtually fighting over to sign.

Part of the problem is that a few decades back, families would often have 4, 5 or 6 kids. Now a typical family consists of 2 or 3 kids. Back then kids would head to the local Park, put jumpers down as goal posts, play till tea time, then after tea it would be back down the Park again! Kids would all want to be their personal hero. With the internet explosion things are different now. Instead of kicking a ball around, kids are updating their Facebook status or playing Call of Duty. The only football action they are likely to see is when they play FIFA.

The appointment of Terry Westley as Director of the Academy came as no surprise since he was Gold and Sullivan’s youth Academy director at Birmingham City. In his first year at The Club, Westley saw the U 21’s relegated from the The Premier League Division One without winning a single match. Yet Karen Brady rewarded failure by giving Westley a new five year contact. There have also been charges of nepotism against Westley, with his son Sam following him from Birmingham City. Clearly not good enough, yet he is kept on by The Club while other far more deserving players have been discarded.

However, it would be unfair on Terry Westley to say there has been no progress at The Academy. There has. The Club has gone about signing some talented youngsters who had been discarded by top Clubs, as well as players who turned down deals at their existing Clubs. We have signed the pacey and talented Nathan Holland from Everton, who has already made the bench this season, and former Chelsea midfielder Domingos Quina has had rave reviews for his performances for the U23’s. Another rising star signed from Chelsea is U23 captain Declan Rice, has also made the bench. Toni Martinez, who has been a virtual goal machine at U 23 level, has done well at Oxford. Last but not least, my personal favourite, the wonderfully talented and elegant Martin Samuelsen, who can play down either wing or in midfield.

So as we can see it’s not all doom and gloom at The Academy of Football. In the harsh world of professional football even talented footballers, for whatever reason, sometimes fail to make the grade.

I think few would argue that at this point the title of The Academy of Football belongs to Southampton Football Club. They have made big money bringing on talented youngsters and then selling them on for huge transfer fees. They don’t send youngsters out on loan after loan and then discard them. What is the point of that? Copy Southampton’s model! If they are old enough play them! At some point as in life, you must sink or swim in football. At Southampton Football Club, whether you are 16, 17, or 18, if you are good enough you play! One or two bad games? No problem! Youth players are kept in the squad, enabling them to develop a first team mentality. Are you telling me that you would back the likes of Jonathan Calleri over Toni Marinez? Must be having a laugh surely? Fair enough, if The Youth are given a fair crack of the whip and they fail then it’s time to tell Terry Westley that he is the weakest link. However, if Southampton can do it, so can West Ham. With The Academy costing four million per year to run it’s simply got to produce results. There is no reason why we cannot reclaim our worldwide reputation as The Academy of Football from Southampton. Over to you, Terry Westley!