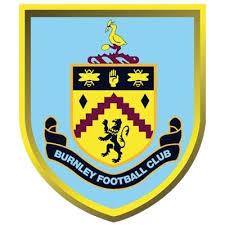 The less said about the Liverpool game the better, losing our last home game 0-4 was somewhat embarrassing, all it did was show me that most footballers really don´t give a damn about the club they represent.  I´m not sure how badly they have to play for young players to be given a chance. With that, our Chairman Mr Gold has put out a disappointing  tweet this morning which has hit a nerve for me.  Talking about the “Internationals” in our team being hard to force out. Well they bloody well didn´t try very hard to stay in the team last weekend.  He speaks of our Internationals as if they were playing in top International teams.  We have a Norwegian, Swiss, Kiwi and a Welshman.  Not exactly Major nations.

On to the last game of the season, where we travel to Burnley.  I´m sure they will be over the moon with this seasons efforts, seeing them just 2 points behind us and sitting nice and safe in 15th position in the league. I´m sure their aim this year would have been to stay in the top flight which they have achieved mainly down to their great home form which has seen them win 10 times in front of their home fans and only 5 defeats.  Lets hope we can give them 1 more.  Although not much to play for, both teams really should be trying to win this game as it would affect final placings which we now know to be worth a lot of money.

A top half finish for the Hammers is now unreachable, no thanks to the 4 goals that went in last game out. But to me we really have managed to under achieve this season.  We have only lost the once in the last 6 games but also in that time we have only won twice.  Just not good enough for me.  Maybe I got carried away with all the hype last season, but I feel I was led to believe, that we were really going to challenge and things be different this year.  For one reason or another it hasn´t worked out.  Now I feel glad that we can finally call an end to this season draw a line under it and start looking forward to the next one.

Burnley see England International Michael Keane return from injury in time for tomorrows game.  Ben Mee will still be missing due to injury.

West Ham, of course will have a long list of injuries Winston Reid is now added to that list as he joins, Noble, Kouyate, Obiang, Carroll, Antonio, Masuaku, Tore, and of course my favourite Diafra Sakho on the sidelines.  There have been reports that Ogbonna has come back into training but I can’t see what rushing him back for this game will achieve.  Better for the club he recovers for next year.

I have heard that a lot of youth players might be represented on the bench this week I really hope that its true, but for me it’s too little too late, I really don´t like predicting that we will do anything other than win most weeks, but the manor of the defeat to Liverpool doesn´t put me in a confident mood.  I think we will lose this game 1 or 2 to zero which will put this season to bed finally.  By July I will be up and ready and looking forward to the coming season.

One last thing, well done to Manuel Lanzini for getting his call up to the Argentine National team.  Lets hope he goes on and becomes an International to be proud of.  And yes I know Fonte, Ayew and Kouyate are Internationals as well but my point works better with those above.