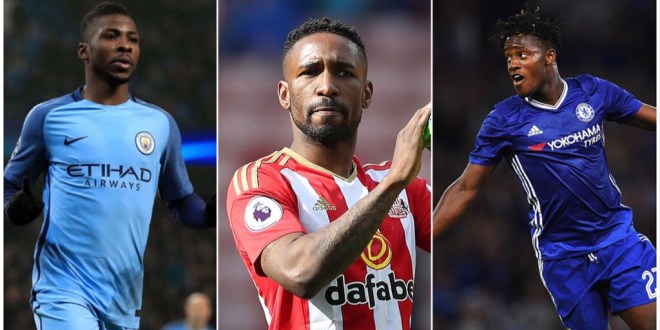 So after much deliberation and discussion with various people I have decided that I will be continuing with my columns over the summer.  I understand there are some people that are not keen on me doing so and I appreciate that opinion. One thing I would like to point out though is that I often hear negative news (from ex-players, agents, disgruntled members of staff) and rather than just putting it out for hits (which many others would) I often let the club know so that it can be dealt with internally, which is why in recent years I think the account/me has/have become more accepted by those working there.  Anyway, I simply would ask you to block/unfollow my twitter account and not read the website if you do not approve of me.

The transfer window has already begun successfully and I really think that Zabaleta is a great signing on and off the pitch.  He is a leader and a very popular player, as can be seen by his leaving video at Manchester City.  The player was signed on Wednesday but as I reported on the radio show, announced to link with the kit launch on Friday. I first reported our interest in the player in March and did regular updates on how this transfer was going proving that transfers are not “ruined” by my tweets.  Last week on the radio show/podcast I described the home, away and third shirt on and I will do the same tomorrow if you missed it.  The home is likely to be released in June and the third just before the season opens.   There has been some talk that Byram will leave because we have signed Zabaleta; I do not believe this is the case and that he will remain to give Bilic alternatives and injury cover.   I do not think we will sign another right back now so talk of Malcuit joining (who was once a target) and players from the German league are incorrect.

As I have repeated numerous times on twitter and on our radio show the two top targets for the forward position are Iheanacho of Manchester City and Batshuayi of Chelsea.  I find it staggering that a Nigerian website has been used as a regular source of information on this deal, as everything they have reported has been largely inaccurate including us winning the race to sign Henry Onyekuru a week ago and Iheanacho flying in for a medical on Sunday.  None of this was remotely true and they have benefit for numerous advertising clicks to their website.  We have an interest in Onyekuru but he isn’t first choice and a deal isn’t agreed and there has been no progress in the Iheanacho deal.  I first reported that a bid had been made last week, which sky and many newspapers then followed with.  The truth is we have put in our initial offer and haven’t really heard much back from Manchester City other then they want a buy back clause.  How this would work is that we would set an agreed fee, which we aim to be double what we pay, then if he does really well for us, Manchester City can buy him back for that price.  No other clubs could get him for that agreed fee with City and we could reject all offers bar Manchester City’s.  I understand their thinking on this because if he does do really well they would want to buy him back and can afford pretty much any price.  I guess Chelsea wish they had done the same with Lukaku considering they wish to buy him back.  At the moment the player is away with the Nigerian national squad, although he did pop back to Manchester at the weekend.  This is because there is a few issues that he needs to sort out including a problem with his former agent.  The talk of image rights is also wrong because the club do not pay them and after the tax investigation certainly wouldn’t be entertaining them now.  There are a number of clubs interested but he wants to stay in the UK to get citizenship here meaning that he would be able to move freely across Europe in the future (not knowing how Brexit will affect things) and he only has two years left here to get it.  We very much intend to get this deal completed and will also double the player’s wages to approximately £80k a week.  The deal will not be completed within the next couple of weeks so I would hold tight, stop reading and quoting random sources and hope the club do get this deal over the line.

The next signing we hope to make is Bathsuayi of Chelsea.  He has always been a top target and we will not know whether we can get him yet until Chelsea are clear on their forward options.  Costa’s future is unclear, they have also identified a number of forward targets including Lukaku and Llorente.  Solanke, a former target of ours, appears to be joining Liverpool so it all depends on what Chelsea do.

West Ham hope to sign both forwards if possible and have other forward options on the list, including Modeste who plays in Germany and the previously mentioned Onyekuru, if we don’t sign these two.  The club are no longer interested in Defoe, they felt his form had fallen away and his wage demands are now too high and he is likely to join Bournemouth with Begovic, who I think is a great signing for them.  We want to sign at least two forwards but do not see keeper as a priority.  John Ruddy from Norwich is being lined up as a backup keeper should we sell Randolph but we want to concentrate transfer fees and wages into the forward positions.

Calleri has returned to Argentina and the club are not sure whether Fletcher or Martinez are ready to play regularly in the Premier League so two forwards are the minimum likely to join with the injury records of Carroll and Sakho.  The club would listen to offers for Sakho and Carroll I believe but wouldn’t be likely to get any due to their injuries.

Off the pitch the club are very frustrated with the regular injuries and “miss diagnosed” players.  Mark Noble came out and admitted he had an injury which he kept quiet from the manager and the likes of Carroll and Sakho have regularly been given incorrect return dates.  Both have sustained some “strange” injuries this year but these are some of the stories I have chosen not to reveal.  This has meant that the club are considering a reshuffle of the medical and coaching staff.  Whilst official confirmation hasn’t been given yet, so things can change and may be inaccurate, I have heard that Stijn Vandenbroucke- who is the head of medical and sports science, could be being replaced by Gary Lewin in his role.  Gary Lewin is the former Arsenal and England National team physio, he was born in East Ham and is said to have been brought up a West Ham fan. He is extremely highly rated and will be brought in to try and improve our injury record. When Bilic met with the club last Monday to discuss his future he made it clear he didn’t want to change his coaching staff too much but was open to a medical reshuffle.  Slaven will be given other names that could be brought in to support him in future weeks but he may chose against them all.  The manager is currently recovering from a hip replacement operation so may not be too actively involved in the coming weeks however.

Jack Sullivan has been named as the new managing director of the ladies team.  I think this is a good move for both. Jack has been learning his apprenticeship at the club this year working in all departments.  This will give him vital experience for if/when he takes over from his dad at the club.  It will also help raise the profile of the ladies and well and truly bring them under the official club banner now.

We are interested in signing a number of wingers/creative players, some of which I will reveal on the radio show tomorrow but this depends on us moving on a couple of current players, including Snodgrass, who has attracted some interest from other clubs including Brighton, who are looking at a few of our players.   We will not sign a player yet in that position because it isn’t a priority position but with Tore leaving and potentially Snodgrass going there are a number of players that we are considering signing to replace him.

I will try to write regular columns but we also intend to do at least fortnightly radio shows where I will be bringing my regular news section, so it would be great if we keep up the amount of listeners that we have.  Once more I apologise to those who do not like the news that I bring but one thing I will state is that I am this club’s biggest fan (along with many of you).  I have been a season ticket holder for 30 years and travelled up and down the country supporting us.  If I believed I was harming the club I really would stop and have offered to do so a number of times to people within it.  Anyway, enjoy the summer and try to take every bit of news with a pinch of salt! Until it is on the official site, anything can happen and change, so if you only want factual news-I would suggest sticking to that site only.  COYI