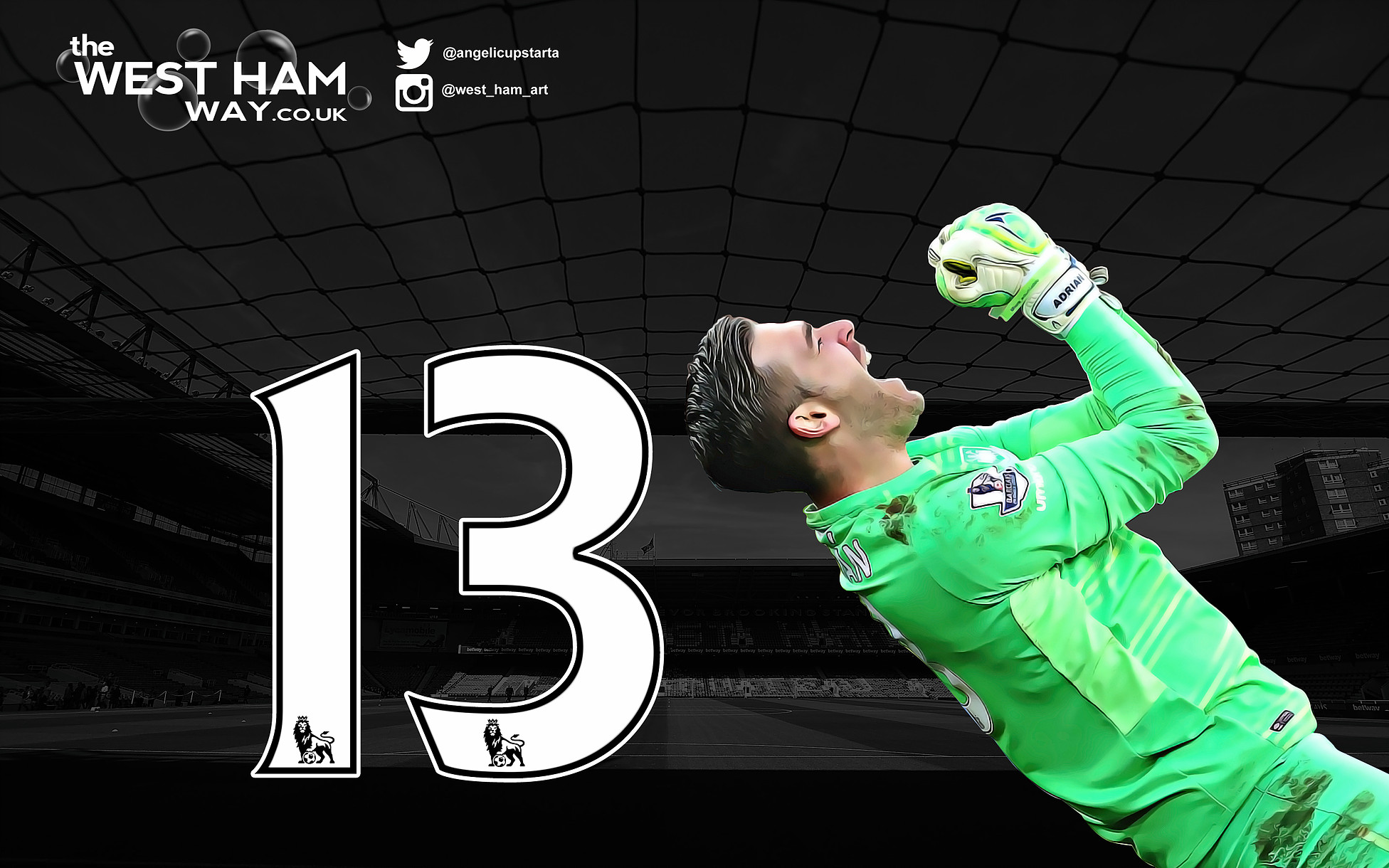 With the season in the books, I thought it was a good time to have a review of the team based on positions. I’m going to focus less on transfers and who explicitly we might want to consider, and more on do we stick or twist on some of the players we have right now and how those decisions might impact the team as a whole

So welcome to part 1 of 4 part series that I am calling Should I stay or Should I go?

This episode I am focusing on our keepers.

Let’s start with a rating.  Would anyone be mad with a C?  While there were a few games the keepers held their own, in general, both Adrian and Randolph were a disappointment.  I never felt truly comfortable with either of them, except Adrian’s second stint between the sticks.  Which coincided with an uptick in our results.

Adrian started the year off poorly with mistakes that led to his downfall. The key one being going walkabout in the Stoke game that cost us points. The thing I noticed about him in the early part of the season, was that he had the air of eccentricity; every save was exaggerated, there was a lack of calm about his play, and he made many poor decisions that cost us goals, points and games. I did and do like his commitment though. He is a Hammer.  Who can forget the Everton cup game?

I was very vocal in calling for him to be benched, and during the time he was something clearly changed.  When he was given the opportunity again, he seemed to come back a changed man and player.  He was methodical,  focused and his play, in general, was efficient, something we need from a starter.  A full year of this and instead of him costing us 6 to 8 points, I believe he will save us 6 to 8 points.

Moving on to Randolph.  When he came in for Adrian, I thought we were going to see the team turn around.  And there were a couple of games where his skills kept us in games, but I always felt he lacked something and that “something”, in my eyes, was commanding his area and organising the back four or five.  I always felt he was playing the role of the goalkeeper at school; the last one picked gets to go in goal.  I did, you did it, we all did it, we played that goalkeeper role but felt a little on the outside. Clearly, Randolph is not an oversight, but I want my team to have a strong spine, and that spine starts with a dominant, focussed and organised goalkeeper.  I am just not sure that Randolph has all those qualities.

Not having access to 2nd team games I am not sure how many games Spiegel has played or how well he has played in those games, but he has represented his country at u17, u19 and u21 level, so there must be something that intrigues us. Either way, I don’t see him getting much first team action anytime soon but will remain as an understudy to Adrian and whoever our second team choice is.

As I write this, we just exercised the option to sign Adrian for a further two years.  Many reports are indicating that we might use him as a makeweight to sign someone else, specifically Sunderland’s Pickford.

I am not convinced this is the plan.  Bilic has said many times that he was happy with the goalkeepers, and those statements might have been angled at keeping the confidence levels up as opposed to reality.   However, I do think Adrian will stay, and I also believe Randolph will be moved on. Randolph will have some value on the open market, even if it is just a few million.  We will then look to buy a new backup to Adrian.  I don’t think we are in the market for an expensive starter whether that be someone like Pickford or Hart.

While our transfer kitty will be somewhat decent, I can’t see us spending a huge chunk of change on a goalkeeper or stumping up a considerable amount of money for a salary.

But that’s not to say we don’t need some quality in this position.  I just see us using that money on a couple of forwards, better wide players and maybe another defensive midfield player, along with some quality backups.

So now you know my views for this position. Keep Adrian, look for a better backup and keep Spiegel in reserve.  I will be disappointed if we don’t freshen up that spot a little.  If Adrian stumbles again, I am not sure I have the confidence that Randolph will do the job we need.  I’m not excited by him. We need someone with more passion.

See you in a week or two where I’ll focus on our defenders and discuss our quality, depth, and the youngsters we have.

I hope we don’t make some poor decisions like we did last year (James Tomkins) on who to keep and who should go.