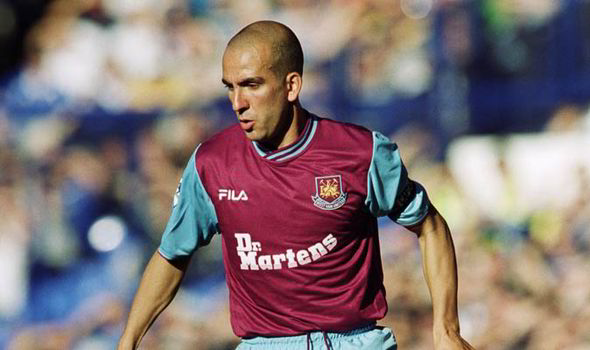 What makes us class players as cult heroes? For me it’s seeing that player give his blood, sweat and tears for the mighty claret and blue. Playing for the name on the front of the shirt and not on the back. Here are my top 4 West Ham cult heroes.

Only one short sentence can describe this man ‘HARD AS NAILS’ and that’s probably an understatement. We all know what this guy was about hard tackles, aggression, break neck speed penalties and not to forget he was a very good footballer. He was a massive fan favourite at West Ham and still is to this day, it’s great to see him back at the club now.

27th January 1999, the day we signed Di Canio in my opinion the most naturally gifted attacker West Ham have ever signed. The guy was a bit of a live wire to say the least, but that is why we loved him you didn’t know if he was going to push the ref, refuse to play or score the best Premier League goal of all time. He played with his heart on his sleeve and that’s why we all took to him so kindly.

Well to start he didn’t stop playing till he hit 40 years old which shows what a warrior he was. He could play defence and midfield so as well as a warrior he was versatile. Bonds loved West Ham and has the most appearances for the club. He then went on to manage The Hammers between 1990-1994 and go the club promoted to the Premier League in the 1992-1993 season.

Well what can you say about this club legend, if you cut him he’d bleed claret and blue, True legend. He also like Billy Bonds managed the club and has the highest percentage win ratio than any other Hammers manager. He was both footed, great tackler and his passing was pin point, I wonder how much you’d pay for a player like that now.