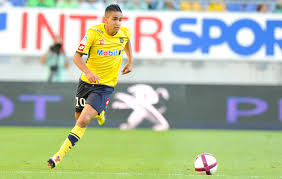 This is written by  Elliott Sheaf (@topcornermag on twitter and topcornermagazine.com)

It’s strange to think that, at the time of writing, the final game of the Premier League season was over only a week or so ago. It already feels at least a month past, so keen was I to forget such an underwhelming campaign perhaps, but also because silly season is in full swing and we start to look forward to a fresh start come August.

We have already completed one pretty nifty looking deal with the signing of Pablo Zabaleta on a free and have been rumoured to be making initial bids in the endless search for any overpriced striker who can withstand a brisk breeze. However in my daily trawl of social media for a sniff of potential transfer activity, I am constantly shocked at the amount of fans expecting us to be spending bigger than ever this summer, as if the problem all along has been lack of financial backing from the board.

The reason this surprises me so much, is due to an article I recently wrote for my football magazine (shameless plug for Top Corner Magazine), in which I researched any financial and transfer information I could find from last season and compared against each teams eventual finish to see if there was any correlation. As a West Ham fan and season ticket holder, what I found in relation to us was a little surprising…

Last season our transfer net spend (transfers in minus transfers out) was 6th highest in the league, hardly a club not being backed financially, whilst our wage bill and club turnover was 8th highest. Taking in to account all other clubs averages, my admittedly simple maths shows that a finish somewhere between 6th and 8th not only would have been realistic, but should have been expected.

One way of looking at this could be that come the end of the season we were only a couple of points short of this target, so overall it wasn’t a bad achievement considering the myriad of off the field problems and move away from Upton Park. I think I see it a little differently however, considering the lack of quality outside the top 6 and that my research showed we were one of the biggest underachievers last year in comparison to our finances (third behind Sunderland and Middlesbrough).

My point being, the problem last season wasn’t that the Dave’s weren’t stumping up the cash, it’s that we bought utter shite at inflated prices. The signings of Snodgrass and Fonte were symbolic of this, although the latter did improve after we reverted to three at the back, and I’m sure we’d all rather forget Zaza and Calleri even if only loans.

It’s undeniable that we need at least one centre forward this window, and possibly another attacking midfielder to replace the hopefully departing Snodgrass (Ryad Boudebouz anyone?), but beyond this I’m hoping for a quiet window and a rethink of the club transfer philosophy. We have enough depth and cover within our ever improving youth system, especially at the back, so no need for another influx of new players thrown at the wall in hope that some of the shit sticks.

The transfer window can be a frustrating time for a hammer, which isn’t helped by promises from the board of mega deals and media attention beyond most other clubs our size, but I think this year we should be more grounded in our expectation compared to last. I’m happy to build slowly, as long as we’re building something.

That’s the last I will be thinking about the 2016/17 season I hope, I already can’t wait for next year where an uninterrupted pre-season and a few sensible buys will make the world of difference.