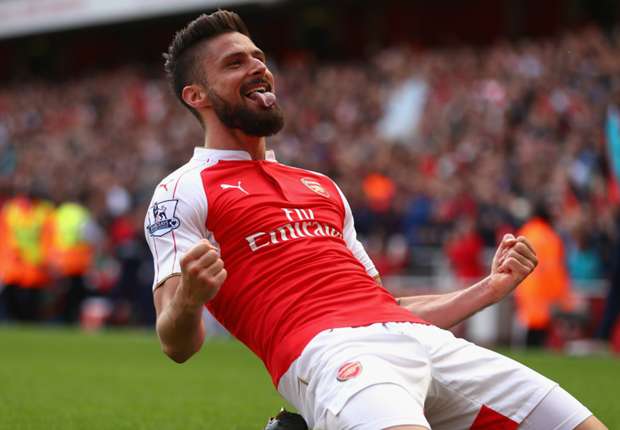 I would be very happy if we were to sign Giroud. He is a very good striker who scores plenty of goals, and he would suit our style of play perfectly. I think we should definitely try to get him, and I think we should put a serious offer in for him.

I have never been keen on signing Modeste. He has had a brilliant 18 months for FC Koln, but he has barely done anything else in his career. He is 29 and has already failed in the Premier League before, and for the money that Koln apparently want for him, I do not think he is worth it at all.

Kelechi Iheanacho will cost West Ham £25million, if they wish to sign him this summer. (Ninety Minutes Online)

Apparently we were close to signing Iheanacho until City wanted a buy back clause inserted. Now, I can see why we are hesitant over that, but we need to look at the bigger picture. He would be an incredible signing for us, and he could push us to the next level. I must also add that I think it is very unlikely that City will want him back anyway, seeing as they can pretty much afford any other striker in the world.

This is a signing I would be very happy with. I have wanted Joe Hart since last summer when City first made him available. I think a loan deal would be great too, because he has had a poor season in Italy. If we sign him on loan, he has a chance to prove to himself and us fans that he still has it. I am very interested to see how this one develops.

Again, another signing I would be happy with. I wrote a column a while back saying that I would like to see us sign him. He is a very pacey, skillful and direct winger, which is something that we have been lacking this season. I know his end product isn’t the greatest right now, but he is still only 21 and that can be worked on. If we can get him for the right fee, then I would be happy to have him on board.

Its a shame to see Enner is leaving, because he cam with so much promise. Unfortunately for us all, it just hasn’t worked out for him. I hope we can get a decent fee for him, and I hope he does well at his new club, wherever that may be.