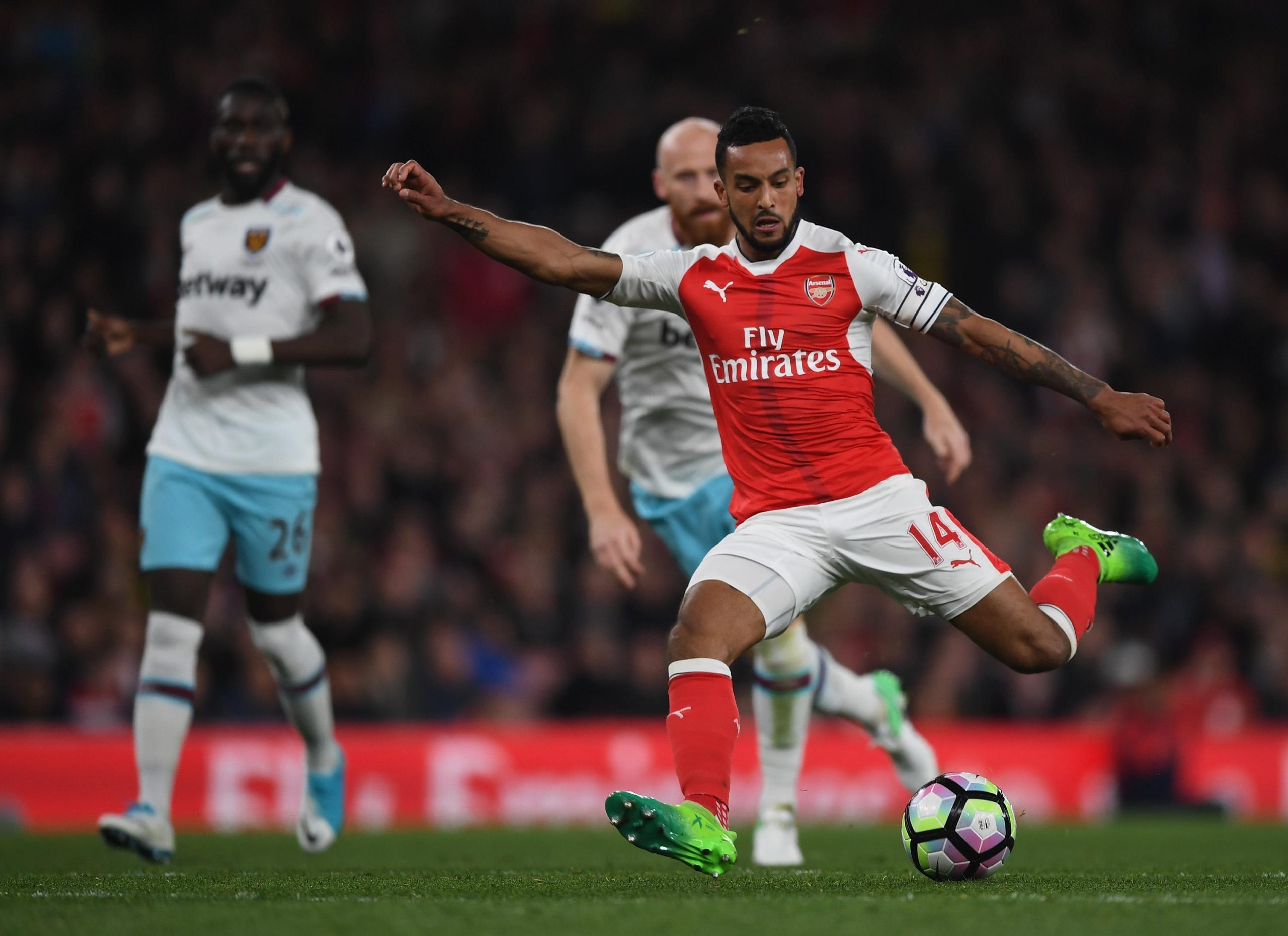 So we are approaching July and it is this month where I think we will start to make some of our signings. I understand it has been a frustrating month for us fans and I am as eager to see new players arrive soon as well.

For those of you that follow my updates on the radio and through my twitter account you will know that I have said a number of times that the club are deliberartely making news harder to obtain for most people. This is why I believe the newspapers and some other West Ham sites are recycling transfer news from the last windows and linking us with almost every player or just simply making it up.   This is a good thing that the news is restricted and something that the fans hoped they would see from the club.

I am still obtaining some information though my sources but the chairman and their family certainly are not revealing anything to anyone at this point and so it is coming from different avenues. The departures of Oxford and Nordtveit, that I had covered for a couple of weeks now, were finally confirmed last week and this has freed up further wage space. We have also released Stephen Hendrie and Raphael Spiegel to get them off the wage bill. Enner Valencia is set to leave the club as well and return to the Mexican league where we signed him from.

Nortveit left for around £5m with clauses taking the deal up a bit more should they be met. He was also on £45k a week so we wanted this wage out of our budget as soon as possible. Oxford is on £20k a week so moving quickly to get this wage off as well helps, as well as getting him a top German club for which there are certain agreements in place that mean he will play for them. Oxford’s performances and attitude for Reading have been questioned by some and this is his chance to now prove he is the player he has been billed to be. He will certainly learn defensive discipline in the German top flight.

As I have tweeted this week I expect a number of youth team players to follow, on loan, out of the club this window. The management team believe that these youngsters need to prove themselves at Championship level at least. This could mean the likes of Samuelson, Browne, Martinez, Fletcher, Quina, Rice and Burke could all go on loan next year. Some of them will get game time in preseason and then the judgement will be made then. Reece Burke has been told he will go on loan again with Bolton and Birmingham showing interest and there is also a Premier League club who have launched a bid to buy the player. Although it hasn’t been confirmed who they are I suspect this club could be Brighton who had enquired about a couple of our defenders recently. This is disappointing to be told this by a very reliable source as I had hoped some of the youngsters would get a chance this coming season. One player who I had been told could get his chance is Josh Cullen, he is expected to play in preseason however if a top championship side come in for him with the promise of first team football this could be a temptation for him.

The forward situation is a frustrating one for the club at the moment. We have put in around 8 different bids for different forwards but at the moment clubs are not really listening to offers until they are clear on whether they are signing players. This can be said especially for Arsenal and Chelsea. We want Giroud but they do not want to sell at the moment until they sign other forwards and we also have serious competition from Lyon for his services (Lyon is a team close to his place of birth). Giroud wants to play regularly so he leads the French attack at the next World Cup. He is said to be keen to stay in London too so it could be a battle between ourselves and Lyon should Arsenal decide to sell the player. We have also looked at Perez of the same club too but the same applies with him at the moment in terms of transfer movement and Giroud is the preferred choice. The Walcott story has reappeared again, I think due to the papers not having much stories coming to them and I don’t think Arsenal want to sell him either. Should he be available we would be keen on bringing him to the club but as yet we haven’t made a move.

We still want Batshuayi but again this depends on Chelsea’s business and the competition out there. Iheanacho was a player we desperately wanted at the start of the window and we launched a bid for him. The buyback clause has caused a concern for us as City want to be able to buy him back for a low buy back fee. We are worried that we will develop a player, put a lot into this only to have to sell him back for a minimal profit should he be a success. Other clubs are now interested but I wouldn’t count us out of the running just yet, we could return with a new offer around the buyback clause this week.

Another transfer that may have some movement this week is Henry Onyekuru who is expected to be granted a work permit for his move to England. A number of clubs including Arsenal, Swansea and Birmingham are said to also be after the player. There was talk that his club wanted him to join a more “prestigious” club than us but that he had turned down Arsenal because he wants to be promised first team football so it will be interesting to see how this develops. Our interest has been lodged we will meet the release clause fee, we will do all we can to sign the player,, so hopefully we will be successful.

There has been a lot of links with centre backs this week, none of which I think have any legs at this point. We did have an interest in Hart on loan but this depends on his wages being massively reduced and there is a possibility that Ruddy will be signed as a third keeper, as he is on a free, having been released from Norwich. There is some talk within the club that we could move for a midfielder now that Nordtveit has gone. If Barkley of Everton becomes available,  we could explore that option further into the window, although this transfer remains unlikely due to the level of interest in him.

Slav has made it clear he also wants a tricky and pacey winger with Traore of Middlesborough being the main target. He is said to have cut his holiday short to discuss his future with ‘Boro but so far we have yet to agree a deal for him. The clubs demands are very high. Unfortunately at this time of year this is often the case with transfers and the demands gradually lower as the weeks go on. We made a move for Modeste for example and we told that his club wanted over £40m for him, which is way too high for a player that has had a few decent seasons.

Some good news is that we plan to offer new contracts to a number of players including Lanzini and Obiang. Lanzini will be made to be one of the highest players at the club which stands at Andy Carroll on £90k a week and Obiang will be given a significant improvement to his contract. Andre Ayew has said he wants to stay at the club and Kouyate’s comments have been taken out of context it seems and he is just keen to play in midfield next year and not be a right back experiment again.

I went to the London Stadium on Friday for Robbie Williams’ concert as a treat to the wife. In fairness it was a great show and showed the stadium off really well. Although it could be argued it is more designed for music events then sports. Although I think time will tell on this one. I was upset to see that the Founders Wall had been taken down as I wanted to find my name as I never get time before the match. I have checked with the club and this was taken down because of the various events that are taking place there and the fear of vandalism of it from opposing fans and it should be back for next season.

On Wednesday we had the pleasure of interviewing Kenny Brown on our radio show and I believe it was one of the most interesting shows we have done. Kenny spoke of the Redknapp/Bonds fall out, Joey Beauchamp, Paulo Futre, Hutchison’s sandwiches in the face, John Moncur’s antics and many more really interesting stories. He answered these questions in brilliant honesty and showed his love for the club. If you haven’t listened yet I would really recommend you doing so, here is the link: https://www.mixcloud.com/phoenixfm/the-west-ham-way-show-46-21-jun-2017/

There is also less than two weeks until Sammy’s big fight, he has sold lots of tickets and they are going quick. Make sure you get your tickets quickly as this is going to be a proper West Ham event. We have also donated two tickets to Sammy to draw out to anyone that buys tickets for his fight to our West Ham Way Pre Match events. So far we have had confirmation that Bobby Zamora, Jack Collison, David Connolly, Kenny Brown Jnr, Alan Devonshire and the one and only Billy Bonds will be guests next season. Other top names are expected to confirm soon too and we will start to confirm dates so we hope the prematch events will continue to grow in success!

I hope I have some more positive news to tell you all about on the radio show on Wednesday. I am getting as frustrated as some of you but we have to remember it is early and not many clubs have bought players yet. I hope this doesn’t replicate last year’s window but at this point it is too early to judge. We rarely sign players in June but I hope in early July we will have players to talk about. We shall see, if anything changes I will let you know if and when I find out.  If you are interested in advertising with the site or any of the other things that we do please get in touch as we can offer some excellent packages with good exposure and it would help a lot with the running of it all.

Have a great week! COYI