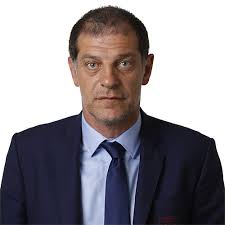 After a recent “FFS” Crying emoji face tweet from Jack Sullivan it was clear that something has not gone to the owner’s plan at West Ham United. This anguish was followed by the reported news that Slaven Bilic has officially declined the offer of having Kelechi Iheanacho playing in claret and blue for the forthcoming season. A high majority of fans have expressed their disappointment followed by questioning the recruitment policy of the club, the main question being “why are we wasting our time on a player that the manager doesn’t want?”.

Fans have called for answers and for Slaven Bilic to be fired for not taking on the Man City youngster. I’m jumping to the defence of Super Slav and here is the reason why it is a good move passing up the opportunity to sign Iheanacho.

It’s quite clear that he has become a household name in the past two seasons and has taken his chances whilst wearing the light blue of Manchester. But let’s look beyond his cameos and question his £25m price tag set by his parent club.

Kelechi “Promise” Iheanacho has mainly featured for Manchester City the past two seasons, playing 46 times and scoring 12 goals.  Out of those 46 premier league appearances he has racked up only 1,278 minutes and he has actually started nine games… YES, NINE games in two years.

Last season he featured just 525 minutes in 20 league games and scoring four goals, and he was not in the squad for ten fixtures and an unused sub for eight games. He recorded an average of 26mins game time during the games he featured in.

In the 2015/16 season, where he announced himself with a 90th minute winner against Crystal Palace, he featured 26 times in the premier league scoring eight goals and playing a total 753 minutes.

At just 20 years old there is an argument that he is showing a lot of “Promise” but West Ham owner David Gold expressed the club’s policy on the youth system on TalkSport. He has been quoted to have said that any player under the age of 23 is unlikely to feature in the senior side. So why were the club trying to get in a 20-year-old if he isn’t going to feature? And why spend £25m on a player when we have a youth system in place to give our youngsters a chance? We have Ashley Fletcher & Toni Martinez in the ranks who can make an impact in the team. We all have to realise that Kelechi Iheanacho is playing with some of the best players in the league. He is playing alongside Jesus or Aguero up top and receiving passes and crosses from Silva, De Bryune, Mane and Sterling who are effectively “putting it on a plate” for the Nigerian international. If Ashley Fletcher was in Kelechi’s position, he would be considered the next best thing in English football, the main difference is that Fletcher doesn’t get the same first class service in the box.

I can completely understand why Slaven Bilic has opted against signing the player, if he did sign and did play, can you honestly say “we’re guaranteed 20 league goals from him?” It would be highly unlikely that he would break the double digit mark getting service from current players like Noble and Snodgrass set pieces… if Payet was about that would maybe happen, and Lanzini might be able to assist.

Another issue is the reported buy back clause of £35m, why would Bilic sign a player to build his squad around who could leave for little profit the following season if he plays well? surely that would leave a void in the team (AGAIN) and the club would be struggling to fill that gap… it would cost a lot more than £35m to replace a 20 goal striker in the premier league, as we’ve seen with the rumoured Lukaku to Man Utd deal.

In all honesty, £25m for a player who has played 1,200 mins, over two seasons in the premier league, starting just nice games is a deal that the club really shouldn’t have been entertaining in the first place. The club also doesn’t have the time to invest in a player who may not live up to his £25m price tag. We’ve seen similar cases with Federico Macheda, Adnan Januzaj, James Vaughan, Giuseppe Rossi & the infamous Savio Nserenko. The club need to invest in experienced (at least over 10,000 league minutes) players who are of good quality and can change games into our favour.

I believe Slaven has made the right decision and has saved the club millions of pounds by doing so. This isn’t the first time he has killed a deal, he denied Scott Hogan a dream-move to the premier league too. He later signed for Aston Villa and ended up spending the majority of the season on the side-lines recovering from a historic injury problem… but Slaven doesn’t get any credit for that?

“BUT SLAVEN SIGNS CRAP PLAYERS” – let’s get this correct… The current owners and head of recruitment acknowledge Slav’s recommended players, but it is rare that the club sign them on long term deals. With the exception of Jelavic… Lanzini, Moses, Calleri, Tore and Zaza were all signed on loan with an activation clause in it. We haven’t seen Slaven go out and personally buy a player he is a big fan of. Why? Is it because the managerial role in football has evolved into a Head Coach role? The head coach is purely a role where transfer responsibility is passed on to others. So fans need to get this “Manager” terminology out of their heads, gone are the days of Alex Ferguson going to Manchester airport to pick up Dimitar Berbatov to hijack a move from Manchester City.

We need to support Slaven more as a fan base and stop calling for him to be sacked because he decided against signing a player the scouts recommended. Something does need to change at the club and the answer is uncertain. Does Bilic go and we hire a manager who is purely influenced by youths and select an inexperienced side fighting relegation? OR does the recruitment staff stop looking at “prospects” and start looking at experienced players to enhance the quality of the squad to assist Slaven properly to achieve a cup win and a top six finish to gain European football OUTRIGHT.

Let’s be realistic here, we ham have not got the transfer funds we all expect. There is no way the club are in a position to buy a “20-year-old youth from Belgium for £8m and loan him to another team”. That £8m can be put towards the transfer fee/wages to bring in a proven player. Time is of the essence and its time the club communicate with the head coach and start investing in established players.

Come on you irons and let’s get behind Slaven and the team he has got.