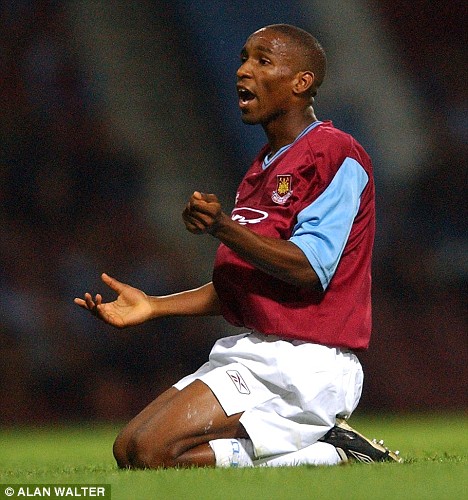 On the whole football fans are an unforgiving bunch.

We can hold grudges with the best of them. We take anything considered to be disloyalty towards our club as a personal insult. West Ham fans are no different. If anything, we fall on the harsher end of the scale. When wearing the claret and blue we expect our players to respect what those colours represent. Both on and off the pitch. Both during and after their time at the club has come to an end. When a player fails to meet those standards, the backlash provided by the fans is unyielding and often unrelenting.

Originally representing Charlton at under 16 level, Defoe first made national headlines when he controversially chose to make the move across London and sign for West Ham in 1998. The Hammers –surrounded by poaching accusations – paid compensation totalling £1.65 Million with performance related clauses included. While not much more than a drop in the water in todays market, in the year 2000 the signing of an unproven teenager for a hefty price tag made waves amongst the Hammers fans.

He would begin to pay back his fee when he scored the only goal in his professional debut, a one nil win in the league cup against Walsall in September 2000. He would then be sent out on what would turn out to be highly successful season long loan spell at Bournemouth. There, the eighteen-year-old would discover the taste for goals that would make him a prolific hitman up and down the country. He would make an impression on football fans by scoring in each of his 10 first league games for the club. He was going for a post war record held by Dixie Dean, who had scored in 12 consecutive games. Although he would come just shy of breaking Dean’s record after failing to find the back of the net in a game against Millwall in January 2001, he would during this period firmly establish himself as one of the hottest prospects in English football.

Defoe would return to West Ham and become an active member of the first team squad under new manager Glenn Roeder, scoring his first Premier League goal in a 3-2 victory against Ipswich. Despite being mainly used a substitute that season he would end the year as the clubs’ top scorer with 14 goals in 39 games. The following season Jermaine Defoe was only one the talented English youngsters that the Hammers boasted among their ranks. In a team that also boasted the likes of Michael Carrick and Joe Cole. He managed 11 goals in 42 games for the team that was famously dubbed – too good to go down – and his efforts would not be enough to prevent the club from tumbling out of the league.

It was then Jermain Defoe stopped being the face of West Ham’s young team and the jewel of our famed academy. His reputation first took a hit amongst the fans when the news broke that he had handed in a written transfer request within 24 hours of the clubs relegation. The backlash from both the fans and his teammates were severe. Words like judas and snake were banded about with ease. Defoe’s very name left a bitter taste in our mouths. The club stood firm. The request would be turned down. As the new season began Defoe would stick to his guns and refuse to sign a new contract. He would score 11 goals in his first 19 league appearances in the first half of the season. However, issues with his discipline both on and off the pitch would prove to push his strained relationship with the fans to breaking point and after three red cards he would depart the club for Tottenham the following January.

His career following his West Ham departure was nothing short of exemplary. Despite never getting the move or playing for the level of club his ability probably deserved, Jermain Defoe still became arguably the most reliable goal scorer over a significant period of time in the modern Premier League era. Despite never being England’s first choice striker he would go on to represent his country 57 times, scoring 20 goals in the process. He would shake the image of the spoilt kid who threw his toys out of the pram during his time and West Ham and replace it with one of a consummate professional. The only reminder of his controversial departure being the rousing boos he would receive anytime he returned to his former hunting ground.

It was the friendship he formed with the late Bradley Lowery that would touch the hearts of football fans around the country. In a time where football players are detached from modern society and are seen to have no grounding or understanding of “real” life, Defoe’s friendship renewed a connection between players and fans that money and greed had long since destroyed.

The career of Jermain Defoe reminds me that once you take away it all, the clubs, the wages, the agents and the fans, football players are human. Just like the rest of us. I think we can all look back to a previous time and remember mistakes that we had made when we were younger. We all have memories that make us cringe.  I’d like to think that day Defoe handed in his transfer request, twenty-four hours after getting relegated was one of those days for him.

Defoe has since publicly said it was a mistake to leave West Ham on several occasions and has offered a full apology to the club and its fans. He had blamed agents for whispering in his ear and warping an impressionable mind into thinking that it was something he had to do.