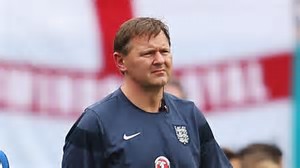 It is a great time to be a West Ham fan!
We have had this arduous period of waiting for a big name striker, and hopefully in the form of Hernandez, we will get a regular on both team and score sheet.With the imminent arrival of Arnautovic for a medical, we may add yet another proven premier league attacker to our ranks.  And whilst I personally believe that we need at least one more regularly fit, goal scorer to go up top, it is fantastic to have a feel good vibe around the club again!

Why would I sign another striker though, our awful injury records with strikers should answer that well enough.
Ashton, Sakho and Carroll are two of the names that spring to my mind in relatively recent years.
However In Gary Lewin, we have brought to the club a man who is at the very top of the physiotherapy profession, and I believe he is quite possibly the most important signing the club has made in years.

Head Physiotherapist at Arsenal for very nearly 22 years, whilst regularly working within the England set up part time up until a full time transition in 2008, Lewin has worked at the very top level with numerous Legends of the game in the form of Henry, Bergkamp and Viera.   Lewin not only brings a wealth of experience at the highest of levels of physiotherapy, but also the egos and personalities of the game, and having heard some of the rumoured stories of the treatment table from a few friends, I can safely say that I have only heard, he is a much loved one!

I cannot understate the importance of a top physiotherapist in and around the club, and before I go any further it is not any intention of mine to doubt the great work of our previous staff.
But adding what can be seen as one of the “super stars” of the treatment room – Jean Pierre Meersseman possibly the only name above him.  The man who famously kept the likes of Seedorf, Maldini and Alessandro Costacurta playing into their 40’s!

A physio is someone who not only manages the injuries and recovery of players, but they also play a key role in squad and club moral!  That may sound a little daft, but if you can manage telling a footballer that he won’t play for 6 months, in a cup final or a key clash, then instantly switch to talking them through recovery and making them feel involved in the squads, you are priceless to both the individual and team.  The main way I think I can explain why I am so excited with this appointment, is through a little injury run down.  I’ll try and keep it short and to the point, sticking to just a couple of players who have suffered numerous long term spells.

Top of this list is Andre Ayew, who’s history of a reoccurring shoulder injuries and horrible tear to the meniscus are the most serious during his career.  Both injuries lead to longer stints on the sidelines for Marseille, than that which he subsequently suffered on his debut injury for us.  The meniscus is a rubbery, C-shaped disc that cushions your knee. Each knee has two of these menisci, one at the outer edge of the knee and one at the inner edge. These keep your knee steady by balancing your weight across the surface area of the knee.

A torn meniscus is an incredibly serious injury for anyone, let alone a footballer, and it can prevent your knee from working correctly if not managed, recovered and monitored fully.  Joining this onto the previously mentioned shoulder injury, which I believe Ayew himself is quoted as saying he has “dislocated several times” it is an essential part of the modern game that players receive, not just reactive, but also preventative treatment to injuries.
This is where I understand that Lewin excels, with constant monitoring of injuries,regular fitness and physical tests across the squad to pinpoint potential problem areas and treat them.

This leads me onto the player who I see this really benefiting…Carroll!
Possibly the most obvious name on our injury list and on everyone’s lips, because as almost every fan will tell you “On his day, he is unplayable!”.  However as West Ham fans we are only really seeing glimpses in recent seasons of what he is capable of.   In recent months I have called for his sale precisely because of that injury record, lack of appearances and high wages.  However talking to numerous friends I made during my time studying Sports Science and coaching, I have heard nothing but glowing reviews of the man and his work in the field.  Almost all of whom have said “if ever you had a chance of fixing Carroll, this man is it!”.

Now I really hope I’m not just pissing into the wind with this optimism over this appointment.  And to be honest, I would probably still prefer we move Carroll along to sign a regularly performing replacement.   However I can understand the thought process behind keeping him with the fresh approach and knowledge that Lewin brings.

A top level physiotherapists introduction could mean a fresh approach to player treatment or even just a step up in the level of care, prevention, rehab and recovery players receive.
Hopefully putting a long overdue reduction to the numbers on our injury list and possibly bringing a brand new Carroll!