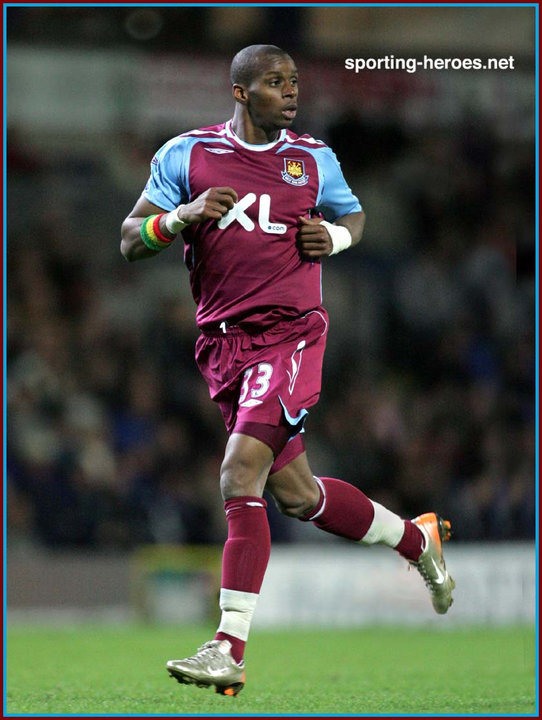 It’s been a somewhat unusual couple of days on Twitter – the positivity amongst our fans probably hasn’t been seen since May 2016! Strange actually as a lot of the fans have been demanding silence from the board and their family / associates, yet media speculation (technically that is all it is at the time of writing) re: Arnautovic  and West Ham United Official releasing a statement saying a transfer fee for Hernandez has been agreed has led to jubilation online.

All West Ham have confirmed re: Hernandez is that a fee has been agreed, subject to personal terms & a medical. Players have been closer to signing, (Sidwell & Darren Fletcher for example were both on club property at one point) and never signed. Yet a lot of supporters, many of whom are ones critical of the board for pretty much anything between their train being late for a home game to being at fault for Nordtveit for committing a foul in injury time at White Hart Lane  seem to have suddenly forgot all that. It just seems to me like a lot of supporters have had a bit of good news confirmed by decent sources and now a lot of their concerns seem to have been dropped.

I don’t blame supporters for being a little upset over how last season turned out, however, now we can sit back and review it, I don’t think it was as bad as people made out. I haven’t checked it out, but I read a few weeks ago that we weren’t even in the bottom 5 after Mid-December? I’m sure someone will tell me if that’s true or not! There were a lot of obstacles facing the team & management last season –

Whether you like it or not, they are the closest thing to a West Ham supporter owning the club you’re likely to get now…unless one of us wins the Euromillions – I’m not sure if that’s even enough now? We have always known ourselves as a family club yet people want a “rich Arab” in. I guess we would all like someone to own us in the same way Chelsea or Man City are owned. For every good takeover, there is 2 or 3 that are terrible, so we need to use the old Allardyce adage “Be careful what you wish for” We were lucky to see the back of him, I don’t know if we would be so lucky to see the owners go.

I really cannot for the life of me see why people thought we weren’t going to make good signings this Summer. There is absolutely no chance that the club were not going to push the boat out to sign a proven PL striker. It looks like it will be Hernandez. He might have even scored for us by the time I finish typing this!

I could not believe what I have read over the past few weeks. People giving up season tickets? One in particular “supporter” was giving up his season ticket even though he got two for the price of one last season. Someone else today is gutted they didn’t renew because it looks like we’ll be signing Hernandez. Has West Ham become that we only care if we’re winning. Are people only saying it because we’ve moved stadiums that we expect to be near the top of the league? I don’t think many stadium moves went smoothly. Ours was probably worst of all for trouble within the stadium but again, the internet magnifies things massively now and we were a bit of “public enemy #1” because of the cheap deal we got. There could also be the argument that because it is our club, we see it happening. It’s like when you feel like you always join the slowest queue, you only think of that when you actually do it.

People demanding the board leave the club with nobody to come in to replace them. If there is someone with the money to own our club and they’re serious about it, that person will come forward whether the current board want to leave or not, and they will make an offer. So far, I don’t think anyone has made a serious offer. Other supporters are calling our club a joke. Don’t get me wrong, if we had got to September 1st and not signed a top striker, serious questions would’ve been asked. There was no chance of this happening. I imagine there would’ve been protests. I wouldn’t have necessarily joined in, I think I’m too old for it all now and have enough to worry about with the business I’m involved in than to think I can run a football club better.

The biggest oxymoron of all is how people think the owners of the club deliberately strip their own business of assets and are happy to see relegation so they can sell the club and make more money? I’ve actually seen people suggest this. I am quite sure that if they spend £70m net to get us challenging and maybe into the top 4 (that nearly happened once already), the club would be worth a lot more and they will be in a better position to sell. These people saying these things must surely look at themselves and ask if they are in a position to judge self-made multi-millionaires. Every single supporter wishes they could own the club. The chances are none of you started off with less than David Gold. Why don’t you try to do it better than them? The natural response is you cant. There lies your answer. You either think you can’t but you can if you put your head to it or you just can’t. If someone walked into my office telling me they could do my job better, I’d give them the chance. It would make my life a lot easier. At least until the following Monday when I’d be picking up the pieces.

Ultimately I want to know why people embarrass themselves by crying their eyes out on Twitter when the players hadn’t even done a week’s training. We have pretty much always left signings to the last minute – I remember a great summer where we signed Henri Camara at about 23:55. Supporters were quite pleased actually. It looks like we will have 4 good signings wrapped up before Fonte has even returned to train himself. I’ve seen a couple of supporters say that the club have pulled these out of the bag because of the pressure from the fans. I don’t think the board are naïve or stupid enough for that to be the case.

I still believe that we will sign an additional striker, probably Gray? This would effectively make our 3rd & 4th choice strikers Sakho & Carroll…if we have them to choose from! Again, great progress. I think we will also go in for Wilshere on loan which would be another a good addition without doubt and again a major upgrade on Nordtveit. I hope that a lot of the unnecessary moaning will be gone for the foreseeable and that when the season starts in August, all energy is put towards supporting the team on the pitch, especially when we eventually play our first game at home in September (which by the way is only the situation this year because of the World Athletic Championships – it is not going to be a regular occurrence). We do have the best support in the country, you only have to see what we’ve been through in my time (22 years) of going regularly and compare that to our attendances. We’re glutton for punishment it seems.

I’m not sure if we would really have it any other way?