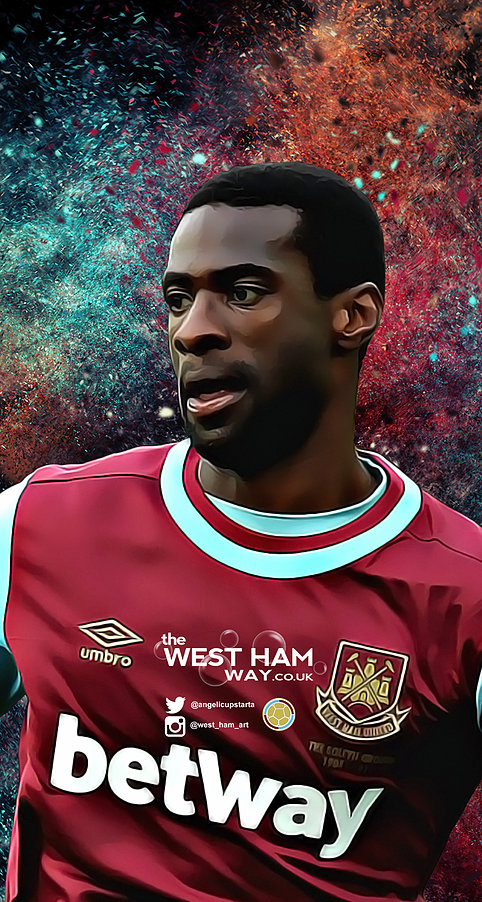 Yes, I know David Sullivan amongst others, think we are in good shape as far as our midfield is concerned. I disagree. We need a defensive midfielder and another creative one. Our midfield more often than not, gets outplayed by the opposition, even against teams struggling against relegation. You only need to look at the stats, to get the true story, more often than not we concede possession, by something like 64%-36%. We lack pace, creativity and movement, nothing going forward. Slow pedestrian passes, then as soon as the opposition closes us down quickly, the ball is shovelled back to a under pressure defence. Who hoof the ball forward as though it was a hot potato. A lot of people think our main problems are due to a poor defence and lack of strikers. True to an extent, yes! But when you have a poor midfield who offer no protection to the defence, and create nothing for the strikers, what does one expect? It’s so frustrating for the strikers that they have to drop so deep to receive the ball, they are almost on the half way line by the time they get it.

Christ on a bike! The strikers need to receive the ball on the front foot, in around the opposition’s penalty area to hurt them! They need the opposition retreating on the back foot. You do that either with a creative midfielder, who is able to carry the ball forward. Or having a couple of pacey and tricky wingers, who can get round the opposition defence creating chances that way. It’s not rocket science! When we do go forward we either run out of ideas, as a result we either pass straight to the opposition, we lose possession, the opposition break quickly, and have a free run at goal. No protection for the defence whatsoever. It goes without saying that Manuel Lanzini is huge for us, he has really stepped up to the plate since Dimitri Payet’s departure. However, it is no use playing him out wide. We need him in the middle dictating play! Another problem is that when Lanzini, is injured or can’t play we really struggle to create anything. We need another creative influence in the side.

Speaking of Lanzini, rumours are starting to circulate that Liverpool are in for him, even if Continho does not go to Barcelona. We are told he is “happy at West Ham and loves the Club”. Heard that one before? Of course we have! DIMITRI PAYET!! I may be cynical here, I notice his interview on the Official Site has gone, his injury is rather mysterious to say the least. Initially I thought here we go again! Gold and Sullivan have bought new signings on the back of flogging Lanzini. But that is just me being too cynical! I like many am DESPERATE for Manuel Lanzini to stay, but we have to accept that every single club is a selling club today. Players are like houses, every time a player moves, his agents make big dough. Star players get tapped up and they move for big dough. I’m NOT saying Lanzini WANTS to go or HAS been tapped up… but it is a possibility. Hopefully we will not do what we did with Payet, in our desperation to keep him, bow to his every demand! GIVING HIM A MILLION POUND ‘LOYALTY’ BONUS! It’s like knighting someone for an act of treason!

As painful as it is, if he does want out deal with it now, make sure we squeeze every last drop out of a buying club. Then get to work in revamping our midfield .One player I would love to see The Club sign is Ryad Boudebouz, an attacking midfielder who plays for Montpellier. A very good player. When he carries the ball forward defences open up like The Red Sea. Let’s hope that we have a fit and ready to go, Manuel Lanzini, come the opening day of the season. One midfielder being constantly linked with The Club, has been Arsenal’s Jack Wilshire. On paper Jack Wilshire working in tandem with Manuel Lanzini is a mouth-watering prospect. Jack Wilshire at his best is an exceptionally gifted footballer. Although open minded about signing Wilshire, I do have reservations. The big question in my mind is: have his injuries taken its toll on Jack? He has had mixed reviews regards his spell down on The South Coast with Bournemouth. Some Bournemouth fans will tell you he was very good, others will tell you he was distinctly average, only there to sell shirts. The facts are he started off well, but by the latter end of the season he couldn’t get into the side. As a result Bournemouth never took up the option to buy him. Although to be fair some say, he had a fallout with Eddie Howe the Bournemouth manager.

I’m always nervous about signing someone from Arsenal. Apart from John Hartson, I cannot think of too many players that have made the journey from, North London to East London, that have been successful. It is a tough one regards Wilshire, but Noble, Obiang and Kouyate together is too much of the same, square pegs in a round hole. However, I think that it’s worth taking a gamble on Wilshire, he would be more than capable of providing the creative spark in the middle of the park. Wilshire is only 26, Gary Lewin, our chief of the medical section, obviously knows him from working with him when they were both at Arsenal, It’s a case of managing Jack the Lad carefully in my opinion. Let’s look more closely at the other midfielders at The Club. Fernandes has been the surprise package of last year’s signings .A good all round midfielder. He is a good tackler, reads the game well, shoots well, good defensively and has a good array of passing ability. He can only get better. Then we have one of my favourite players! Kouyate! I love his pace and power when surging forward…but I think he would be best suited as centre back. At times he goes missing, he is not a defensive midfielder or a creative one. At times he goes walk about and loses his man. I think he could be converted to an outstanding centre back, able to carry the ball out of defence with pace and power. One of the first names on the team sheet should be Pedro Obiang, a brilliant all-rounder in midfield. Obiang would certainly be able to do the job as a defensive midfielder should it be required.

Last but not least, we get to The Club Captain Mark Noble. Look the guy has been a great servant to The Club, and does not deserve the abuse he gets on social media and the rest. But it’s not being disrespectful to say he should not be in the team. Why? The answer keep getting is because he is ‘West ham’. On that basis we should all be in the team, because we are all ‘West Ham’. Sorry but Noble’s place must be under threat. We have paid the price for our policy of: Reserved For: Mark Noble. Which has resulted in an unbalanced midfield, lack of pace, creativity, and movement. The big problem with Noble is, he is slow in movement and thought. When closed down quickly, Noble is either dispossessed, passes the ball straight to the opposition who have a free run on goal, shovels the ball back to a under pressure defence or he commits a foul. Noble, offers no goal threat, passes sideways, backwards anywhere but forward. Last season moving into The London Stadium, being the local boy he was made Club Captain, however Pablo Zabaleta has been brought in to provide leadership, and has being doing so in Austria and Germany. It does not mean that it is necessary the end of Mark Noble. If played slightly deeper and he has movement ahead of him, he is a master of switching play with beautiful timed and weighted passes. The ball is very much in the boy from Canning Town’s court. There is no room for sentimental choices in football. There is surgery needed in our midfield, as it’s not as good as many think. Another creative midfielder, a defensive midfielder and getting the balance right is so important. It’s the difference between a lower half of the finish and a top half finish. We have got to banish last season’s blues, over to you Slaven.

We are more than a football Club, We’re a way of life! COYI!!!