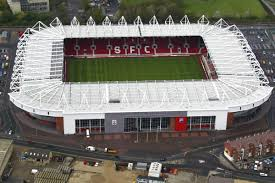 Last weekend was a big hit to take. My hopes were high, but Arnautovic looked like he couldn’t be bothered, Hernandez was having to drop 15 yards deep just to get a touch and our only shining players were Zabaleta and 2nd half substitute teenager, the West Ham Way’s own Declan Rice. They have failed to score in their last 6 league games, their captain wants out and their new manager is unproven in the Premier League… So they are likely to win am I right? In all honesty, I think we should be aiming for 3 points.

The Saints moved into their stadium in 2001 from The Dell. The name of the stadium refers back to when they were first formed as Southampton St Mary’s, hence their nickname ‘the Saints’. The corners of the ground are filled with seating, giving the stadium a class-yet-modern vibe as a rounded but traditional football stadium. Outside of the Itchen Stand is a statue of Saints legend Ted Bates.

Southampton Central Railway Station is a 30 minute walk away from the stadium, however there’s a £3 return shuttle bus service taking fans to the ground. It operates from the Blechynden Terrace bus stop outside the station and starts 2 hours before kick off.

When driving on the M3, take the A33 into Southampton until you reach the junction with A3024 Northam Road and turn left onto the road. Then turn right onto B3038 Britannia Road towards the stadium.

If using the A3, follow the road all the way to the south coast, and join onto the A27 Havant Bypass. From there, go straight onto the M27 and leave at Junction 8 (A3024). Take the 3rd exit from the roundabout, signposted Southampton then turn left onto Botley Road B3033. At the end of that road, turn right onto the A3025 and carry on over the bridge. At the end of the road, just past the bridge, is a right turning B3038 which will take you down Marine Parade and past St Mary’s Stadium which will be on your left.

Enter S014 5FP in your sat-nav for the stadium.

There is barely any parking available for away fans and there are parking restrictions in place on match days. Most fans park at the central car parks and take the 15-20 minute walk to the stadium. NCP car parks are available at approximately £5, however after the game the roads around the stadium are very hard to get away from.

If driving using the A3 (directions above) it seems beneficial to park in the Marina area, which is a 10 minute walk to the ground and makes it much easier to get onto the motorway after the game. It costs £1 per hour and is free after 6pm, so the maximum you will be paying is £3. The parking also has a pub nearby which mixes home and away fans as well as many places to eat some food.

Inside of the stadium, the concourses are said to not get too busy. They have a dedicated Pie & Pint outlet, which serves only beer and pies.

There aren’t many pubs close to the stadium, so the pubs that are most popular among away fans are the Waterfront Bar (William Street) or Slug and Lettuce in Southampton central shopping area. It’s noted that away fans should avoid Standing Order Wetherspoons, Kingsland Tavern, Joiners and Isobar and any other pub along St Marys Street as these are for home fans only.

If you decide to drink at the shopping centre, please note that it is approximately a 20 minute walk from the stadium.

As with every away game, first and foremost stay safe but enjoy the game and let’s hope we can get our first 3 points of the season. Come On You Irons! – @CraigPodevin