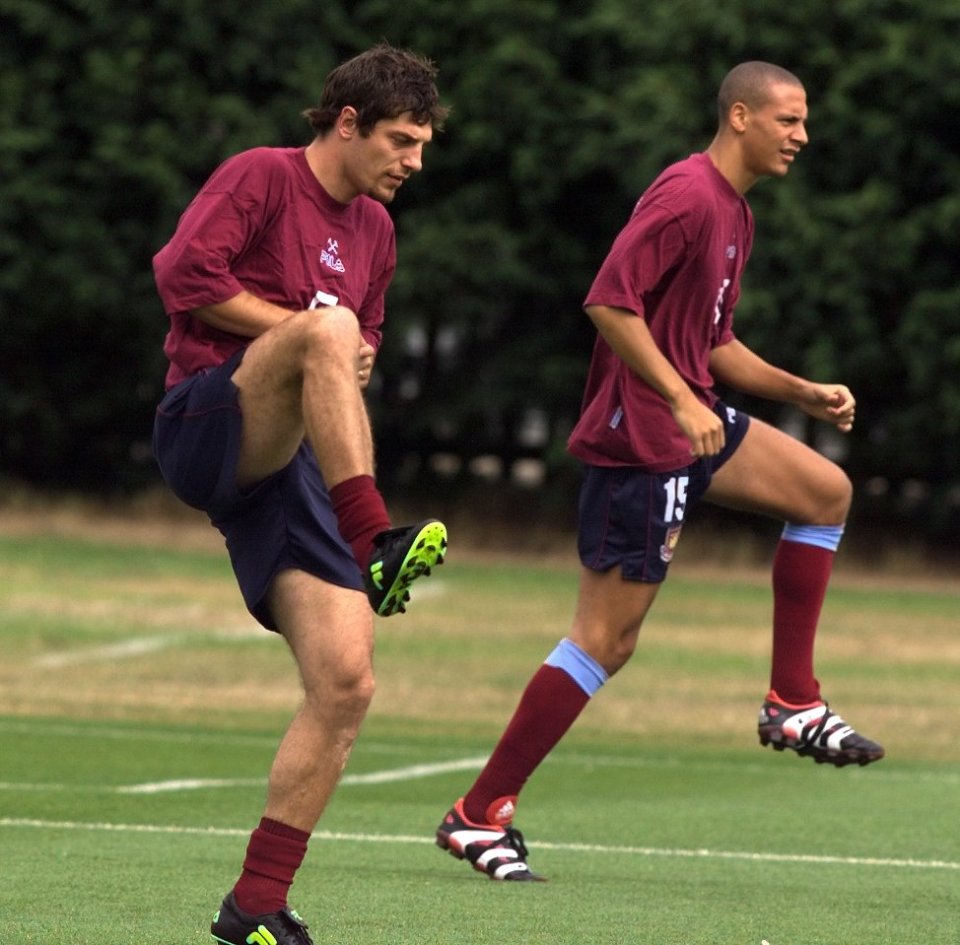 No we are not in a crisis, we are not going to be relegated, and I still think we will flourish this season. Nothing has changed, we still have work to do in this window. Requirements remain the same: defensive midfielder, a creative midfielder, a striker. This is because there is more chance that Donald Trump will stay off Twitter for the week than Sakho and Carroll lasting a season, without being injured at least twice, it is La La land stuff to think otherwise. The shrewdest bit of business this window however would be to bring Rio Ferdinand back to the club as defensive coach. If Gold and Sullivan could get Big Sam to bring in Teddy Sheringham as attacking coach, they can likewise do the same to Slaven, regarding bringing Rio Ferdinand in. It would give the whole club a lift!

I like Slaven, but alarm bells are starting to ring, even amongst his most loyal supporters and questions must be asked. His backroom staff need a dramatic overhaul, we don’t even look fit for starters. Time to get rid of Miljenko Rak, the 70 year old Fitness Coach, and replace him with a younger Fitness Coach. It must be bye bye Julian Dicks, the sacked former Grays Athletic Coach who is nothing more than a BBC -bibs, bags, cones man. Only appointed as a sop to the fans. Many have deep reservations about our centre backs not without reason. Yes, they get very little protection from a woeful midfield, which hopefully we will rectify soon. Even so, Slaven’s decision to send both, Reece Oxford and Reece Burke on loan without a replacement is ABSOLUTELY POTTY!

As things stand we are only a few injuries away, from potentially having a back four consisting of Zabaleta at right back, with a centre back pairing of Fonte and Collins. An absolute F++++++ disaster! You and I, could get behind that defence and cause havoc that partnership would turn slower than sour milk. That is the ridiculous position we find ourselves in. Gold and Sullivan, MUST bring a centre back in is the cry no doubt. But they shouldn’t have to and would not have had to if we had Rio Ferdinand in as defensive Coach. Imagine how much quicker both Reece’s and Declan Rice would develop under the watchful eye of Ferdinand? They would be ready in no time, instead our manager sends them out on loan, leaving us paper thin at centre back in particular. Fearing for our lives that we don’t land up playing the likes of Chelsea, relying on a defence consisting of Dad’s Army. It is not just the centre backs that would develop under Rio, the whole first team squad would. I could see the likes of Aaron Cresswell and Sam Byram in particular, really develop as top class defenders under the former England player.

One of the biggest problems with the West Ham defence is we don’t function as a unit. At times we resemble the keystone cops! A good defensive unit has won many a football match. Ferdinand has played in some of the best units in the business, and won many a trophy in the process. He is a winner and a leader, which would rub off on the defence. Tony Carr once said to me, that a footballer can have all the talent in the world and still not make the grade for a whole host of reasons. Temptations off the field, simply not being mentally strong enough, the life of a footballer with all the trappings and fame, can still be a lonely world. Rio Ferdinand having been there and got the t-shirt, he would be able to spot the pitfalls early and help players who otherwise might be lost to the game for good. Time to bring Rio Ferdinand, one of our own, leader of men back home.

Even with Rio back home, the defence needs protection from the midfield, once again the midfield’s soft underbelly was exposed against Southampton. No movement, no pace, no invention, simply cannot keep possession of the ball. A defensive midfielder is a must and very quickly. We have been on the verge of signing William Carvalho for an eternity. A great defensive midfield who can spot a pass early. Yes, I would welcome him but I do have reservations on spending the amount of dough on him that it would take to sign him. This is why: IF he can go on strike to force a move to us, what happens if he has a great first season and the likes of Manchester United, Liverpool or Arsenal come calling? I fear he would do exactly to us what he is attempting to do to Sporting. We certainly don’t want a Dimitri Payet part two do we? It would make perfect sense, if The Club looked at other options besides Carvalho. If big bill signs him I would get right behind him as I do any player who dons The Claret and Blue. It has not the best of starts but certainly not a crisis. Bring him home ….bring Rio home. We are more than a football club, we’re a way of life! COYI!!!