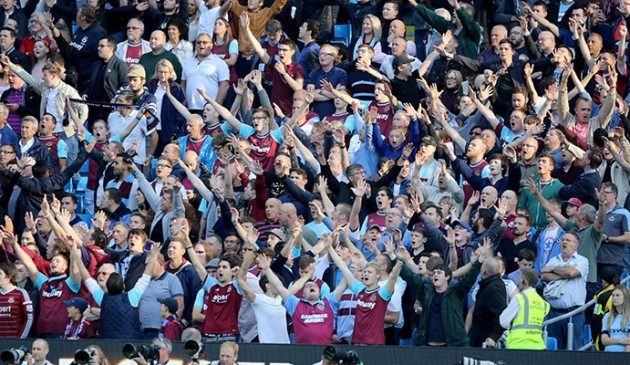 Hi everyone, a lot has been said lately about proper fans going home and away every game and I thought i’d write an article on the subject.

I’ll briefly start by telling you my situation. I have a season ticket and go to roughly 1/3 of away games. I used to go to most away games as well but now I have a mortgage and a young son.  I consider myself very fortunate to be able to attend that many games. But am I no now longer considered as good or as dedicated a supporter as ten years ago? I wouldn’t say so at all. I missed about 4 home games last season due to commitments with my son and do I regret them? No not for one second.

I’ve read a lot of tweets lately (generally from youngsters) who have criticised other fans lack of attendance to matches and in some cases suggesting they aren’t proper fans for not travelling away. Not every supporter still lives at home with their parents, is child free and has the luxury of pretty much doing what they want when they want. Then you have to consider that not every supporter lives in London/Essex. We have a lot of fans based around the country and I would imagine for a supporter living in the north east it is a very expensive day out travelling down to London and back for a match.

One conversation I read recently claimed that ALL supporters have a choice whether or not to attend a match. The way I see it is that someone in their late teens/early twenties with no commitments who chooses to spend all weekend down the pub or spend their money on a new Ralph Lauren tracksuit as opposed to going to football has chose one luxury over the other. A husband with three child may be in a situation where he has to chose (if he is lucky) between going to the football or taking his children to the cinema then pizza hut for dinner. I would argue as much as he has a choice it would simply not be acceptable in my opinion to chose a football match over your children if it was one or the other. I know where my priorities would lie and it wouldn’t be heading off to the London stadium watching Calleri masquerade as a striker.

It must be a social media thing but why is it a competition as to how many games someone goes to over a season? Anyone who goes home and away every game I salute you and I would go as far as to say that yes they are hardcore supporters imo but it doesn’t mean plenty of others wouldn’t do exactly the same given the opportunity.

Anyway that’s my rant over, maybe one day the youngsters who see it as such a big deal may even get laid and have children of their own! Once responsibilities arrive at your doorstep west ham isn’t as big a priority as it once was let me warn you…..