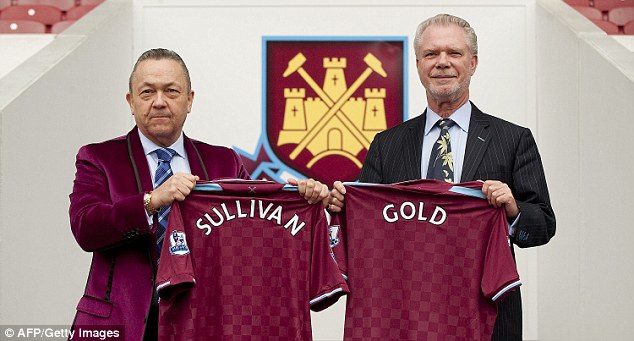 Well that was a strange one. A few weeks ago we were all delighted with the window. Arnautovic, Zabaleta and Hart were joined by Chicarito; the quality finisher we had been missing. We were all delighted, even my old sparring partner Fareham was calling for a Knighthood for DS – maybe a little tongue in cheek but certainly like other long term board sceptics he felt a lot more optimistic. Then we offloaded most of the players that most of us had wanted rid of and sat back awaiting the last couple of pieces of the jigsaw and then world domination, or at least a decent challenge for 7th!

Then the season started! Three losses, all pretty abject with an unconvincing cup win over lower league opposition the only straw to clutch. The away factor re-ignited the anti-board folk while those of us who are far from convinced by Bilic were yelling for him to be sacked.

Despite being a long time board supporter I think they have got this wrong. If they were keeping him they should have stumped up for the player he wanted. If not – move him on (though this should have been done in the summer really, they are paying for keeping a manager they are not sure about. I find it mysterious; it has gone very quiet from the Sullivans and David Gold – I can not help but think there is something else happening to which we are not privy. Something is clearly very wrong at the club, and yet…..

The squad on Paper is really not that bad, I saw a point made that if the signings had all been made this week it would feel very different and I think that has merit.  Looking at the manager’s preferred 4-3-3 In goal, England’s Keeper, backed up by Adrian, called up by pain not so long ago. Cresswell (England squad) and Masuaku for left back, League winner Zabaleta backed up by Byram at Right Back. Reid, Ogbonna, Fonte and Ginge for two places could also be covered by Rice and Kouyate.

Midfield three from Obiang, Kouyate, Noble, Fernandes and of course Lanzini – Rice has also been playing there. Hernandez/Carroll/Sakho/Martinez up top – flanked by Antonio and Anautovic covered by Ayew and Sakho or Lanziniagain as well as unknown quantity of Haksabanovic.

Throw in Quina, Holland and maybe Samuelson this is not a squad that should be looking at relegation etc. The squad has options, can easily go 4-4-2 or three at the back. Why does it all look so bleak? Well they are seriously underperforming. No oomph, look unfit, confidence is fragile, defeats turn into hidings. For me these issues point to a need for a change of manager. The board however deserves criticism. Either reluctant to spend, indecisive or both they have once again created a situation where expectation has risen only to end in disappointment. The atmosphere round the club is terrible. I think they figure there is too much quality to be relegated and if Slav does not turn it round they can let him go with if need be a January war chest to tempt a new manager (maybe their old target of Rafa). Dangerous game! Momentum is so important, we could get in a real mess and then fail to attract the right man while adding to the already terrible atmosphere around the club. With many unconvinced by the stadium move they needed to make a statement and have totally messed it up, meanwhile the “on paper squad” could suddenly not look so good with Sakho’s temperament and injury record and an injury free Carroll squad about as likely as a lift from Wayne Rooney we could be a Chica injury from trouble up front. Lanzini is the only established creative midfielder and Zabaleta looks vulnerable in the current system.

A couple of wins can put a different spin on things and while I desperately hope that happens I would really like a change. Improved fitness, a new impetus and a system that either gives Zab the protection of a wide right player or (my choice) on the right of a back three as well as finding a way to get Chicarito in the box and I still think we could look pretty decent with what we have.

One thing is for sure, defeat against Huddersfield will bring about a fan meltdown which will see the owners and manager under fire like never before.