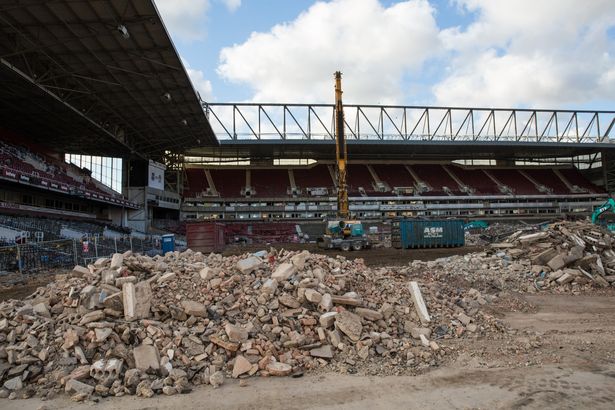 After a season of disappointment on and off the pitch I had lost some faith in the board and considered this summer a ‘make or break time’ for them as owners. Let’s remember the whole reason we left the Boleyn and moved to the OS was because it would take us to the next level. I accepted it wasn’t going to happen in a year but after the disappointment of the football witnessed and the new stadium and its features (and I was more tolerant than most) this summer’s transfer window needed to be a success to demonstrate to me their ambition and promises were not going to end up amounting to nothing. It became clear early on Bilic was going to be kept on as manager which I felt was a huge mistake and I wondered, are they really keeping him on to avoid having to pay him off? Anyway I sat back and waited to see who we would be bringing in.

On the day we signed Hernandez, I considered the window a success so far, and why wouldn’t I? We had signed four players who were all going to be first teamers and in the meantime had flogged deadwood like Fletcher, Nordtviet and Randolph. Three games later and with three loses on the board it was clearly evident that the thinness of the squad had been exposed. Yes Slaven and the players also had a lot to answer for but after the Newcastle game not in a million years did I think we wouldn’t strengthen the squad. Especially given that we had so far only had a net spend of £14M which was behind what some championship clubs were spending.

Even on deadline day when it was clear that Carvalho had become this year’s Carlos Bacca, I still had faith that we would strengthen. By now Snodgrass had also left and we had two natural wingers in the squad. This combined with the fact that Sakho had decided to orchestrate his own move meant that if he was surely to leave we would only have two senior strikers and one with an injury record that meant he was completely unreliable.

Deadline day came and went and whilst there were many rumours doing the rounds as to what had actually happened we could only deal with the facts. The facts were that after being completely embarrassed by a Newcastle side on the ropes we had signed no further players! After Sakho had been his usual petulant self he was bizarrely kept on despite an offer being on the table and Bilic clearly not wanting him! William Carvalho had not signed! And we had spent a grand total of £14M! Clubs like Brighton, Watford and West Brom had spent three times the amount we had spent! Am I expected to accept they are clubs who are going to be spending more money than us?!? If so why the hell had we left our home to move to a stadium we were getting for dirt cheap to spend a pittance in today’s terms?

Then was the moment that finally made me realise what many people had said all along and that I (along with many others) had refused to accept. I realised how naïve, how blind and how downright fu***ng stupid I had been. The board (and in particular Sullivan) were full of lies and empty promises. I refer to the statement that Sullivan released giving his ‘transfer window verdict’. Firstly I’ll start by mentioning what many have referred to as ‘chucking Slav under the bus’. It was an absolute disgrace to try and shift the blame all onto Slav. I called for the manager to go a few months ago but nobody can deny that Slaven is a good man and it was disgusting for a chairman to treat the manager like that. Now we move onto the scandalous lie told by Sullivan where he claims Sporting made contact late Thursday night to do the deal but it was too late. Show us some EVIDENCE of this claim. I’m not talking evidence of a bid, we know there was a bid (derisory by all accounts) but evidence of a representative from Sporting contacting west ham football club trying to flog Carvalho. To then claim it was too late to do a medical was an insult to the fans as the medical could have been done the following morning. Don’t pi$$ in our pockets and tell us it’s raining David!

The final straw was suggesting Slaven was offered two excellent players but turned them down. Are we really expected to believe Slav would turn down two players of proven quality? The statement was so many lies rolled into one and as I previously stated, made me realise how stupid I had been to previously give them the benefit of the doubt and even suggest at one time prior to the move that they were good for the club! It was at that point that I asked myself are the owners (as alleged fans) acting with the clubs best interests at heart and I was in no doubt that they weren’t. Hence why myself and plenty of others no longer give them any support and agree with claims that they are not the owners to take us to the next level.

As the great Paul Weller once said “You chose your leaders and place your trust, as their lies wash you down and their promises rust”

These views are not necessarily that of the website but of the individual writer.