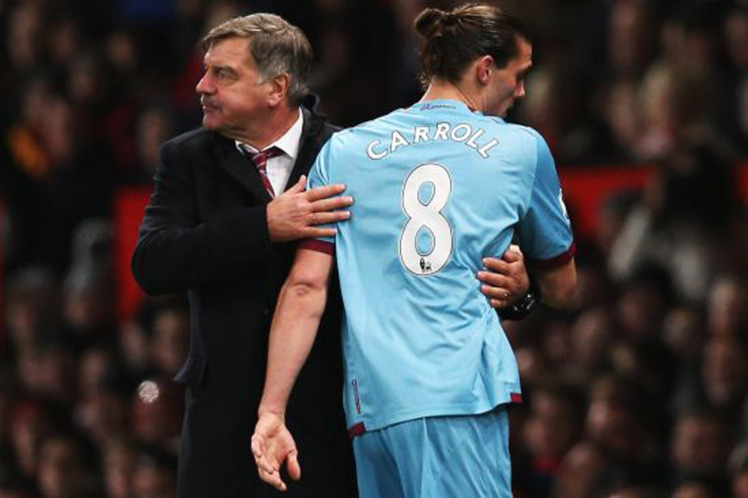 We approach the first home game of the season with a maelstrom engulfing the club. Anger at the board is high for sure but the reality is protests or not they will not be going anywhere soon.

“Sack the Board” might be easy shout but they are the major shareholders, they will not sack themselves and it would be pretty pointless if they did. “Sell the club” would be a more sensible cry if you are that way minded. They almost certainly will not until the penalty clauses which would see them paying a big chunk to the stadium owners expire though.

Slaven Bilic however enjoys no such certainty, in the last year of his contract and with presumably a relatively low cost to sack him by modern terms many of us are bewildered why the board are neither backing him or sacking him. I make no bones – I am not a believer in Bilic and would prefer he went. His personality and the way he conducts himself, make him popular and means many fans have been patient with him given a truly awful twelve months results wise which has included some embarrassing hammerings. I think his popularity has two other reasons, the large amount of fans who are anti board believe that given a different board Slav would be more successful. I also believe that many of the anti Allardyce brigade view a Bilic failure as some sort of indictment of their previous stance.

As I say I do not believe Bilic is the man for us, the lack of fitness and organisation are for me managerial shortcomings. His first season saw some fantastic games, he obviously deserves credit for this but there were two huge factors in his favour for me. The last season at the Boleyn produced the kind of atmosphere not seen since the demise of terracing and Payet was absolutely brilliant. There were warning signs though and at times teams that played fast counter attacking football exposed our defence big time. Not thinking he is the right man does not stop me hoping he is though. If he turns it around and proves many of us wrong I would be delighted. For that to happen as well as rediscovering his mojo he also needs some luck with injuries. We are able to put out a good first eleven and have some decent options even though numbers are light in some areas.

Sam Allardyce was lambasted for playing boring football, not the West Ham way. Allardyce is the opposite of Bilic, his personality does not endear him and he can teach David Sullivan a thing or two about blaming others. I think he is a good football manager (when he sticks to that and stops getting involved with agents etc.) but he was never loved at West Ham and split the club so badly he had to go. Much of the football under Slaven Bilic for the last eighteen months has been awful, boring lacking pace, one dimensional and far from effective to boot.  One of the central criticisms of Sam was that he would always pick Carroll (because he wanted to play long ball), I remember reading many posts when Bilic arrives stating Carroll would soon be on his way, far from the case though Slav is a big Carroll fan and it is a great irony that the manager’s hopes of a successful season are, in my opinion, inextricably linked to Carroll staying fit (yeah I know!).

I do not believe Carroll has been effectively used for much of his West Ham career (when he is fit I mean). The bloke is a beast, amazing in the air, he makes clever runs, he holds the ball, and he is a defender’s nightmare. So often though, he has been up top alone with nobody that gets to him quick enough or ever going beyond him. Now though it could be so different, Sakho could be a great foil for him but is injured just as much, they rarely play together. We now have the potential pace of Arnautovic as well as Antonio, and of course Chicarito; Carroll and Chicarito could be a fearsome combination that could be. Carroll wins almost every header sent up to him and is fantastic at moving in from a wide position and flicking the ball into space. Pacey players such as Antonio and Arnautovic would thrive, Chicarito could score loads from that kind of support. Add Carroll’s threat at set plays and we would be incredibly difficult to play against. None of this would address the defensive frailties but it would build confidence which I believe is a big part of the current problem.

I am not optimistic this will come to pass but I really hope it could, first though we need to negotiate the next two or three games with Carroll unlikely to play more than a total 90-100 minutes in the next three games even if he stays fit and Arnautovic the options are more limited but we really should have the players to beat Huddersfield, I just pray we get off to a decent start or the atmosphere will turn and it could get messy.

If you are looking for Offers of Sports Merchandise then this is also the place to look.