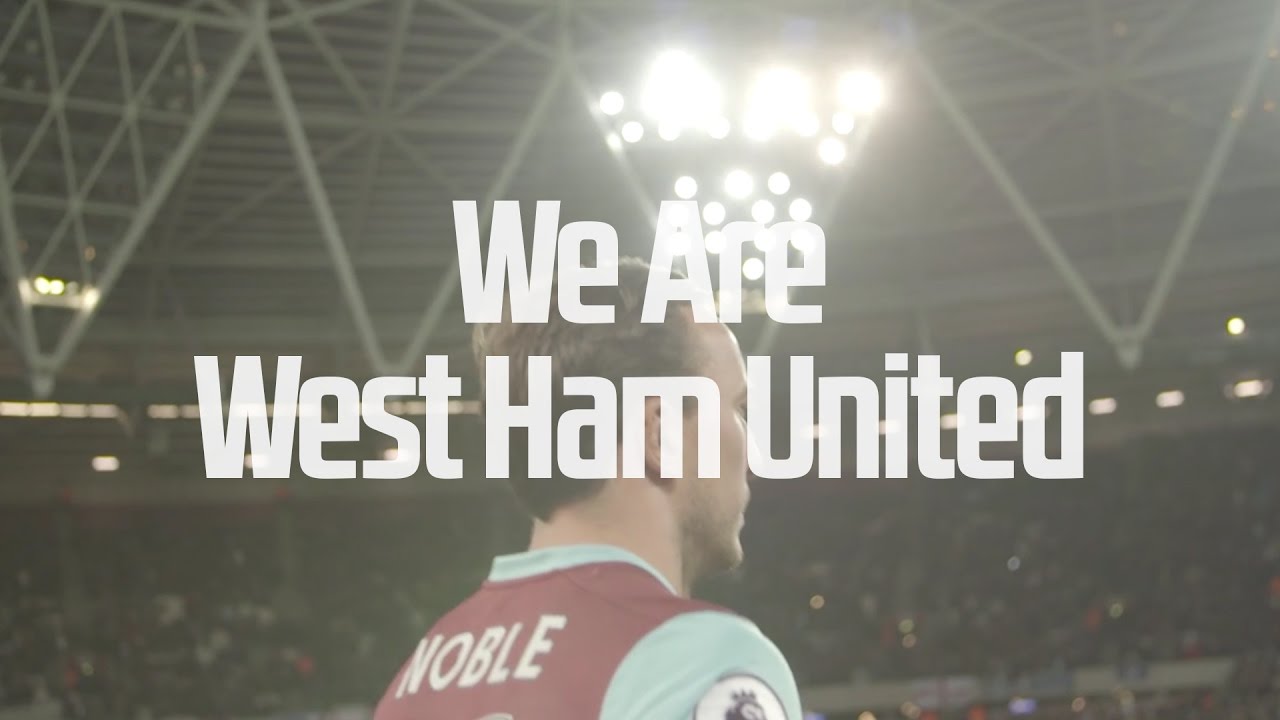 Written by By Gary Hewitt @garyhewitt82

Well it’s been a long time since I posted on a West Ham site but felt the need to as there has been a lot of negativity from fans being directed at the club. Now everyone is of course entitled to an opinion but in this day and age, with the numerous social media platforms and television coverage I can’t help but think what good all the negative comments can do for our club and players? I’m 35 years old, born in Plaistow and supported West Ham for as long as I can remember. 1 thing has always been consistent through the years and that is that season after season we will lose more games than we win… Does this stop me supporting the club I love, absolutely not! I would support West Ham if we lost every game and ended up in non league. Isn’t that what being a supporter is about? I didn’t choose to support West Ham, they chose me, I was born into it! Before the likes of twitter or even the internet, you used to watch us play and if we lost or didn’t play too well you would have your little grumbles with your fellow fans and use it as a good excuse to sink a few pints before u went home and that would be the end of it. Nowadays it’s become way too personal in my opinion. I know platforms like twitter are a place to share your thoughts with others and have a good old debate or even vent your anger but what I don’t like seeing is when fans are directly abusing the club and it’s players. If you want to criticise anyone then I think it should just be kept amongst yourselves there is no need to ‘tag’ players or staff in tweets as direct abuse is just another form of bullying. I mean what exactly is there to gain from it? I would think very few players purposely set out to play badly on a football pitch if any! Anyone who plays any sport would have bad days at the office, and not everybody is at the same level as each other, it would be a bit boring if every player was, imagine every game being 0-0 every week…

With regards to the chairmen and all the flack they also receive I do understand fans frustration but we could have a lot worse. The chairman’s main fault seems to be that they promise the world but only seem to deliver a continent or two! But surely nobody can say we haven’t progressed since they took over? We certainly have a much better football team. We have never been massive spenders, I’d never expect us to sign the Ronaldos of this world and to be honest it just wouldn’t feel like West Ham if we did. People will say I’m crazy but I honestly do not want some billionaire Arab who knows nothing about our club or football for that matter taking over and throwing money at us. I don’t want a team of prima Dona ‘superstars’. I like the nucleus of our club, our good old fashioned working mans football club. I like it when we win but I like the angry emotions it brings out it me when we lose also! I like that we have to wheel and deal, I like that there’s a possible path for a youngster or 2 to make the step up from the academy. I like that we are a ‘nearly’ team. I don’t expect us to qualify for Europe or win the league, that way I’ll be happier if we somehow do!

Now onto my next point which regards a certain Mr Diafra Sakho. He’s another player that has come under fire from the West Ham faithful of late and I don’t think all of it is warranted, let me explain..

When we first signed him and he linked up with Enner Valencia the man was unplayable, he went on I believe a 9 game scoring streak and aside from that his all round play and work rate was unquestionable. He gave so much more to the team than just goals. Fast forward a bit and of course he has suffered some quite significant injuries which has quite obviously knocked him back. He become a player, much like Andy Carroll that we could not rely on to last a handful of games let alone a season! Subsequently he has fell down the pecking order with players brought in ahead of him. I still believe that when he plays he can make a difference. You don’t turn into a bad player overnight, he just needs game time to bring him back up to scratch. He has obviously had some well documented off field troubles but sometimes you have to think about the lifestyle these footballers lead. He was relatively unknown when we signed him and no doubt was earning a very moderate wage for a pro footballer. He was still only 23 or 24, so a young man, then suddenly is setting arguably the greatest league in the world alight with the immediate impact he made. He was given an improved contract relatively quickly which was probably in the region of 20-30k a week which at that age would quite obviously get to a lot of people’s heads. Becoming rich and famous in such a short space of time can massively impact your lifestyle, behaviour and affect decision making, a certain Justin Bieber is a prime example of that! I’d certainly be dipping my fingers in a few pies and living the life of Riley if I was earning that kind of money! Most recently Sakho is getting abused for asking to leave for Rennes and again I don’t know what all the fuss is about, perhaps I’m too laid back or just think there are much more important things in life to be worrying about. Put yourselves in his shoes, he’s now apparently injury free after successful surgery, he’s been getting abuse for a while anyway for reasons already discussed, he’s coming to the end of his contract which is unlikely to be renewed and has Carroll, Ayew and Hernandez in front of him in a team that normally plays 1 up front. Like any player, who would really want to sit on the bench? In my younger days I only ever wanted to play football, I wouldn’t care who for as long as I was playing. Yes they get paid very good money but ultimately football is about the love of the game. He’s obviously been told and knows he’s 4th choice at our club, he’s not getting any younger and with the seriousness of his back problem he must have self doubts about how much longer he will be able to actually carry on playing for. Given the opportunity of first team football I know what I’d do, footballers do not have long careers playing and there’s no magic time machine so you have to enjoy it why it lasts as you only live this wonderful life once. Besides if the supposed £9m offer was true I cannot believe they didn’t accept it when it seems he won’t feature much this year.

Moving on and the future is looking a bit brighter on the pitch with a hard working performance against Huddersfield with some stand out performances from Antonio, Zabaleta and Collins to name a few. I was bit frustrated like most seeing Hernandez on the left wing but it dawned on me after that this is most like very short term as Anautovic is available for our next game against West Brom and potentially Lanzini also. These 2 are obviously more familiar and naturally suited to the left wing so would of course push Chicarito back into his favoured and more deadly striker role. The only problem when they are available though is how do you fit them all in cause I have no idea! I can see Bilic reverting back to a flat back four to free up another forward position. I mean how could you possibly pick a team without chicarito, Carroll, Lanzini, Anautovic and Antonio if they are all fit, but surely 1 of them will have to make way as I don’t see him dropping Kouyate or Obiang either, a good problem to have for once at least!