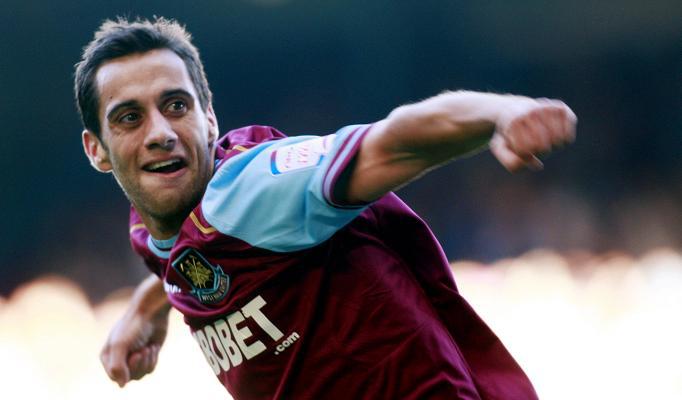 A time for celebration! Four points out of six and bagpuss Redknapp gets the sack, on the eve of the great Billy Bonds’ birthday! I bet you Bonzo pissed himself when the news broke! Like a recovering alcoholic, it’s a case of one game at a time for West Ham at the moment. Yes, the game against West Brom was a poor game, with very few chances for either side but after the start to the season we’ve had, every point matters. Four in our last couple of games is hugely encouraging, points on the board builds confidence in the team. It is in some ways a compliment, that Tony Pulis was that negative, that he set his team out to secure a point despite it being a home fixture. Why Slaven WHY? Persist with Javier Hernandez out wide? It took me back to a game when Sam Allardyce was manager of the club. The last game of the season when we got promoted back to The Premier League, before the play offs. We played Hull City at The Boleyn Ground winning 2-1.

I had two cousins of a mate of mine with me. They were over from America and were very excited to be going to their first live “soccer” game. I gave them the grand tour: The Queens, Ken’s big breakfast, Club shop and introduced them to David Sullivan in the car park. Then into The Ground we go. I gave the lads a basic run down of the rules. The game kicks off, Allardyce has little Sammy Baldock up front facing Anthony Gardiner and another Hull centre back whose name escapes me at the moment. Ball after ball is hoofed up to Baldock, who stood no chance against those two giants at centre back. They would win the ball and launch attack after attack on our goal. It’s almost half time and I’m thinking to myself: thank f*** these Yanks have not got a clue what’s happening on the pitch. Suddenly the one to my left says: “How come they are kicking the ball up in the air to the little guy? He is up against two guys that would do the Harlem Globetrotters proud, he doesn’t stand a chance”.

I thought to myself what is it Sam? The whole world can see things need changing except you! Or is it your ego? Seeing Hernandez on the wing left me asking the same question. Is it your ego Slaven? The whole world can see it is not working! The only thing that Slaven is going to achieve, by persisting to play Hernandez out wide, is that the player will lose confidence and belief in the manager. Once that happens …the goals dry up. Something we can’t afford to let happen. I understand what Slaven would like to do, that is to play neat intricate football, with the front three interchanging. Beautiful when it comes off, as it did against Burnley, in patches at Turf Moor last season. What happens to Andy Carroll in that instance? He is not suited to that sort of game. Probably the best chance of that happening, is if you have Ayew, Arnautovic and Hernandez in the team as your front three. That trio have the skill and technique to play that type of football, complimenting each other, creating the chances for Hernandez to put away. If Andy Carroll is playing, it has got to be 4-4-2 with Hernandez and Carroll up front.

Nothing wrong with that combination either, Carroll is a far more intelligent player than given credit for. On form he reminds me so much of Didier Drogba. Unplayable not just in the opposing penalty area, but helping out in defence. Either a thumping header away, or he chests the ball, brings it under control, then releases a perfect ball forward enabling us to launch an attack. Even when opponents have three people on him, he is so hard to deal with. Pulls defenders all over the penalty, area creating gaps for others to exploit, something Hernandez will do over and over again. When Carroll, meets that ball full on in the penalty area it’s only going one place. The back of the net. The key thing with Carroll is he needs to be managed carefully. Some games he will be able to play 90minutes, others he may play the last twenty. What of Diafra Sakho, or in my opinion Sak the Brat? Bilic has no option but to give him a fresh start, if he performs the majority of fans will forgive and forget. In some games, I would start Sakho ahead of Carroll. I would play him alongside Hernandez, or even Ayew in a 4-4-2 formation. Especially against teams, you need to press against from the top. He is a real handful at making a nuisance of himself, even when playing against the top teams. Like Carroll due to his injury record, he needs to be managed carefully. The key thing with Sakho is getting his head right. That is the manager’s job. Just looking at the forwards, you can see that the manager has options. At the moment he is not utilizing his options properly, which has led to confusion on the pitch. Even the best players lose confidence under such circumstances.

Obiang and Kouyate did ok against West Brom. We need them to develop as a partnership, you can only do that when you play together. We need Obiang holding with Kouyate DRIVING FORWARD! Despite having the lion’s share of possession (for a change). It goes without saying we have badly missed my favourite player, Manuel ‘The Jewel’ Lanzini, who supplies both creativity and pace to the team. Lanzini is the classic playmaker. Once again it is down to Bilic to manage Lanzini’s comeback carefully, the last thing we need is him breaking down just when we are on the up. It will be tempting to start him to against Spurs, but the sensible option is to put him on the bench. The defence is looking far more self-assured in the last couple of games, than it was done when the season started. Pablo Zabelata’s influence has been massive, on the playing side of things and leadership wise. He has got to captain the team for the rest of the season, under him things will only get better. Things are not perfect and plenty of work remains to be done, as far as shape and strategy is concerned on the training ground. Over to you Slaven. This week we are up against Spurs, the real acid test as far as our recovery is concerned. Play Noble and they will tear us apart. We need to press them from the front and attack them from the off, don’t let them settle. This is a game to let Sakho start! Let him get amongst em! Beat Spurs and confidence will grow either further. One game at a time though! Time to really get behind Slaven and the team. G&S? Bagpuss Redknapp makes them look like Saints!

We are more than a football Club,

We’re a way of life!