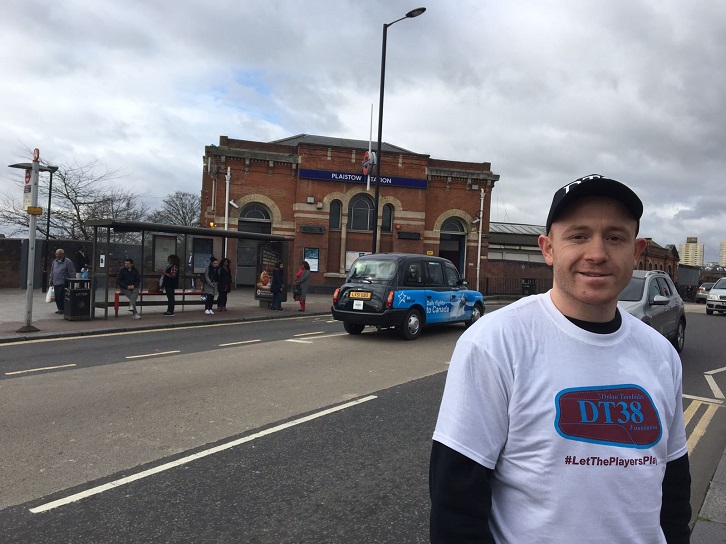 West Ham fan and professional boxer Mark Little was due to appear on our radio show this week but due to a few complications on our end we had to cancel the show this week.  We didn’t want to pass up the opportunity to interview Mark and we were delighted that he could speak to us before his big fight tomorrow.

So tell us about your boxing, how did you get into it?

I started boxing in January 2012 i was 23 stone and joined the gym just to get fit, but met my trainer Paul Cook there and started 1.2.1 training with him. He said he would have me fighting by the summer and in July that year I had my first unlicensed fight. I went on to have 12 fights then turned pro in November 2015. Im now 5 and 0 and professional.

What has been the story of your career so far?

My pro career has been incredible so far. I won all 5 fights so far and 3 by stoppages so all is going well.

Who are you fighting at the weekend and what can you tell us about your opponent?

This Saturday I am fighting Imantas Daviditias he is a 6 foot 8 Lithuanian. He is very tall and very awkward but I am looking forward to the challenge.

When did you become a West Ham fan and why?

I have been a West Ham fan ever since i can remember, all my family are Hammers. It was pretty easy to follow them.

What are your earliest memories as a fan?

I went to my first ever game with my Nan, she was a season ticket holder in the Bobby Moore stand. I was 6 years old and we played Everton and beat them 2-1.

Do you go regularly?

I am a season ticket holder so i go to every home game.

Who are you all time favourite hammers?

It has got to be Carlos Tevez, Di Canio and Mark Noble

Is Slaven Bilic the man to take us forward?

I think the stadium is fantastic it is that I am just not sure that it is great for football yet. I think West Ham need to take more control of it on match days.

How can you see this season going?

I think we will be ok this season as i feel there are some teams who are a lot worse than us.

What are your future boxing plans?

My future plans for the boxing are to keep winning and move up the rankings and hopefully get a Southern Area title fight next year and just keep moving forward.

How can people buy tickets for the fight?

What message would you like to give to the fans?

I would just like to say a massive thanks to everyone who has bought tickets and shown me support for this fight it has been unreal. I cant wait to see everyone on Saturday night.