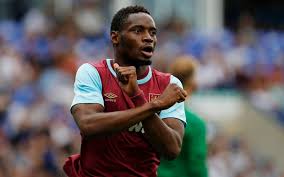 Good afternoon everyone, I hope you’re all having a good week. Here is what is in the news today:

West Ham and Everton are considering Walter Mazzarri as a replacement for Slaven Bilic and Ronald Koeman. (Express)

I would not be keen on Mazzarri to be honest. Watford seemed to really struggle under him last season, despite playing decent football in spells. He cannot speak a word of English either, which has proved to be a massive issue.

I would be interested to see how this develops though, because I would be very interested in seeing Ronald Koeman come to us, should he be sacked by Everton.

Diafra Sakho has been told that he could be offered a new deal by West Ham if he continues to perform. (Mail)

If this was a couple of months ago, I would not have been happy at all. However, its a different story now. Since returning to fitness, Sakho has scored an impressive four goals in six appearances. He is certainly showing his worth to the team and is proving a lot of fans wrong. If he can keep his form up, I would give him a new contract.

Jack Wilshere is considering his future ahead of next summer’s World Cup, with West Ham and Crystal Palace interested in his signature. (The Sun)

I really wanted to sign Jack in the summer, and I would still take him now. However, he is a free agent next July, so I would be tempted to wait until then to sign him.

West Ham’s home game against Newcastle United is not set to be moved to Christmas Eve. (Star)

I love this attitude. I think a few players in the first team could learn a lot from Declan here. I am looking forward to seeing him get more game time, because I think he is a brilliant player and he has a huge future ahead of him.

Everyone apart from James Collins and Domingos Quina are fit and available for selection against Burnley this weekend. (Football London)