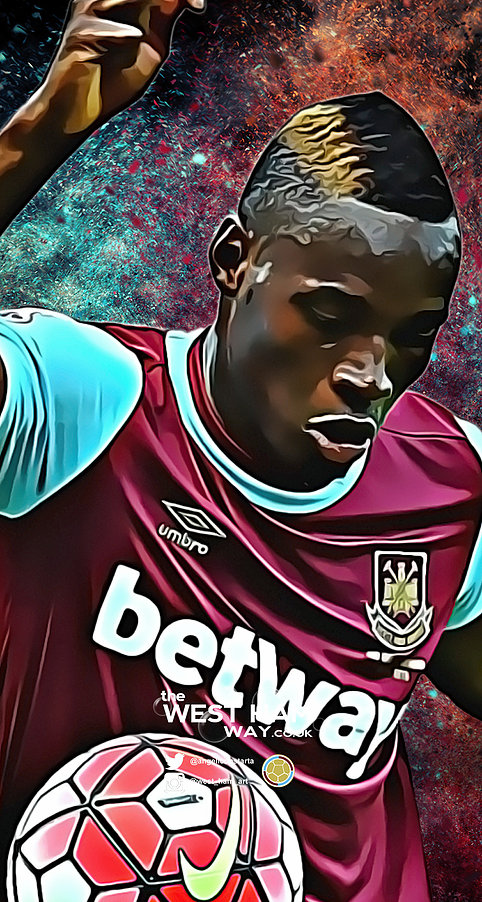 I was sitting at home thinking about West Ham, probably in the same way that most parents do when they see that their children’s school grades are on the wane, when I got to thinking about Diafra Sakho. It was a weird one because, rather than follow my gut reaction, I had to weigh up factually exactly what my opinion of him was. I say ‘rather than follow my gut reaction’ because, if I’m honest, I don’t really have one.

For the past two seasons, Sakho’s presence on the back of the programme has seemed largely irrelevant. At second glances, he seems almost to be anachronism of a player that should’ve been left behind in the Sam years. He kicks up a stink? So what. Doesn’t turn up to training? Who cares. Drives his car into somebody’s wall? Not high profile enough anymore to make big news. I think the most excitement that we got from him is when West Brom offered us £16m (still working that one out) for him before the inevitable failure of a medical lead to him slinking back into the shadows, turning up here and there every five months before another injury. This is, however, where it gets interesting.

At the beginning of the summer, before anybody meaningful was added to the playing staff, we appointed somebody whom lots were calling our (potentially) most important signing of the season. Gary Lewin, new Head of Medical Services, came in like a knight in shining armour, a West Ham Way writer (apologies, I can’t remember whom) proclaiming that his speciality was in the maintenance of players with existing injuries- no small matter when you’re West Ham United. With players like Carroll and Reid in and out of the squad so many times that Rush Green had to fit a revolving door, there was cause for optimism. This even led to some whispering that a certain Senegalese striker would return, putting pay to playground talk that he was just an urban myth started by the old boys at the Boleyn. Even if he did return, he wouldn’t be anywhere near the first team, would he?

Fast forward to October and here we are. Chicharito hasn’t been tactically allowed to have quite the impact that many had hoped and Carroll seems to be in that phase where he ‘Kills our chances of playing decent football’ before scoring and becoming ‘absolutely unplayable’ and then the whole cycle starts again. That’s if he doesn’t get injured. West Ham fans, eh? So we have no in form forwards. On comes the forgotten man and pops up with a goal. And we don’t quite know how we feel about it. Apart from his bad boy image, there’s an irresistibility about his return and his match winning goal. Let me explain.

What made me think about West Ham and Sakho in the first place was a piece about Brexit. Bear with me. I’ve heard many political commentators state that the ball was set rolling because many establishment figures were against it and the general public was sick of politics and lying, cheating, inept politicians. It was payback time with two middle fingers aimed firmly up in the air. Back to football. Last season we had Bilic v the board. Whatever you think of the board (and I think of them reasonably highly), they’re not always the most likable in how they present themselves. If they even have a PR team, I’d be very surprised. When things weren’t going right with Payet, injuries and the new stadium, leading to bad results on the pitch, it was easy to back Bilic. There was almost too much going against him for him to be able to do a good job. This season, the performances remain the same in spite of some top drawer signings and reasonable player fitness. The board, as ever, do themselves no favours with the William Carvalho debacle. It’s certainly easy to become dejected as a West Ham fan. Then we get a scenario straight out of a 60’s Sci-Fi movie where some average Joe wakes up from a coma to find everything decimated and he is named master of the universe.

Okay, I’m being flippant here. My point is, however, that Sakho came out from the cold and delivered the goods. He’s also not necessarily affiliated with the manager or board, both unpopular right now. Yes, he was a Sullivan signing, thanking the Chairman over Big Sam at the awards evening. His not playing and bad behaviour, on the other hand, make that kind of insignificant- I doubt Sullivan would be so upset at him not being picked in the same way that he would with somebody like Antonio. So the forgotten man, with no ties to authority does what he’s paid to do. Maybe some of the more disgruntled fans see him as somebody that they can actually get behind. The public, some would argue somewhat miraculously, backing the anti-establishment figure.

This brings me to my final point. Whilst every single ounce of logic makes me want to hate Diafra Sakho, send him home and fine him in the same way we did with Mr Payet… I can’t. Why? The fact of the matter is, Diafra Sakho seems to give a damn where it matters. On the field. Why would Slav be prepared to constantly offer an olive branch to somebody who has behaved poorly in the past and wants to leave when he wouldn’t do this to arguably the best player we’ve had since Di Canio? Because he’s a passionate person who, when called upon to play, gives his all. Season’s ago when we didn’t have a dedicated right back (I know, it could be any given season) and Tomkin’s was put there, it was largely a success due to the support at the back that Tonka was given. Who was there, running back and providing cover? Diafra Sakho. Why was he so effective in his first season at West Ham? Because he went for everything. Half chances, chances that seemed lost. He went for them. Coming on against Swansea, many forwards would argue that they weren’t given enough time to get into the game, finding the last 10-15 minutes to be pointless. Sakho went for it, bombing it to the back post to mop up King Arthur’s sweetly struck cross. Skill? Maybe not. Effort? Certainly. Also, the reaction of the other players was there for all to see. Apart from the glee of a last minute winner, the body language wasn’t that of a group of people who have uninvited somebody from a team meal and kicked them off the whatsapp group.

What I’m trying to say is that Sakho has problems off the field. That much is clear. He’s had a bit of a torrid time and whilst, injuries aside, it has been self inflicted, there must be something that Slav sees in him personally. Slav doesn’t suffer fools gladly. Amalfitano was released from his contract, Arbeloa never quite regained favour and even the European Championship player of the tournament was eventually given his marching orders. If you aren’t of a certain character, you don’t last long. Was his travelling to Rennes (whom, let’s face it, aren’t glamour boys of any league, let alone the French one) a desperate attempt for a fresh start or to get away from his problems? It’s quite possible. An ‘It’s not you, it’s me’ situation, maybe. We don’t see what goes on behind the scenes but it would appear that Sakho fits into the bracket of Paul Gascoigne and our very own Paolo. Players that, in spite of their problems, love a game of football and give their all when on the field, becoming people that everyone comes to respect. I’d much rather that than Payet and Ravel Morrison who have all the talent in the world but don’t have the strength of personality to get involved with the team and fight for their place. So whilst it remains to be seen what happens with Sakho in the future, after all he might get injured in the next game, there’s clearly something that the club sees in him that’s worth sticking with. If we can get an arm around him and keep him fit, maybe he can be like a new signing for us. Can he?