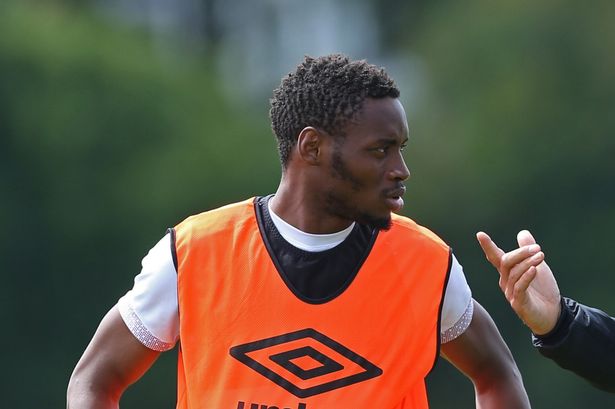 Now before you complain about the cynical nature of this article, I am hoping I can make you see it is more me trying to make the best out of a bad situation!  Friday night will see us take on Brighton without Andy Carroll, I will give you my opinion as to why for me, this is a blessing in disguise.

I’ll start off with the point perhaps best illustrated against Burnley in the 57th minute, with a flowing move featuring Hernandez, Obiang and Lanzini which Antonio could unfortunately not finish off.

We cut through Burnley like a hot knife through butter because the pace and technical capabilities of our players shone through.

On Friday I think starting with Ayew or Sakho up top will force us to play this fast and possession based style of football, far more so than we would had Andy Carroll been on the pitch.

We did get a goal through a defensive mishap after a route 1 ball from Hart on Saturday, but you’d be lucky to get those chances more than once every other match.

The way to cut through the physical and well drilled sides like Burnley or the newly promoted Brighton is to give them something they didn’t face week in, week out in the Championship – Pace!

Pace is such an important part of the modern game and unless you are an incredibly well drilled and physical side, as we were under Allardyce, Hull were under Silva and teams like Burnley, Newcastle and Watford, again under Silva are showing this season, you will be put to the sword by it!

Yet we are not strong enough defensively, and although I am not sure we ever can be under Billic…What I will say for him is that we showed throughout the last season at The Boleyn, he can get us playing fast and attacking football!

Payet, Lanzini and Antonio all regularly bombed forward, past defences creating chances for themselves and the runners into the box.

Because of this the team was able to hold a far higher line to create more pressure, keep defensive shape and increase the chances of retaining or winning back possession.

And I don’t think that anyone can argue with me when I say that what Carroll does not posses is pace…At least not that comparable to the likes of Hernandez, Sakho or Ayew

This inability to break forward at speed is where I feel Carroll holds the team back for large portions of the game.

My ideal scenario (other than a consistantly fit Carroll) would be to wear opposition teams down with a pacey attack for 75 or 80 minutes and then chuck an energetic and powerful Carroll if the game is crying out for it, to chase down every ball, challenge every header and take advantage of any fatigue or lapse of concentration from the opposition.

But being forced to play the option of either a pacy attacker in Ayew or Sakho along side Hernandez or playing Antonio, Lanzini and Arnautovic in a 3 behind the Mexican, almost forces our hand in terms of a style of play we use on Friday!

Meaning that we will hopefully use that pace and break quickly at every opportunity.

Let’s get behind the team and see if they give Billic an even bigger selection headache up top for games to come!

Hopefully this isn’t just wishful thinking on my part and Friday night we will see an exciting West Ham….because it’s been what I’ve missed the most since we left The Boleyn!