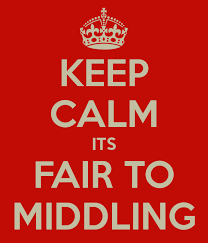 As West Ham fans, we’re pretty much used to being the middlemen of the Premier League. The current run has seen us finish 11th, 7th, 12th, 13th and 10th, echoing our previous run, which spanned 9th to 17th. Aside from our brief drop to the Championship and immediate bounce back, you can sometimes feel like the Hammers are there just to make up the numbers.

So, the recent predictions by sports analysts, Gracenote Sports, won’t have come as much of a surprise to the West Ham faithful. Gracenote had us predicted to finish in 10th place with 47 points at the start of the season, and after seven games had revised that down by one win to put us in 14th place with 44 points.

Gracenote creates its Premier League predictions by ranking the top flight clubs using its Euro Club Index, then running over a million ‘season simulations’ to work out what it thinks will happen. After seven games, the exact placings may have shuffled a little, but the area of the table for each club has remained roughly the same. Pre-season favourites, Chelsea, have been replaced by Man City, and Crystal Palace have swapped places with Huddersfield at the bottom of the table.

You could argue that this is not exactly rocket science. Crystal Palace have lost all seven games and have yet to score a goal while conceding seventeen. My cat could predict their fate at the end of the season, and she’s much more of a rugby fan. If anything, Gracenote’s estimate of a 72% chance of the Eagles flying south seems rather generous.

Similarly, with both City and Man United unbeaten with six wins apiece, and with 39 goals between them and just two each against, you hardly need to be Nostradamus to predict one of them to be picking up the trophy next May. Gracenote reckon there’s a 47% chance it will be City and a 24% chance it will be United, leaving just a 29% chance that the title will go anywhere else but Manchester.

Of course, predictions are not always right. With all its experts to call on, BBC Sport predicted Chelsea to win in 2015/16 and Leicester City to finish 19th. We all know how that turned out. They also predicted the Hammers would finish around our customary mid-table spot of 11th, but we beat that by four places to finish in the heady heights of the top seven. That was, indeed, a strange season all round.

In many ways, West Ham’s reliable mid-table mediocrity saves us all a lot of sleepless nights towards the end of the season. It also saves us a few bob at the bookies, too, based on the old Premier League outright odds. After all, who is going to back us at 750-1 to win the Premier League, or even at 100-1 to finish in the top four? Certainly, no Hammers fan wants to tempt fate by having a cheeky fiver on relegation at 6-1.

Sometimes you just have to accept the fact that with West Ham neither at the bottom nor the top, like Kermit’s nephew from the Muppet Show, we are destined to be forever Halfway Down The Stairs.