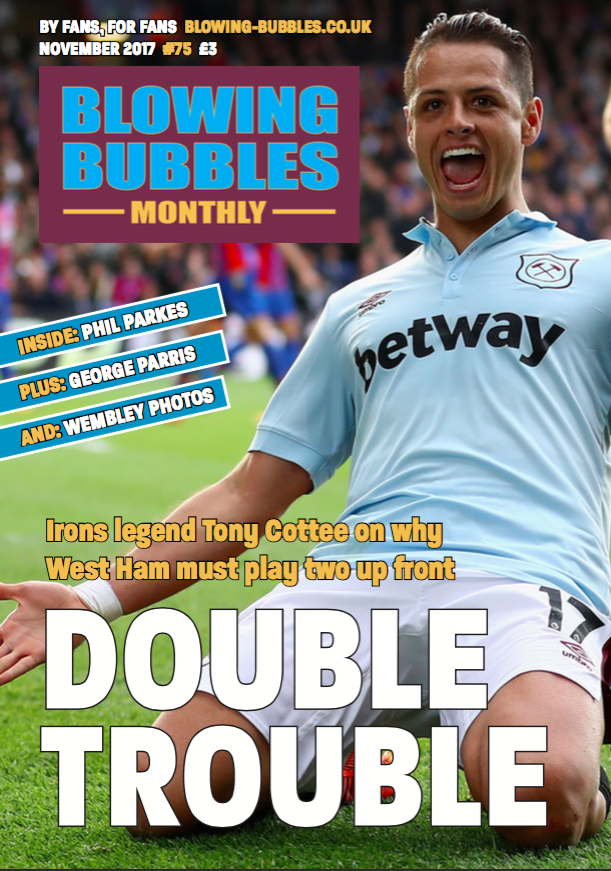 Former West Ham legend Tony Cottee says the club is right to stand by his former team-mate, under-fire boss Slaven Bilic, despite the team’s poor start to the season.

Cottee, who scored 146 goals in two spells with the Irons, played alongside Bilic in his second stint at the club and in an exclusive interview with Blowing Bubbles Monthly magazine, said that the example of two of his other former clubs this season showed why knee-jerk reactions could be counter-productive.

“I’ll always defend Slav  as I honestly believe he’s doing his best and trying to do what is best for the club,” said Cottee. “He understands what the fans want but obviously understanding it and delivering it are two different things.

“If he left tomorrow, I don’t seen an outstanding candidate who would be the person you’d rush to get in. Leicester and Everton have pressed the button very quickly…. But I think it’s fair to say when they sacked their managers neither club had any idea of who they would want to get in.”

For this and more claret and blue chat – including the thoughts of Phil Parkes and George Parris, a look at Reece Oxford’s overseas adventure in Germany, and a peek behind the scenes at the London Stadium, read the latest edition of Blowing Bubbles – out now