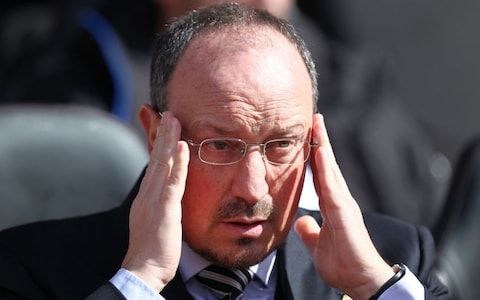 Disclaimer! This is in no way a news article. I am unaware of the club’s exact intentions and this is purely an opinion piece on tactics. I am behind the team and the manager, whomever may be in charge.

As a scientist I tend to question how things work and how they function. With all the talk of a managerial change at the club I find myself thinking about how things may play out for us in the short to long term. With the odds stacked against him, it would be a safe bet that Slaven Bilic will be replaced in the near future, whether that be over the coming weeks, or at the end of the season. Whilst I do find this an exciting prospect, as we have a good set of players and the right appointment may get the most out of the talent we currently employ, we cannot get away from the risks that change will bring. The correct decision will not be obvious, you just have to look at the catastrophic failure of Frank de Boer at Palace, a prime example of an incompatibility between managerial style and the playing staff. Whoever comes in will need to bring something to the table, the real risk here is a sideways step, or worse, a backwards one.

So who is in the frame? It is no secret that there is a list of potential candidates for the job, and I find myself imagining how they would fit with us as no doubt many of you are. So lets jump straight in with the man who had all but signed for us as manager in 2015, before his dream job was offered to him. I am talking of course about Rafa Benitez. Rafa is a winner, make no mistake, he has won trophies all over Europe. His biggest achievement is hard to pin down as there are so many, but what stands out for me is two la liga titles in three years with Valencia, competing against a Real Madrid side boasting the talents of Luís Figo, Raul, Roberto Carlos, and Zidane. He won two trophies at Inter with a thin squad and little financial backing. Even with the disgusting treatment he got from Chelsea and their fans, and the fact that everyone knew he would be gone at the end of the season, they still won the Europa league. The winning goal coming from a training ground set piece routine executed well by the players who were still playing for him despite his situation. You shouldn’t mention Benitez without talking about ‘that night in Istanbul’, a tactical battle that saw Liverpool come out a different team in the second half, helping Rafa topple Ancelloti to complete one of football’s greatest ever comebacks. I hope you will forgive me for not mentioning a certain other cup final.

A remarkable CV aside, this article is about tactics. Rafa is known as a ‘details man’. He studies the opposition and works out how to best exploit their weaknesses. A prime example of this would be our recent trip to Tyneside where we were beaten, and beaten well. In this case he overloaded the midfield cutting off our attacking options. We didn’t really adjust to this, so it was essentially a one move checkmate. However, he is very consistent in formation, often employing a 4-2-3-1. He sees a team as a system in which players must fit, where everyone has detailed instruction.

If we look at his current team Newcastle, they fall into 4-5-1 without the ball, where they defend with intensity and are hard to break down. At the time of writing only Spurs and the two Manchester clubs have conceded fewer goals. The midfield is tasked to win the ball back and initiate very quick vertical transitions. Atsu and Ritchie are expected to play with width, although Ritchie has a license to cut inside with Pérez floating in and around the right side half space which often causes overloads in that area. The striker, often Gayle or Mitrovic is tasked with disrupting the opposition defense and making gaps for long through balls. Their aggressive wing play does leave them vulnerable to attack in both the left and right half spaces but the midfield pairing of Hayden and Merino are well drilled and often get across to extinguish the danger. They have an average possession of 44% and only a 73% passing accuracy. They currently average one goal per game, as do we. Their football is far from entertaining but it has been effective thus far, and I see them finishing comfortably above the other two promoted sides. I put this down to a clever manager working with what he has, and getting the best out of his players.

It is not always negative with Rafa, remember his Chelsea team putting 8 goals past a Villa side who were on a six game unbeaten run? They could have scored 10 that day with some exceptional attacking play. We recently decided to try and sit and protect a two goal lead against the league’s lowest scoring team. Something I just cannot get over in a hurry.

I think that Rafa Benitez would certainly take us forward from where we are today. I think we have the players to suit his current style of play and we would pick up points as a result. The only slight concern would be the midfield being disciplined enough to fulfill their defensive duties. He would bring a very much needed period of stability with what I think will, at least in the very beginning, be results based football. Asking questions of the opposition rather than going all out with flair. But how long would that be acceptable? How long would he be given if the football is not as exciting as we would hope for? Bianca Westwood raised this very good question on this week’s radio show. I don’t think it would take very long at all. Our squad, especially in advanced positions is far stronger than Newcastle’s. Rafa is a man who believes in balance between defence and attack, a very sensible stance in my opinion. I think Rafa would not need to change the team much at all, he would just need to tighten up the defence and have everyone get on board with his approach. A front 4 of Lanzini, Hernandez, Antonio, and Ayew could play with much more freedom if the team behind them follow a disciplined, defence first mentality. This focus on defensive solidarity is something that Sam Allardyce was criticised for, unfairly in my opinion as he had, lets face it, a championship level team for the majority of his time at the club. He started playing some excellent football when he employed the 4-4-2 diamond formation with the right players. One of the many things Rafa does have on Big Sam though is his enthusiasm for youth players, he did great things with the Liverpool academy, the fruits of his labour being enjoyed by Jurgen Klopp today.

This article was supposed to encompass several of the managers that we have been linked with but I think that would be too long. I will wrap it up here and perhaps write additional tactical profiles in the near future. Let me know your thoughts in the comments or on twitter.