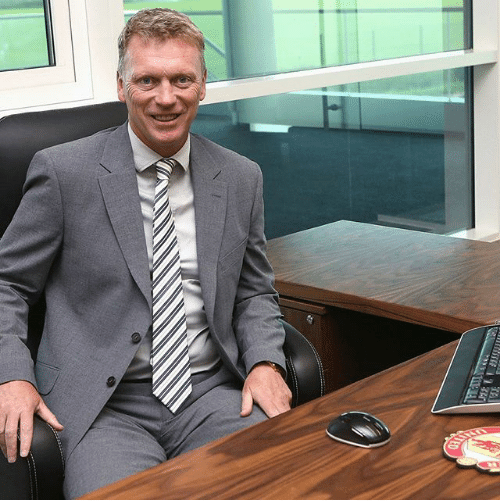 Welcome to the second installment of our tactical profile series. Today’s focus comes in the wake of the sacking of Slaven Bilic. I would like to take this opportunity to thank Slav and his team for some of my fondest West Ham memories. During the final season at the Boleyn we saw some amazing football, and some incredible moments that will stay with us for life. I wish Slaven all the best for the future.

Today’s profile is on David Moyes and his rumored backroom team. Moyes played the game as a centre back before taking on his first managerial position with Preston North End. His successes there got him the Everton job where he spent eleven years. He was praised for his achievements at Everton by many fellow managers including Sir Alex Ferguson who recommended Moyes as his successor.

Moyes then went on to manage Real Sociedad for one year. This included a 1:0 victory over Barcelona which led journalists to recall his successful days at Everton. He was however sacked after a poor start to the following season.

His next appointment was with Sunderland who Sam Allardyce had kept up the season before. Big Sam left for England and Moyes was employed to replace him. Sunderland last season were one of the worst teams to ever play in the top division, they finished the season bottom of the league recording six wins, six draws, and a whopping twenty nine defeats. If West Ham give David Moyes a contract, he will surely be aware that it will be his final chance to restore his reputation as another failure will probably end his career as a top flight manager.

Tactically speaking, David Moyes tries to set up his teams to be difficult to beat and to nullify the opposition’s strengths. Everton under Moyes played with lots of width, which mainly came from the fullbacks. His preferred formation is a 4-2-3-1 with the central attacking midfielder playing in an advanced position just behind a main striker, resembling a 4-4-2 at times. One of the central midfielders is often tasked with supporting the wide players and creating overloads on the opposition flanks, a role that Leon Osman excelled in with Everton. Moyes has a reputation of being quite negative but his Everton team created many chances, spending a large percentage of games in their opponent’s half. He has been known to value ‘the system’ over any individual player, where players are picked to do specific jobs and follow a fairly rigid game plan. This last point worries me considerably as I fear that our best players may become unhappy if they do not fit in with the plan. This is something that Javier Hernandez has already experienced playing under Moyes at Manchester United. The first, and arguably most important task that Moyes will face if he joins us is getting Hernandez on his side, and smoothing over any issues from the past. He will face an uproar if he decides to freeze out our highest earner and most talented finisher.

Other players who have worked under Moyes have also been quite vocal about their experiences. Rio Ferdinand stated that the tactics under Moyes were ‘embarrassing’ and that he brought negativity and confusion to the club. He said that “He tried to impose a vision but never seemed to be completely clear what that vision should be” and “Often he told us to play it long, and other times he wanted 600 passes in the game”. The Sunderland players nicknamed Moyes ‘The energy vampire’ and he was accused of sucking the life out of the club with a poor, defeatist attitude. However Leon Osman has recently said “I think his desire, his will to win and his attention to detail which you don’t see when you just see a manager walking up and down the touchline on a Saturday, you don’t see the amount of work and the detail that has gone in through the week. David Moyes was very passionate about working, getting his coaches involved and working through the week and West Ham will see the benefits of that.”

The rumored backroom team consists of Alan Irvine, Steve Round, and Jimmy Lumsden who have all worked with Moyes previously. If they are appointed, I will provide more detailed profiles on them over the coming days. The most interesting rumor surrounding this potential appointment is that of Stuart Pearce who made 50 appearances for us scoring three times. He was named Hammer of the Year in 2001. I am hoping he has an active role if he joins as he was successful with the England under 21 side and he strikes me as someone who is tactically smart, and will not suffer fools.

I am far from excited about this potential appointment and I think this is a sideways step at best. It is clearly a risk appointing a manager who is on such a trajectory in terms of their career. Can he turn things around for both us and himself? Will we get the Moyes of Everton? I am not worried that we will suffer a similar fate to Sunderland though. I think at the very least, training will improve which will improve fitness allowing the squad to carry us through. We just need them playing as a team with intensity, something the players are more than capable of doing with some structure installed. We have to carry on supporting the team on the pitch, whoever is in place for the next game.