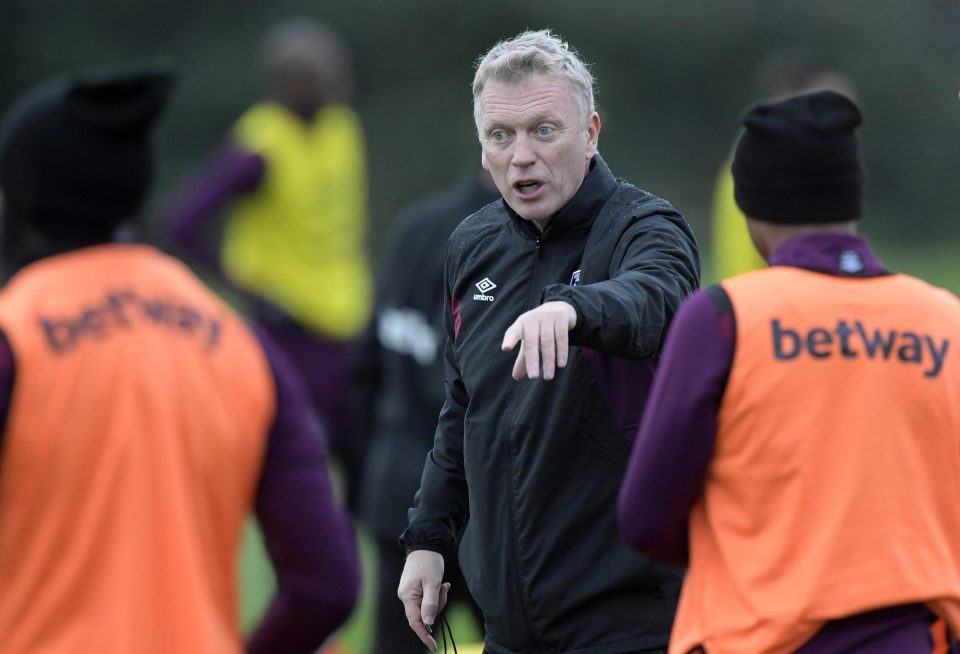 No I didn’t think Slaven Bilic would be sacked. I did not think that Gold and Sullivan, would pay the three million in compensation that it would take to get rid of Bilic and his staff. So I don’t know what shocked me most, the sacking of Bilic or the appointment of Moyes! So why Moyes? A number of factors really. Its cloud 9 and cuckoo land stuff, to think that a top manager would want to come to a team that is languishing 18th in the Premier League and are in a relegation dog fight. You can offer them all the money in the world, but they won’t come if they think that we could go down, that would mean relegation on their CV. They would have seen the shambles that has been West Ham this season and said pass, I’m not a miracle worker. Then you get to finances of it all. It is easy to say appoint so and so and give him a substantial war chest. Two problems with that though, the January transfer market is notoriously difficult to deal in. Clubs don’t want to sell their best players mid-season, as a result the market is hugely inflated. Secondly it is more difficult to shift unwanted players in January due to the time limit. If a Club is not careful and desperation sets in, by the end of January you can have a bloated squad and a substantial increase in your wage bill.

It’s clear that that The Club believe, that we have a talented squad and don’t want to dismantle it, with the intention of adding a bit more depth in the summer. The Club could have gone for Sean Dyche or Eddie Howe, both who have done well at Burnley and Bournemouth respectively. However that would have been a huge risk. As promising as both Howe and Dyche are they have limited experience. Believe you me it’s a big job to turn The Club’s fortunes around, experience is going to be needed! I was hoping that The Club would go all out to land Brendan Rodgers! So like so many I was hugely deflated, when The Club announced, David William Moyes, as the 16th manager of West Ham United. BUT…. It may yet be a shrewd move! Let’s get one thing straight, David Moyes IS a good manager. You don’t manage to keep a Club like Everton up around sixth spot, for the best part of a decade if you are a sh*t manager. Doing so on virtual peanuts. Christ on a bike! He beat us home and away at will! His teams were always well organised. A defensive manager and long ball manager? At times yes, but his teams could also play attractive football on the deck.

People point to his record since leaving Goodison Park and say he is a has-been. It says something of the man’s standing in the game, that Sir Alex Ferguson, recommended Moyes to succeed him. So what if it never worked out at Old Trafford. Whoever succeeded Ferguson was always going to be up against it. Moyes inherited an ageing squad of prima donna’s so set in their ways, they went whinging to the media, complaining that Moyes took “chips off the canteen menu”. Bless em! He certainly was not backed as much as Van Gaal and Mourinho have been in the transfer window. His last two jobs were at Real Sociedad and Sunderland, were almost like someone having just broke up from a long term relationship, and getting into relationships on the rebound. It is worth mentioning that he did manage to beat Barcelona while at Real Sociedad, during his ten month tenure at the Spanish Club. The Owner of Real Sociedad was a rather trigger happy man, firing four managers in fifteen months! As for Sunderland I don’t think anyone could have kept them up.

In many ways David Moyes appointment reminds me of when Sam Allardyce arrived at The Club. Like Moyes, Sam had a point to prove having been sacked at both Newcastle and Blackburn. His reputation in the game was restored due to his spell at The Boleyn. Whether one likes it or not, Sam Allardyce with the help of Kevin Nolan, hurled the Club up by the proverbial jockstraps when he arrived. We had just been relegated and were out for the count. YES the football was unquestionably dire at times (not always) but Sam Allardyce, certainly delivered on his remit of getting The Club back to The Premier League and establishing it as a Premier League outfit. In the unforgiving world of football management, David Moyes, will not get too many chances if he fails at The London Stadium. However a sticker to detail like David Moyes, will have come to conclusion that we have a talented squad and with a good crop of youngsters coming through. He will also have inside knowledge of the Club, thanks to his links with Tony Henry our recruitment officer, who worked with him at Everton. With a lot of hard work on the training ground, not only will we turn things around but indeed flourish. The golfing great Jack Nicklaus, once said, “The harder I practice, the luckier I get”. Under Slaven Bilic sadly that was obviously not the case.

It’s going to be a different world under Sergeant Major Moyes that is for sure. The kids? At Everton Moyes played them, if they were good enough 16, 17 it didn’t matter. Tony Martinez? Moyes tried to sign him at loan while at Sunderland. David William Moyes was not my choice but he as manager of West Ham, but he has been appointed and has my full support. I just have a sneaky suspicion that David Moyes may just be what the Doctor ordered. West Ham have been a Club at war, recently none more than on twitter, abuse and counter abuse. Some of the abuse hurled at Sullivan’s boys, David and Jack has been mean vile and uncalled for. Any person with any decency would say it is not right. West Ham have always stood for decency and we STILL DO!! However social media has turned us into some sort of wild animal and believe me I’m no different. Time to leave the kids alone. Time to heal, time to dream.