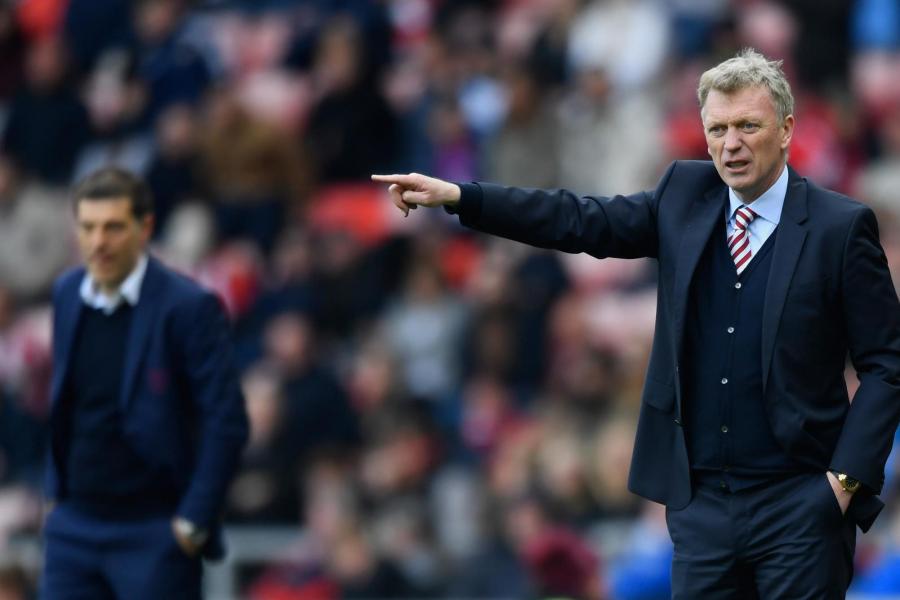 So like a lot of fans, Monday felt like a very sad day for this football club, with one of our own in, Slaven Bilic losing his job as manager of the club. I’d like to firstly pass on my gratitude to him for playing a huge part in taking this club a step forward and getting us back to playing the sort of football that we West Ham fans believe is our philosophy. The final season at Upton Park, in particular, will live long in my memory, with us breaking our record points total in the Premier League and beating the top six clubs convincingly multiple times, under Slaven’s stewardship. The final game of that season against Manchester United will never be eclipsed in my mind as the greatest football match I have ever seen and I wouldn’t have wanted any other manager in charge that day.

The second season was always going to be problematic with the stadium move and with Slaven’s talisman deserting him, however, he showed nothing but great character and dignity to turn what could have been a dreadful season to an average one with us being one point off 8th place.  It’s unfortunate how it has panned out this season, when we should have pushed on. The players unforgivably have let him down on the pitch with consistently bad errors, but it’s a results business and the manager ultimately loses his job.

Slaven can leave the club with his head held high with an extremely respectable 38 win percentage and therefore one of the most successful managers in our illustrious history.

The following day, saw what had gained quick momentum over the weekend in the media with David Moyes being appointed on a 2 and a half deal, with a 6-month break clause, that can be operated by the club should they wish. From a board perspective, it suits them down to the ground. It’s someone that they have targeted previously, available with no compensation and has worked with our Director of Player Recruitment, Tony Henry at Everton. They will be in no doubt that he will be able to turn back the clock to his Everton days, where he was able to build relative success over a period of time. However in reality, football has evolved since then and you don’t get that luxury of time anymore.

I’ve reflected a lot over the past few days and I can’t shake the feeling that the appointment is a mistake. It has left me fearing for this club’s short-term future of staying in the Premier League, which I was never concerned about under Slaven Bilic, due to him digging us out of a bad situation last season. For me, David Moyes, in the same way as Roy Hodgson, is damaged goods. Every manager can have a failure, but two or three on the spin and that’s a trend. I truly believe he is in a no-win situation by taking over the club. If he inconceivably takes us down, he won’t manage again and if he keeps us up, he will undoubtedly have to be kept on after other options are targeted and failed to secure. He will then be left as the man that the owners don’t really want long-term and the one the fans definitely don’t want, without any significant backing in the transfer market, which will just lead to yet more unrest at the club.To credit David Moyes, he did speak very well in his press conference and you certainly get the impression he’s hungry to succeed. The club too is desperately trying their utmost to put a good spin on the appointment, by latching on to the view about training intensity and lack of fitness being the main issue for our current league position. However, as someone who works in Digital Marketing, I see right through this as nothing more than a deflection tactic to try to manipulate the fan base to believe Moyes is the best man for the job, which I maintain he isn’t.

So an interesting remainder of the season lies ahead. I will back the team that I love as always and hope we can turn it around, finishing in a still attainable mid-table finish. The first two games are crucial to getting off to a good start, with the likes of Man City, Chelsea, and Arsenal to follow.  Come the summer, it will be time for the board to prove me wrong about whether or not they can actually achieve their high ambitions with a world class managerial appointment and a budget to match or will it prove to be another reality check for us fans that the West Ham managers job has become a poisonous chalice under Gold, Sullivan, and Brady, with the club falling further away from the Champions League.

I conclude with how I started, thank you for everything Slaven, you deserved so much better than how it ended. I hope to see you back in management sooner rather than later, displaying your class, charisma, and passion on the touchline once again. Our loss will be someone else’s gain.