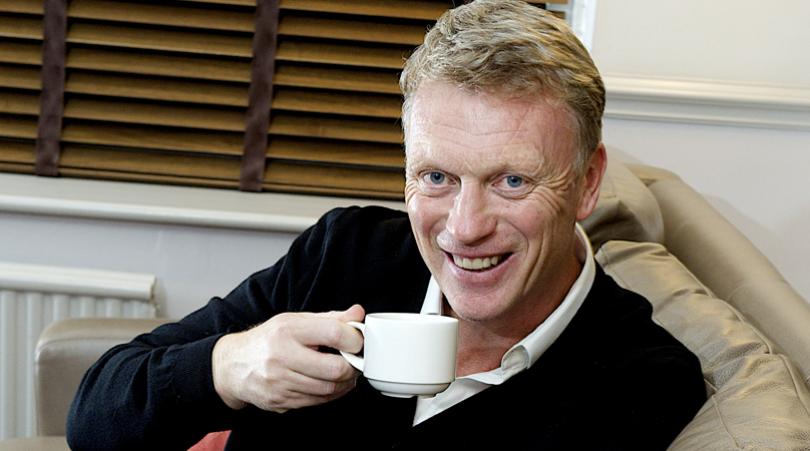 There has been lots written and said about recent events at the club, having had a chance to mull it all over I thought I would have a go at putting my thoughts together, looking at Bilic and his departure, the board’s handling of things and the arrival of David Moyes .

I have long been a critic of Slaven Bilic and called for his departure. I have been shocked at the fans reaction to him and his leaving. While I don’t believe he deserves abuse I am at a loss to understand people saying they are sad to see him go. The performances have been shocking; the most depressing thing for me was sitting at the Liverpool game watching the team be thrashed at home in an abject performance while the fans sat not in anger or disbelief but resigned acceptance, we were expecting it. I never thought I would see a West Ham crowd react so tamely to such a performance and that spoke volume about where had fallen to.

“He’s a nice bloke” – He may well be but that does not mean he should of kept the job. “he’s West Ham legend!” – No, he isn’t. When Billy Bonds left the manager’s job I thought it was handled badly but I didn’t think management was for him, I felt sad because Billy Bonds IS a West Ham legend; 663 appearances over 21 years, Captain and Icon – I was gutted for him.

Slaven Bilic turned up in 1996, played really well at Centre Back, he had a clause saying he could talk to clubs if a bid hit 4 million quid, Spurs made a bid but the clause only said he could talk to them not he had to be sold, Redknapp held firm and he stayed before moving on to “bigger club” Everton for 4.5 million after 18 months and 47 games – To put that in context Mo Diame got slated for wanting a move and played 71 games.

“Slaven Bilic enjoyed a great first season” Well yes there were some high points and the final game at the Boleyn will live long in the memory, but with Payet in World Class form and a squad flying I honestly view that season as a missed opportunity. Despite the fine performances there were some defensive horrors and a failure to gain the expected points against some of the lesser lights. I honestly believe we should have been top six and had a real chance to break the top four.

Since then 14 wins from 49 premier league games tells only part of how poor we have been, I am so pleased Slaven Bilic is no longer West Ham Manager, I do not feel sorry for him, he got it badly wrong and earned seven and a half million quid for doing so. His biggest failing of all was in his inability to surround himself with a competent coaching team resulting in an unfit disorganised squad, and I cannot think of one single player who has improved under Bilic.

However, despite being one who has often defended the board, they have made a total mess of the whole Bilic situation. They should have replaced him in the summer but having failed to do so they should have got behind him. It has been clear for ages they have had reservations and they left him as a lame duck manager, it cannot have been about money, a few league places would cover the compensation, they have dithered and hesitated and let the club drift, they fired him after losing at home to Liverpool but let him carry on after losing at home to Brighton, Karen Brady’s piece in the Sun was uncalled for and if what she is saying is true only highlights the Board’s incompetence in leaving him in post.

Now David Moyes, I am not upset about his appointment per se but the board have appointed him almost with an apology, it is just for six months, he was available, he was good at Everton, hardly a ringing endorsement. I also worry that they have hired a guy who is suited to applying long term methods around training and organisation for a short term fix. Getting this team fit mid-season will be some challenge. However the early signs have been encouraging and I really hope he can turn things round. Right now survival will do, even though this squad are capable of much more.
My concern though is that the soap opera will continue. IF David Moyes can steer us away from trouble then we are still heading for months of speculation. There is a clear narrative that he is a short term appointment while we seek the “big name” we want. If we finish 14th – 17th then that all goes nicely, he kept us up, no fireworks, let’s see who we can get, of course if we cannot attract a top name and keep Moyes we would then look foolish. What if he does better though 11th – 14th from the current position would be decent and maybe deserving of more time, certainly the “big name would have to be pushing top 8 to justify the big wages he would get compared to Moyes. If we finish 7th – 10th and/or have a decent cup run, or dare I say win one, and then surely Moyes has to stay – unless we are signing a manager and expecting a champion’s league challenge! Having made a managerial change we can still expect this level of speculation over the coming months.

I do believe though that David Moyes will prove a significant upgrade and may have got really lucky because this squad, including the highly promising youngsters, has the potential to do so much better, with a bit of momentum, a bit of feel good factor, a bit of luck and a couple of signings Moyes could end up looking really good here. Get the defence organised and the fitness level up and we have potential going forward; Carroll, Chicarito, Arnautovic, Antonio, Kouyate, Noble, Obiang, Lanzini, Sakho, Obiang are all capable of playing at a higher level than they have this season while Rice, Holland, Martinez and Haksabanovic are all highly promising.

So now we await the end of the boring international break and the beginning of the next chapter. David Moyes may not be the most exciting appointment but I hope he is here for years, because that means he will have turned it around