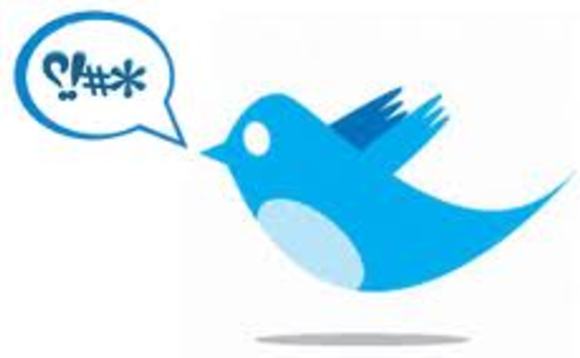 When I posted a frustrated tweet whilst watching the game with my Dad on Sunday afternoon, I could never have predicted that 24 hours later, my tweet would have been viewed over 10,000 times.

For those who haven’t seen it, my tweet read: ‘Singing ‘sack the board’ 8 mins in, seriously, some of these so called West Ham fans are a joke. We have a board who are West Ham supporters and who spend a hell of a lot of money. Who would be better exactly? How about you get behind your team, manager and board?!’

The tweet was born out of frustration and embarrassment at the behaviour of some of my fellow Irons.

I’ve supported West Ham all my life and have been a season ticket holder for over 20 years. I’ve seen the highs and lows. I remember the previous boards and our ups and downs to the Championship. It appears some fans have short memories, it was no bed of roses under our last two administrations. Being a West Ham fan is no easy ride, but what I’ve learned is you have to take the rough with the smooth.

The response to my tweet was mixed, some agreed with my sentiments, some didn’t, that’s the beauty of football, it’s subjective and everyone is entitled to an opinion. However, my tweet was one of positivity and about pulling together, so some of the abuse I was given by my fellow Hammers was shocking. It’s so easy to hide behind a keyboard and spew hatred. I was called, a Cu*t, a Sl*g, a ‘R*tard, an ‘A*se-licker’ told I should, ‘get back in the kitchen’ and to, ‘f*ck off and go and support the Y*ds’. That’s only to mention a few of the comments and replies. All that for voicing my opinion. (I should also mention I received lots of support, agreement and many very level-headed responses and nice DM’s, so thanks for that guys). I get that not everyone will agree with what I wrote, but since when do we turn on each other? What happened to the West Ham Family?

When @ExWHUemployee contacted me today and asked if I would like to write an article on my experience of voicing my opinions and the reaction of the fans, I was happy to do so because the response from some, was genuinely shocking.

I am of the opinion that negativity breeds negativity. The players hear the chants. Fans have a right to express their view, but why did it need to be done right at the beginning of the game? How can that possibly help a team with an already shattered confidence?!

Frustratingly, a lot of people are still complaining about leaving Upton Park and used my tweet as a platform to voice their negative views. I, like most fans, loved Upton Park. I saw my first game there and shed a tear as I watched the closing ceremony on our last game. But, we moved, it happened, where’s the use in continuing to moan about it 18 months later? What can be achieved by that?! We are at the London Stadium now, let’s make it a fortress, it’s the fans that make this club, not the stadium. I had people on Twitter yesterday telling me that they would rather be in League One and still be at Upton Park, which, to me, is insanity. You’re complaining that we’re not playing well and losing games, but if you want to drop down 2 leagues we’d have to lose a lot more games – where’s the sense in that?

There has been a lot of board bashing, which is understandable when things aren’t going well. They are an easy target. I don’t know who in their right mind would want to own a football club, all they get is abuse, yet Gold and Sullivan travel to every game and sit there and take it. Everyone is entitled to their opinion, but mine is that actually; we aren’t in a bad place. Have a look at what’s happened to Blackpool, Leeds, Luton Town and so many other clubs over the years. We are in the Premier League, we play at a large stadium that draws over 50,000 supporters every week and we’ve made some great signings over the last few years. Payet, Snodgrass, Fonte, Arnautovic, Zabaleta, Hernandez, to name but a few – All great players, how is it the boards fault that some of these haven’t fulfilled their potential? Who wasn’t excited when they heard about some of these lads joining us? Same with Moyes, he wasn’t my first choice, but he’s our manager and now he’s here, I will back him and remain optimistic that we can turn this season around.

It appears that there’s a really bad feeling amongst some of the fans at the moment, but I for one, will be at the Leicester game on Friday night, singing to bubbles, backing the players, the manager and the board. I’ve never booed a West Ham player, manager or board member in my life and don’t intend to start now.

I’m hoping the majority of West Ham fans will pull together on Friday night and get behind the lads and get us those much needed 3 points.