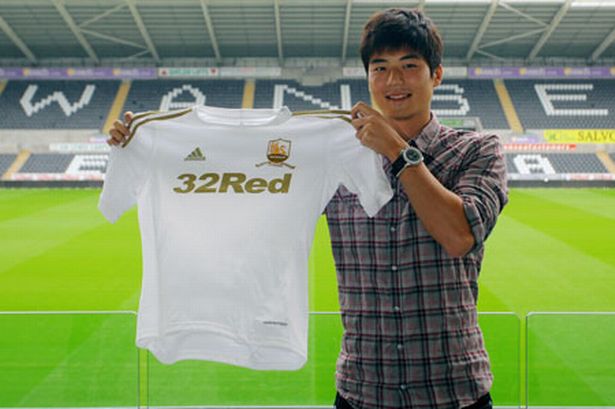 Yes! Bob Madley robbed us of three points. But to be truthful that would have just glossed over the stark reality, that we were very poor. It’s clear to everybody, that our midfield needs a massive overhaul. The Board have got to cough up, no spin from their Choirboy about “Moyes being happy with what he has got” and the next minute saying the manager had a 20m “war chest”. Twenty million is peanuts in today’s transfer market and The Board know it, time to cough up gentleman! We are playing catch up due to the lack of serious investment for the last few windows. No phantom bids, haggling over £200 with the selling Club. Offering a player far less than they are on at present, time for gimmicks are long gone, the days of hanging managers out to dry does not wash anymore, either invest or we get relegated it is as simple as that.

It’s not as though we have just suffered this season due to having a poor midfield, this has been the case for a long time. No pace, creativity or movement, even the simple task of retaining possession has been beyond our midfield. Slow pedestrian passes in the middle of the park, then when closed down quickly by the opposition, the ball is shovelled back in a hurry to our under pressured defence, resulting in the ball getting hoofed forward to anywhere. This has been the case under Allardyce, Bilic, Moyes and even Zola at least. Try as we might but we have never really replaced Yossi Benayoun, although Manuel Lanzini has certainly done the business in patches. As seen against Arsenal and Bournemouth, when Lanzini doesn’t play West Ham don’t play. The big problem with Lanzini is that he is inconsistent, which is frustrating as one senses there is so much more to come from the jewel that he is! Lanzini is also paying the price for a lack of quality in the middle of the park to assist him.

With a midfield like ours is anyone surprised our strikers have struggled? Our strikers have had to drop so deep, they have been almost on the half way line when they have been receiving the ball. Not even Messi could make an impact if he had been playing for us. Christ on a bike it is not bloody rocket science! You need the ball carried forward by the midfield, the opposition retreating. Resulting in space opening for the strikers and the goals come! Another way is for the midfield to feed tricky and pacey wingers, they go around the defence, and hey presto the strikers receive the ball on the front foot and the goals come! The defence have also suffered due to having no protection from the midfield. Let it sink in! Little Bournemouth, relegation threatened Bournemouth, cut through our midfield like a knife through butter. Launching attack after attack on our defence, under such constant pressure even the best of defences would wilt. True Zabaleta and Collins do get done for pace, but a clever holding midfielder directing the midfield would offer them protection, allowing the likes of Zabaleta to roam forward from time to time.

There has been a lot of slating of Kouyate and Obiang by some fans who suddenly believe Noble is the answer again. On the back of what? At the best of times Noble, Obiang don’t work anyway as they are basically the same type of player, as for Kouyate never the brightest player offensively or defensively, he simply couldn’t care two hoots. Walking back when the defence is under pressure, the language of someone who does not want to be at The Club. I don’t know what has happened to Obiang since Bilic left, but he is a shadow of the player he had been under Slaven Bilic, when for a long period he had been our stand out player.

Depends on who we manage to bring in, I could see both Obiang and Kouyate leaving. The trouble is we are really going to battle to attract top players with the position we are in. Managers and players don’t want relegation on their C/V for starters, forget about William Carvalho, there is more chance of me Sh****** Kate Middleton with Prince William watching than that happening! As for Steven N’Zonzi, the player has always blown hot and cold wherever he has played, so coughing out that sort of dough would be a big risk, even if we were prepared to cough up that sort of dough, Everton would be able to offer him a better salary and our league position would count against us. So, what of the other name being mention as a potential target, Ki Sung-Yueng the South Korean central midfielder who plays for Swansea City. He would be a shrewd signing, great vision, technique, can play a variety of passes and good at set pieces, certainly capable of lifting a ball over the defence, he would be a big help in the middle of the park. Stoke City’s Joe Allen, is another player being mentioned. Again, a good player and like Ki a big upgrade on what we have! Allen is a playmaker, good defensively and attacking wise, a lovely passer of the ball. Some will turn their nose up at the likes of Ki and Allen because they are not ‘next’ level players.

Well people need to get real! All hands-on deck we are fighting a relegation battle! That is the reality! It is going to be an extremely tough window; the January window is always a tough one to deal with. Money is tight all round, gone are the days of players going for £30m! £40m! £50m! with minutes to spare before the window closes. Clubs don’t want to part with their best players mid-season, not just West Ham, but loans are the one in January but there are good permanent deals out there. Still Gold and Sullivan have known the short comings for a long time, and have had more than enough time to have deals in place for the first week of January. Time to correct your wrongs, if you don’t… we will be relegated. That will be your FIFTH relegation, IF that were to happen you will find out what Armageddon is all about!

We are more than a football Club, we’re a way of life!!