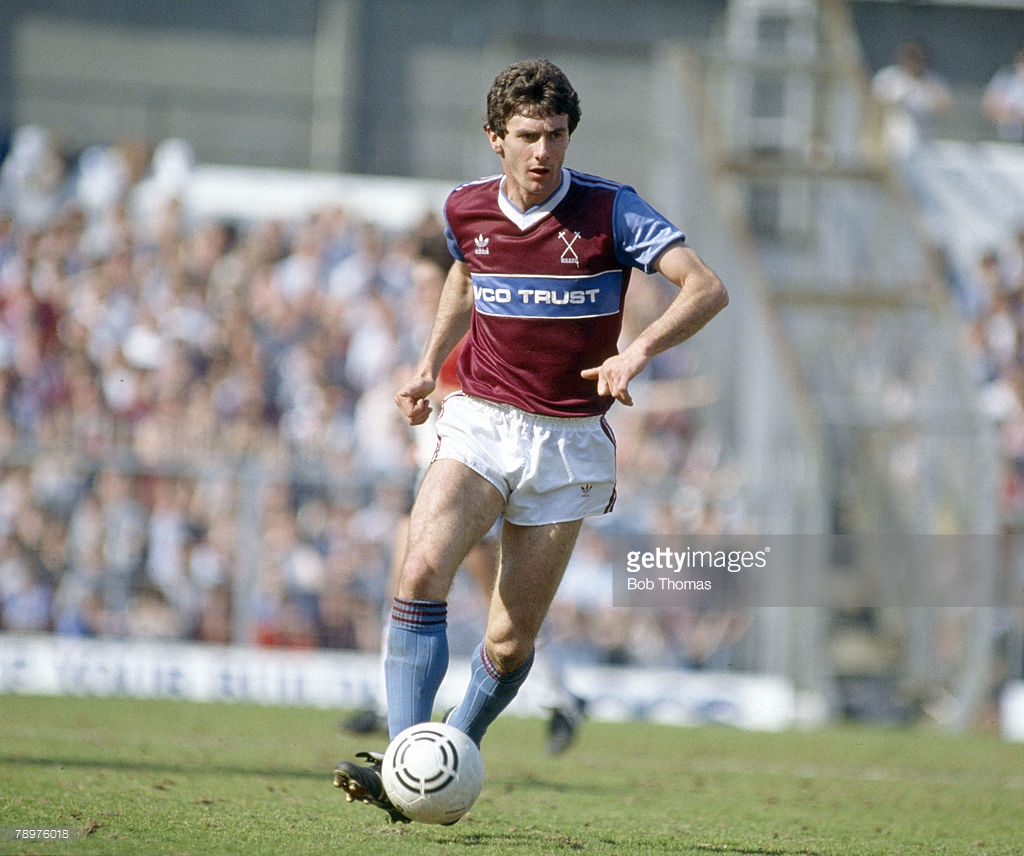 Our fifth guest of the year is right back, penalty king and absolute club legend Ray Stewart.  Ray played for the club from 1979-1991 making 345 appearances scoring a huge 62 goals.  He was voted in at right back in the clubs all time best 11 and was a former Hammer of the Year Runner Up.  He was the only non English man to start in the 1980 cup final and he scored a penalty in the 1981 League Cup Final at Wembley. He was also a part of the famous “Boys of 86” squad.  Ray is one of the most popular players to have pulled on a West Ham shirt and he is a former team mate of Mark Wark so the banter is bound to be great as usual.

The event will take place on the 10th February at the East Ham working man’s club from 11:00am-2:00 pm. We are offering this event at a bargain £25 and this event is guaranteed to be a top do and be a sell out like the previous three events (as I write this article we have already sold 100 tickets).  We have unlimited beer, cider, wine and soft drinks where you are certain to be served much quicker than any bar in Stratford.  You will not get this anywhere else!!

We have secured a number of top prizes for the raffle too and these are worth coming for in themselves.

Coaches to the London Stadium are also included and drop you much closer to the ground than you can get when travelling by train.  As usual former “Boys of 86” player Mark Ward will host the event with his usual Scouse wit and having been a former teammate of Ray’s he wont be afraid to ask any questions.

Make sure you don’t miss out and get your tickets here today: http://bit.ly/TWHW17

We also have an exciting opportunity if you wish to sponsor the event. PitchDMM are the first company to take up this brilliant advertising package and it has massively boost their business.  These deals can be discussed by contacting ExWHUEmloyee through twitter, or Dave Walker too.  We also have an email thewesthamway@gmail.com where you can register your interest.