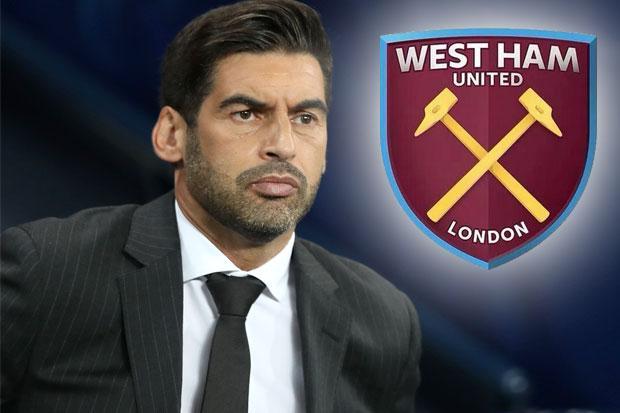 So, I was trawling through Twitter last night and came across an exclusive, I think by Mail Online, which suggested that Paulo Fonseca had met with West Ham regarding the manager’s job at the club. After speaking briefly to Ex, who everyone reading this will know is the most credible source when it comes to West Ham United, it seems that this was the case and that Paulo had impressed David Sullivan during their meeting.

With this, I felt like I would do another guest article for The West Ham Way on a man I know a bit about and why I personally feel appointing him as the next West Ham manager could be a very shrewd move by the club. While it’s understandable that some fans would be sceptical at such an appointment, especially as many are wanting a proven name, there are a few reasons as to why Fonseca makes sense.

I first became aware of Paulo through my own club, Sheffield Wednesday, in 2015. That summer our new owner Dejphon Chansiri decided that he wanted to appoint a new manager at the club, and our main target was indeed Paulo Fonseca, who had left his post in charge of Pacos Ferreira in Portugal. He turned the chance to manage us down and instead took control at Braga and I followed his progress from there.

In his sole season in charge at Braga, Fonseca managed to guide them to 30 victories from 57 games, which included 14 draws and 13 defeats. In Portugal, the top three sides are Benfica, Sporting and Porto and aged 42 Fonseca did well steering Braga to a 4th place finish. He also managed to guide them to Taca de Portugal success too, leaving the club with a win % of 50.88, averaging 1.82 points per match.

Looking a bit deeper into Paulo’s history as a manager before he made the move to Shakhtar, the only spell he will probably look back on with a bit of disappointment is his second time in charge of Pacos de Ferreira where his win ratio was 35.90%. He was extremely impressive in his other roles: Aves (42.11%), Pacos de Ferreira (53.66%) and Porto (56.76%). Now, it would have been quite easy for him to stay in Portugal, probably take up a role at one of the top 3 sides, but instead he had bigger ambitions.

I think it’s common knowledge that Portuguese managers aim to ply their trade in one of Europe’s top leagues eventually, with the Premier League the target for most. Some may be quick to suggest that the job at Shakhtar is easy or whatever as they are seen as comfortably the best side in the division, but you have to remember that with that comes a lot of pressure too.

Paulo didn’t just go to Shakhtar and do what was expected of him, he absolutely ripped it up there. He’s managed them for a total of 93 games, winning 73, drawing 8 and losing 12. His side have won league titles, cups and this season narrowly missed out on making the Champions League quarter finals, losing on away goals to Roma. Shakhtar under Fonseca have been extremely impressive. They scored 205 goals in 93 games, conceding just 81. They amassed a points haul of 227 and a points per match ratio of 2.44.

So, with his contract expiring next month, what can one of the game’s most promising managers bring to West Ham United? Well, first of all, he has the personality and charisma that I feel will help once again reconnect the fans with the club after what’s been a pretty turbulent period. You only have to watch Paulo dressed as Zorro after beating Manchester City in the Champions League to see why fans will take to him immediately. Don’t let that fool you though, as he’s a very professional manager too. He’s not scared of saying his piece either, especially when he feels the team hasn’t performed.

Chopping and changing managers is something that every club should be aiming not to do, and with Paulo being 45, he could well be at the help for a few years which can only be beneficial for West Ham. It’s highly likely that he would be looking to get the club into a position where they can qualify for Europe, and with his tactical nous, and backing from the board, there’s no reason why this shouldn’t be possible.

It has already been suggested to me by some West Ham fans on social media that the board won’t spend money and that they will expect someone like Fonseca to come in and work with what they’ve got. If Jorge Mendes is indeed representing Fonseca, this could potentially open up a few more doors for West Ham when it comes to transfers, which I’m sure the fans would be very pleased about.

Mendes has his finger in many pies so to speak, with the ability to do business with clubs in Portugal, while he also has ties to the likes of AC Milan and Monaco. His work at Wolves is evident and while he wouldn’t have the same role at West Ham, Fonseca’s connection to him would certainly be advantageous and could help the board to be more successful in their transfer dealings, both in and out.

If Paulo is appointed as manager, West Ham fans can expect nice, free flowing, attacking and expansive football. They can expect a manager that will do everything in his power to make a success of things with a Premier League job his big chance to impress. He’ll also be the kind of manager that fans want managing their club personality wise.