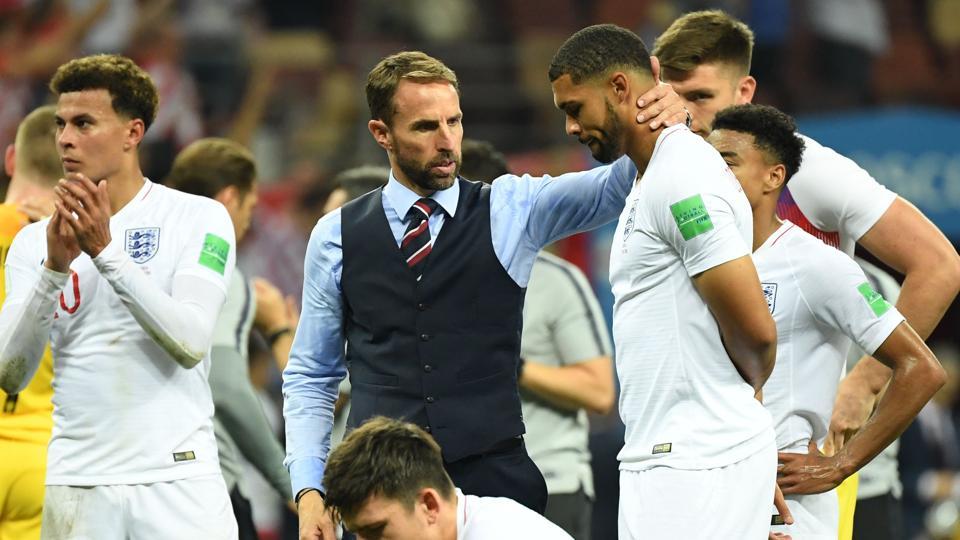 So it’s nearly midnight on 11th July 2018 and I am still feeling absolutely devastated, however when I reflect on the 2018 World Cup, I have to say that it has made me happier than I ever thought possible.

Rightly or wrongly I had lost the connection with the England team, I obviously always backed the side and wanted them to do well, but there just seemed to be something missing.  It wasn’t about results, it was the teams attitude.  I wanted to feel the passion I used to feel, but I needed it from them.

I started out thinking that England didn’t have any real chance of progressing far in the competition. Although I knew the pressure was off and they were a young hungry team, I never really believed we would progress in the way we did.

As soon as I watched a few games and saw that the ‘big’ teams looked uninspiring, it gave me hope.  That, together with the confidence of the youngsters, the bond between players and their fearlessness…..I started to believe we actually had a chance.

We witnessed the last gasp winner from Harry Kane against Tunisia, we saw them absolutely destroy Panama and then there was that defining moment…..the penalty shootout against Colombia.  I watched the first few penalties but it all became too much and had to sit with a blanket over my head! What had happened to me? I didn’t think I would get that worked up over an England side that I spend my life hating most of the players every week.  We won it, we actually won a penalty shootout.  Suddenly the whole country was excited, we were all in it together and we couldn’t contain the excitement we all felt.

We continued to progress, convincingly beating Sweden in the quarter-final but then came the all too familiar heartbreak….losing in extra time against Croatia.

Should I feel devastated?  Yes of course, we lost in the semi-final when we probably had it in our grasp….BUT that England team and Gareth Southgate have given me that passion back.  Yes it’s  disappointment and heartbreak, but for that I am actually grateful.  No I don’t want to feel this pain, but I am thankful for them giving me back the connection to my national side.  There is no passion without pain and without passion there is nothing.

Thanks to Southgate (one of the most likeable men in football) and his whole team, instead of saying ‘they’ I am back to saying ‘we’.  It’s about fighting and every one of those players fought their heart out. You have returned my England connection.

England – You did your country proud.

England – You have brought international football back home to me.