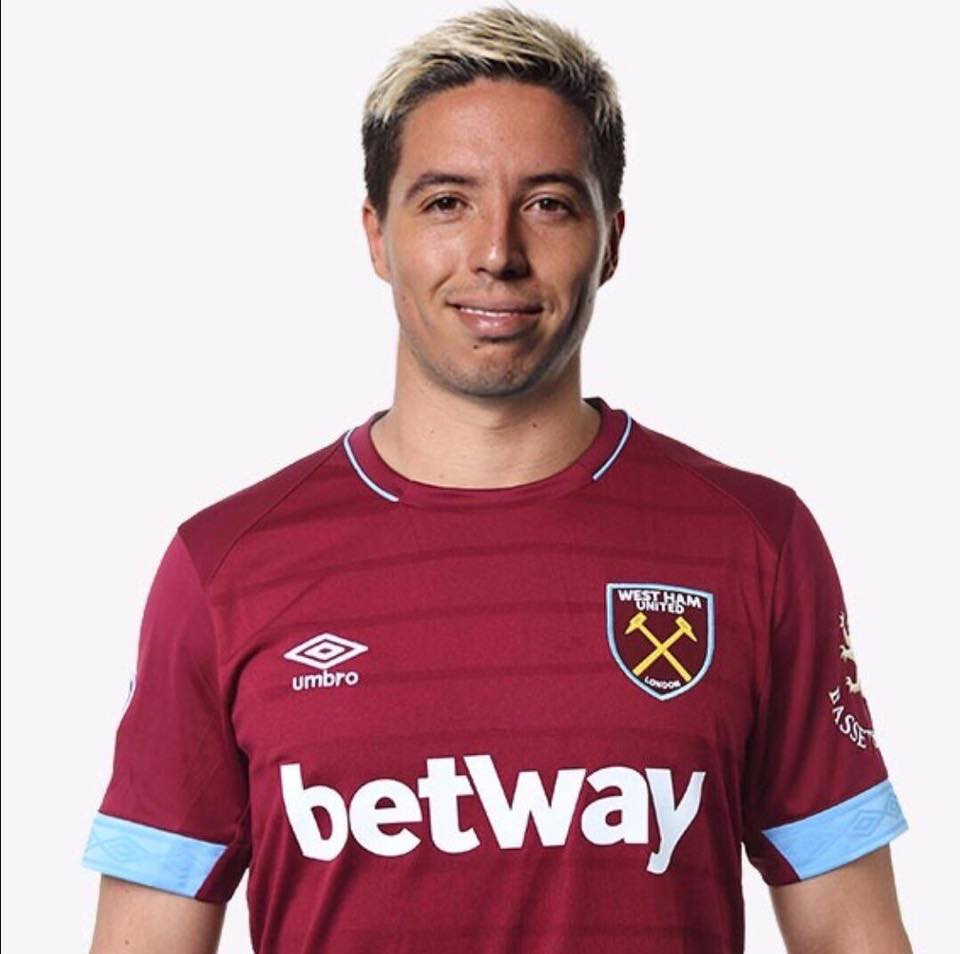 Samir Nasri’s arrival at West Ham had been on the cards for several months prior to him signing in January. The Frenchman and Pellegrini held early talks as far back as October, with the manager looking to add to a squad who’ve been ravaged with injuries and to reunite with a trusted playmaker – the type of player he loves in his teams. His appearance in the cup against Birmingham showcased some neat touches and intelligent play, yet it was against Arsenal when Nasri really shone, putting in a quality display and topping it off with an assist for Declan Rice. Whilst he didn’t last the full ninety, it is clear to see he will have a part to play in the second half of the season.

Operating in the midfield three with Rice and Noble, Nasri was allowed a free roaming role, with license to move out wide or push up towards Arnautovic. His intelligence and understanding of his teammates’ positions allowed him to pick passes with ease. Playing alongside players who are comfortable on the ball, such as Rice and Anderson, means that Nasri became a key component in the build-up play. Each player could trust the other to hold onto the ball, and equally feel comfortable when it was returned to them. Similar to how Lanzini and Payet regularly played between themselves, their technical abilities far greater than others.

However, Nasri now finds himself in a team that has been built to play on the floor, with intricate, quick passes in and around the penalty area. Every player is comfortable with the ball at their feet and this elevates a player like Nasri, understanding that his teammates are aware of his intentions. One could suggest that if Nasri had come into a side playing Allardyce or Moyes style football, then he wouldn’t have been able to show his qualities, nor control the proceedings in midfield like he did.

Nasri’s movement against Arsenal was also excellent. Firstly, after a chipped through ball from Noble to Arnautovic, Nasri moved into the unoccupied space in front of the Arsenal defence. Collecting the knock down from Arnautovic, Nasri was then able to manoeuvre away from Mustafi and lay a perfectly weighted ball into the path of Anderson, who was inches away from scoring. This mental mind map of the pitch Nasri possesses is similar to that of David Silva, knowing where he has to be at the right time, and subsequently where his teammates will be. The rolling pass into Anderson’s path was delightful, it seems so simple, but like putting a golf ball from a distance, it could go terribly wrong.

Nasri’s movement and weight of pass also played a major role in Rice’s goal. As the ball was recycled from the corner out wide again, Nasri starts to move towards the corner of the penalty area. As Anderson crosses again, Nasri has darted past Kolasinac, so when the ball breaks he can lay the ball to Rice to sweep home. Once again it is a tremendously difficult pass, but Nasri’s quality shines through, making it look effortless. It is the momentum a the pass which allows Rice to wrap his foot round the ball so well, adding the extra velocity to the already moving ball. It is a sign of a high-quality player in that they make hard skills look like a child could complete it. Despite being out for a year, Nasri has obviously not lost that intellectual edge to his play.

Moving forward, Nasri’s fitness is still not 100% as it stands. He was substituted early and you could see that he was tired. The match fitness will return in due course and as a lot of his game is not about making lung-busting runs or pressing like a headless chicken, he has some leeway in terms of his fitness. A few more seventy minute games should set him up nicely for February and beyond. At the moment, it appears Nasri is occupying the role that was earmarked for Lanzini upon Pellegrini’s arrival. With the Argentine nearing a return to the first team, it will be interesting to see how Pellegrini manages two players whom are somewhat similar in styles. Whilst Lanzini is far more mobile and dynamic, his match fitness will be no where near Nasri’s, meaning he may have to bide his time on the bench.

Nasri has shown that he still possesses that Premier League quality despite having made his last appearance in the league in 2016. Pellegrini relishes players of his ilk and has identified a trusted lieutenant from the past to gel the technical pieces of this West Ham puzzle together. With already one assist, Premier League experience and ever-increasing sharpness, Nasri may prove to be a very shrewd piece of business for the club.